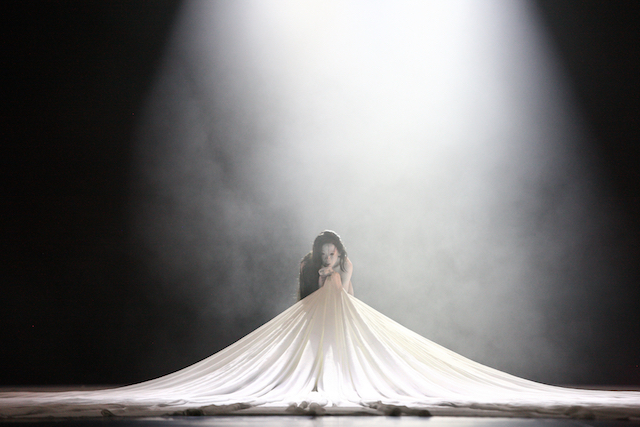 The Eternal Tides at The PuSh Festival

Renowned choreographer LIN Lee-Chen draws on Taiwanese tribal tradition and ceremonial rite in this monumental contemporary dance work. Inspired by the ocean that encloses her native island of Taiwan, Lee-Chen pays respect to life-giving water in a visually-lush spectacle featuring 18 dancers accompanied by drummer and vocalist.

“We are proud to partner with the PuSh Festival in hosting Legend Lin Dance Theatre,” says Charlie Wu, Managing Director of TAIWANfest. “Not only will this mark the first-ever time these revered artists set foot on our coast, it also provides Vancouverites the opportunity to encounter more of the extraordinary talent to emerge from one of Asia’s most culturally vibrant hubs with an incredible storied history.”

Adorned in exquisite costumes with striking minimalist sets in the backdrop, the artists of Legend Lin Dance Theatre promise to mesmerize audiences in The Eternal Tides. On stage, a vivid tableau of fabric and silver grass, red-tinted figures and shocks of white, are composed with flair and delicacy. With subtle, hypnotic movement, the dancers create poetry in motion, evoking the ebb and flow of nature and its precariousness in modern life.

Taiwanese folk and Taoist ritual are weaved in The Eternal Tides, among which the mystic legends of the eagle and the ‘White Bird’. Further, Lee-Chen uses symbolism of the seed, which travels via the sea to new lands to take root. A variety of 20 seeds— flower, grain and fruit—are featured as elements of the sets and costumes.

I have a pair of tickets to give away to this performance on February 3rd. Here’s how you can enter to win:

Update The winner is MK!