Pi Theatre and the PuSh International Performing Arts Festival present the English Canadian premiere of David Greig’s daring play, The Events. Inspired by the 2011 killing of 69 people at a summer camp in Utøya, Norway, the healing powers of love, forgiveness, and faith are thrown into doubt in one of the decade’s most incendiary and important works. The Events showcases Metro Vancouver’s vibrant community choir scene with a different choral group performing onstage each night, providing a consoling presence in the face of adversity. 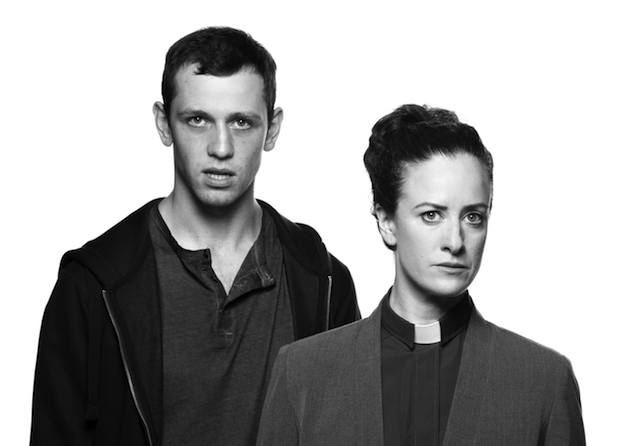 Directed by Richard Wolfe with musical score by John Browne, The Events’ narrative follows Claire, a female priest and choirmaster, who has recently experienced a faith-shattering act of terror. As she struggles to understand the event that changed her life, we are asked to decide whether love and hope can survive in the wake of an inexplicable act of violence.

The work is not a biopic of the 2011 attack in Norway, nor is it filled with violent acts. Instead, it follows Claire’s attempt to understand how someone could cause so much harm, and how this leads her on a path to self-destruction. The play focuses on the reaction of communities to acts of aggression and the difficulty of moving on. Ultimately, Claire finds her peace, and retakes her place in the community.

In this English Canadian premiere, the role of Claire will be played by Luisa Jojic (Bard on the Beach), with recent National Theatre School of Canada graduate Douglas Ennenberg playing six characters opposite her. Each evening, a different community choir will join the two actors in The Russian Hall (a space frequently used for choir rehearsals). The choir serves as part spectator, part performer, as they represent the community and share songs both of their own choosing and composed especially for the production. Essentially, more than 220 community members from 12 different choirs will participate over the show’s run.

I have a pair of tickets to give away to opening night on January 18th at 8:00pm. Here’s how you can enter to win:

Update The winner is Shelley Butcher!

Also on Miss604.com
« Vive les voyageurs Winter Festival
I Wrote About Cyberbullying a Decade Ago: Here’s What’s Different About This Problem Today »