The Canada-China Culture Development Association (“CCCDA”) presents an evening of silver screen classics, from Hollywood and China, with iconic soundtracks in concert. 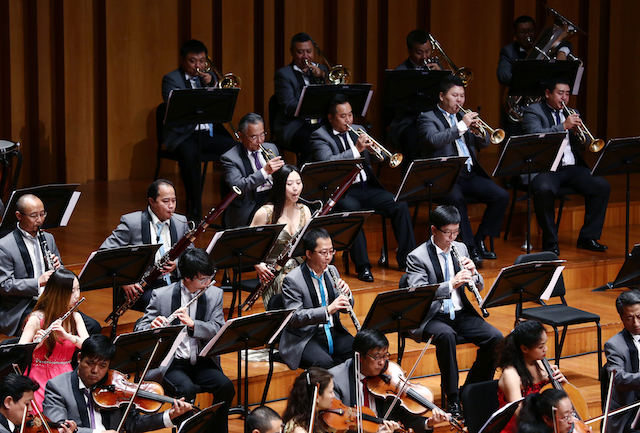 Where: The Orpheum Theatre (601 Smithe St, Vancouver)
When: Friday, January 12, 2018 at 8:00pm
Tickets: Starting at $29, available online now via TicketsTonight

Beijing’s China Broadcasting Film Symphony Orchestra (“CBFSO”) celebrates the magic of the movies with Cinema in Concert, this January at the Orpheum in Vancouver. The 80-piece CBFSO will perform with special guest soloists from within the local music community, including the 100-member local community choral group, the Vancouver Folk Song and Dance Troupe.

Led by acclaimed conductor Pang Ka Pang, the internationally-renowned CBFSO will perform dramatic themes from Oscar-winning masterpieces, while iconic scenes are projected above them. One of China’s finest symphony orchestras – known to sell out concert halls around the globe, the 80-member ensemble will bring new life to film scores including Braveheart, Casablanca, Jurassic World, Legends of the Fall, and Pirates of the Caribbean, as well as beloved works from China’s cinematic canon.

“Hans Zimmer. Ennio Morricone. James Horner. These names are the Mozarts and Beethovens of our modern age,” says Rudy Gao, presenter of the concert and President of the CCCDA. “Their creations have transcended space, time, and language; travelling the globe and adding excitement, tension, and emotion to some of our greatest shared stories.”

In total, the evening will feature compositions from five Oscar-winning composers. Between the five, they boast a remarkable eight Academy Awards and a total of 45 nominations.

Founded in 1949, as the earliest China national symphony orchestra, the China Broadcasting Film Symphony Orchestra (CBFSO) has performed and recorded music of nearly 2,000 films, TV dramas and documentaries. Since its first tour abroad in 1992, the orchestra has performed in more than 40 countries on five continents, and worked closely with renowned conductors, composers, dancers and performers.

I have a family 4-pack of tickets to give away to Cinema in Concert, here’s how you can enter to win:

I will draw one winner at random from all entries at 12:00pm on Thursday, December 28, 2017. Follow the Canada-China Cultural Development Association on Facebook and Twitter for more information.

Update The winner is Marisa P!

Share14
Tweet72
Share
Pin2
Email
Reddit
WhatsApp
88 Shares
Current Contests on Miss604
*All contests are open to residents of Canada only, unless otherwise stated. Contest timelines are published on each individual post along with entry methods. Some contests may only be open to those 19 years of age and older. Winners are announced on the contest blog posts. Contest policy »