“So, what’s behind the mountains?” John asked me when he first moved to Vancouver over 10 years ago. He grew up in America’s Midwest, where the sky is big and the corn fields roll on as far as the eye can see. I could understand his curiosity. “More mountains,” I replied.

I felt pretty confident with this statement, being a local who has taken many flights to Northern BC, and road tripped and camped across the province my entire life. Of course there’s also Google Maps to bring a point home.

For his birthday this year, I lined up a special treat for John. We love exploring our region, whether it’s from the top of a mountain or sailing on the sea, and this year we took to the sky with Sky Helicopters. 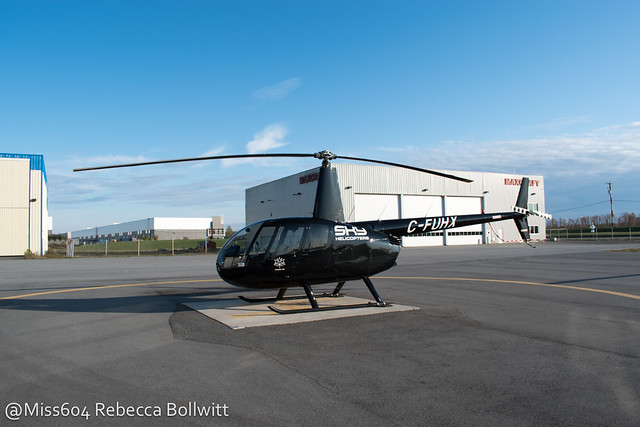 I first met the team from Sky Helicopters back in 2015 and when I was trying to think of something really unique and experiential to give John for his birthday, their tours came to mind.

We drove out to their hangar at the airport in Pitt Meadows (they can do Downtown Vancouver pickups for an extra fee) and checked in for our flight. It was a gorgeous fall day. As we sat in the passenger lounge we looked out at the Trans Canada Trail along the Fraser River dike. Families were out for walks, dogs were pulling at their leashes, and cyclists were braving the chilly late-fall winds. Leaves were tumbling down from branches like the snowflakes we saw earlier in the week.

Our helicopter arrived, one of six in Sky’s fleet, and we met our pilot Ryan who was just returning with another pair of passengers. We walked out onto the landing pad, got a safety briefing, and soon enough we were hovering above the airport.

Neighbourhoods stretched to the edges of golf courses, which bled into bright red cranberry fields, and the green of the Pitt-Addington March flowed out of a bright blue Pitt Lake. 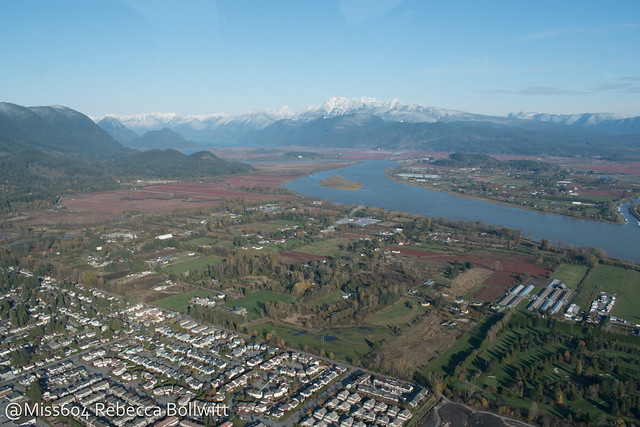 Quarries and industrial sites revealed themselves from the air as we zipped over Westwood Plateau, Coquitlam Lake, and along the west side of Coquitlam Mountain. Straight ahead was Mamquam Mountain and in the distance, Garibaldi. Ridges and peaks on either side of us were blanketed in snow-dusted evergreens. 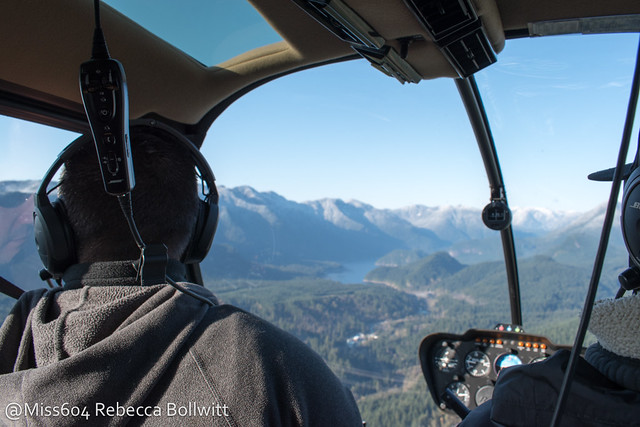 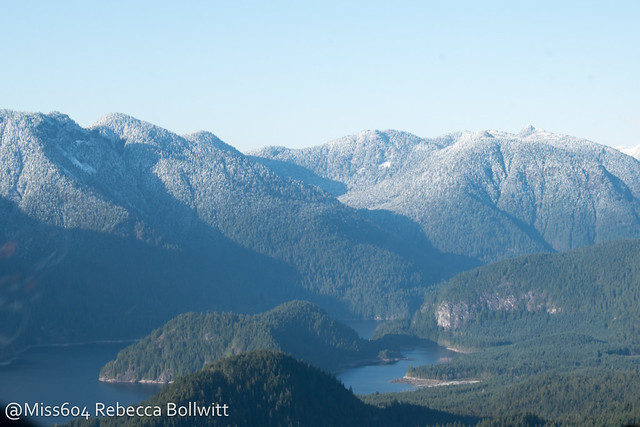 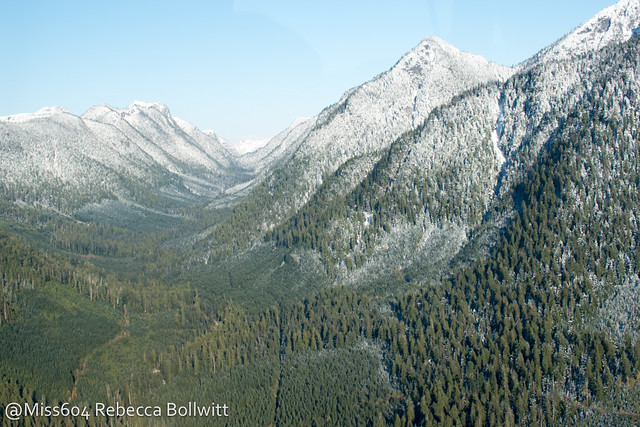 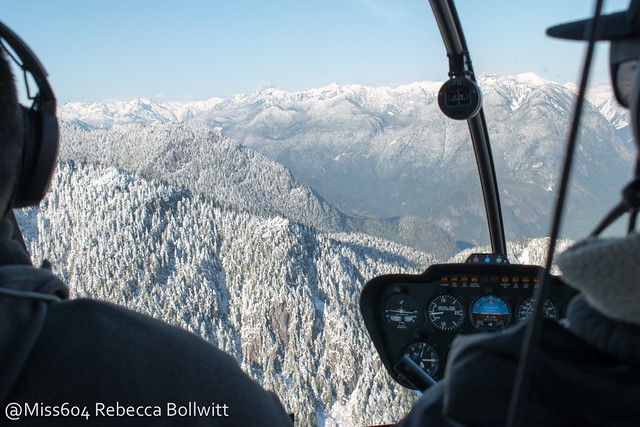 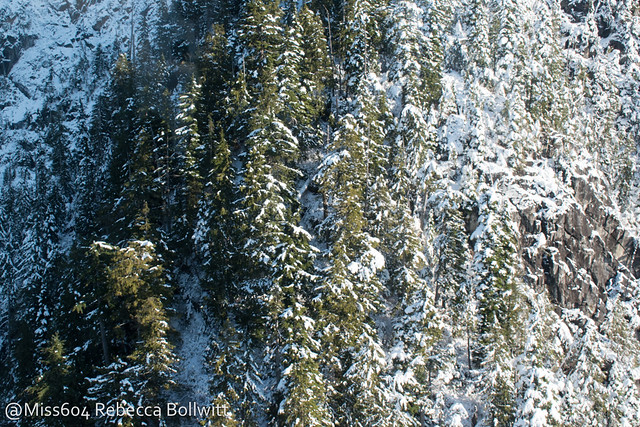 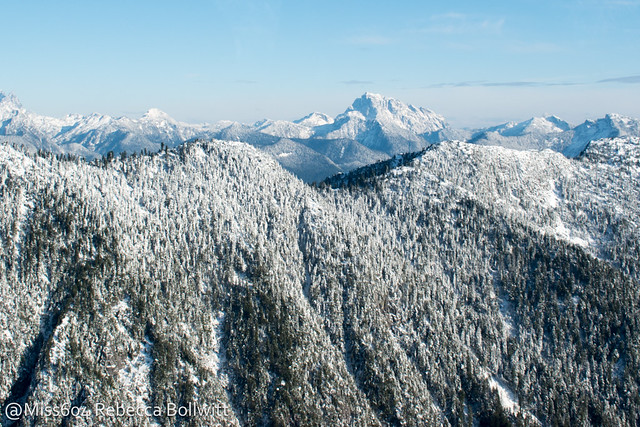 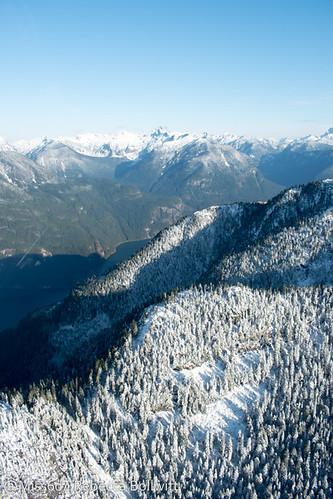 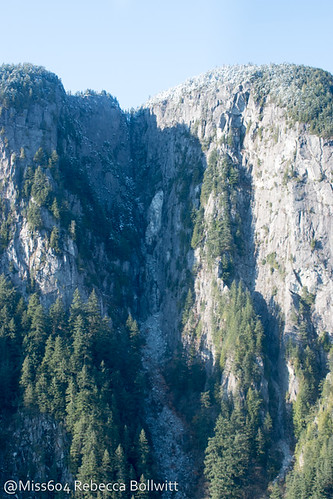 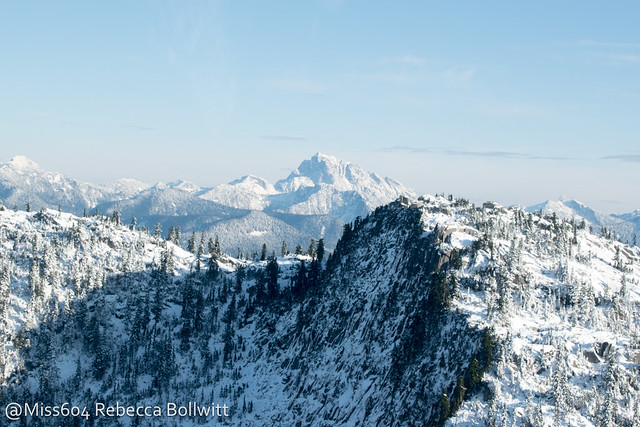 We did a u-turn at the north end of Pitt Lake and followed it back, with Golden Ears now on our left and Mt Robie Reid looking like it was just visiting us for the winter, on loan from the Rockies. 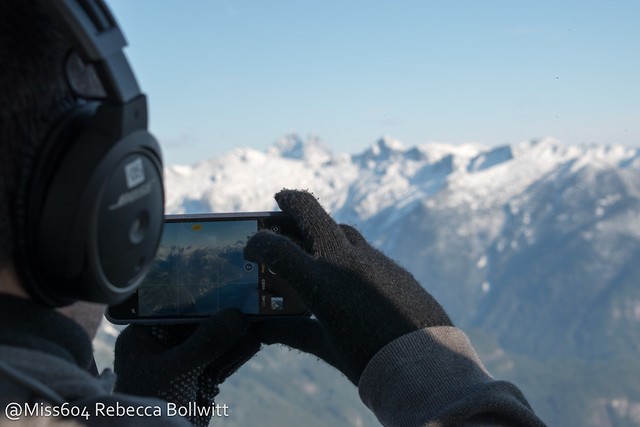 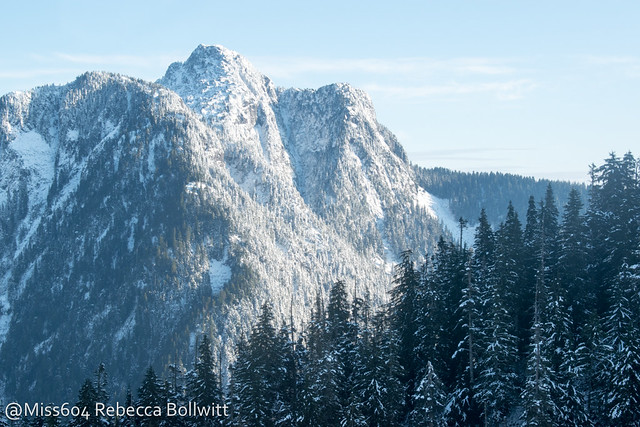 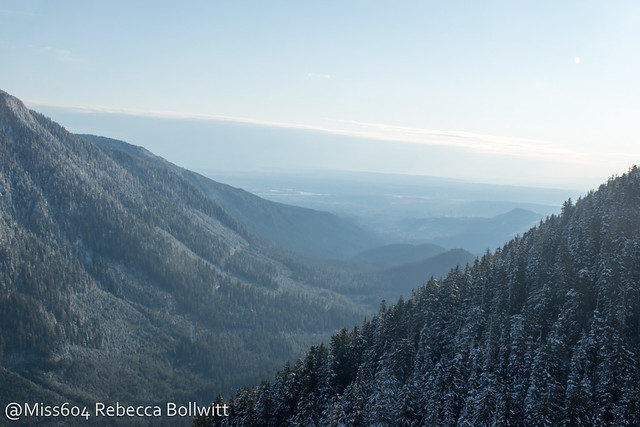 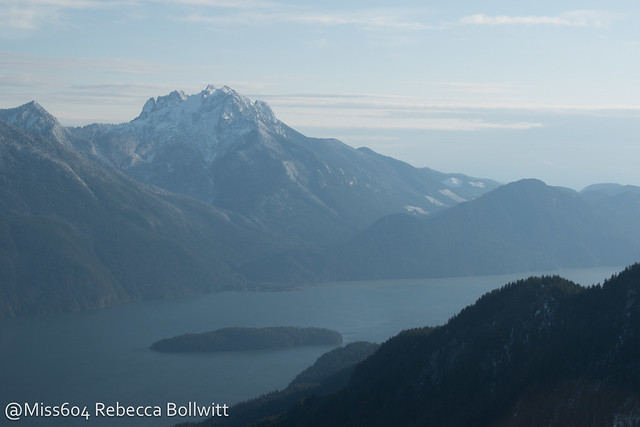 Our pilot shared information about the mountains and some local history, and all John and I could do was stop ourselves from repeating the word, “Wow!” over and over again. 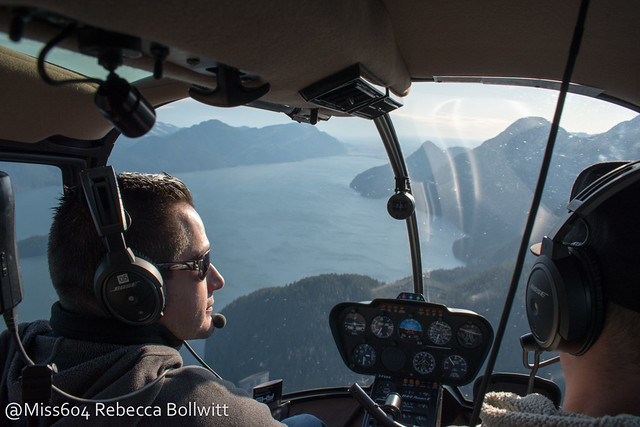 Looping around Pinecone Burke Provincial Park, we popped out of the mountains once again around Port Coquitlam and followed the Pitt River home. In the distance, a late afternoon sun was illuminating cityscapes in Burnaby and Vancouver just as it did for us an 30 minutes earlier with mountain peaks. 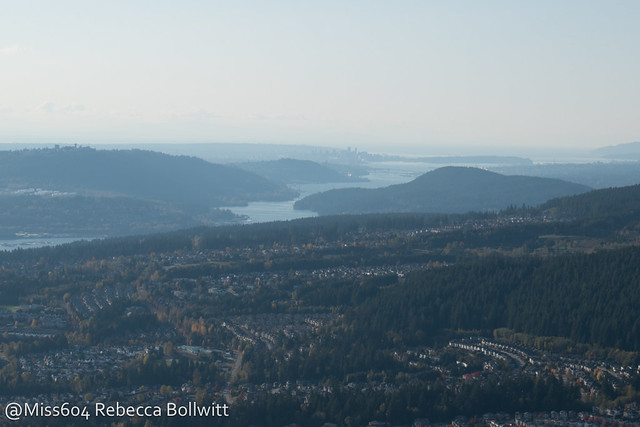 Unfortunately we couldn’t do a landing during the tour like we had planned (which is part of the Coast Mountain Adventure Tour), since it was far too windy, but that’s the nature of this type of experience. It’s all very weather dependant but when you can get a clear day, with a light dusting of snow and gorgeous fall colours, it’s spectacular nevertheless. 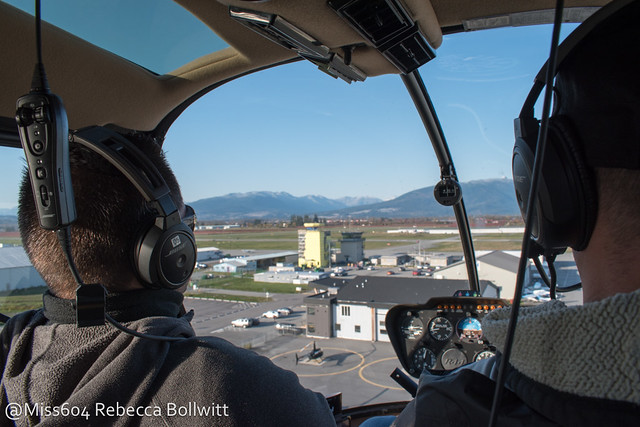 “Now I know what’s behind the mountains,” John smiled as we posed for our post-flight photo. Sometimes experiences and memories are the best gifts of all — that and helicopter rides are just really, really fun.

In the winter they offer a variety of tours including Waterfalls and Canyons, River Adventure, BC Backcountry, Indian Arm Fjord, and Sunset Flight.

The Coast Mountain Adventure Tour usually includes: 30 minute helicopter flight, 30 minute backcountry landing, free luxury shuttle service from major Downtown Vancouver hotels, tour narrative provided by the pilot. The cost is $329 per person (price listed on the website as of the publishing date of this blog post). What we had was more similar to the Backcountry Tour or Sunset Tour, which are both $219 per person (since we didn’t do the 30 minute landing).

Our experience was courtesy of Sky Helicopters, for review purposes. Views and opinions expressed are my own.

Share
Tweet7
Share
Pin2
Email
Reddit
WhatsApp
9 Shares
Current Contests on Miss604
*All contests are open to residents of Canada only, unless otherwise stated. Contest timelines are published on each individual post along with entry methods. Some contests may only be open to those 19 years of age and older. Winners are announced on the contest blog posts. Contest policy »
Comments are closed on this post
Advertisement