While the days are getting longer, with the sun setting in the late afternoon, the lights of Vancouver’s marquees are illuminated with entertainment options. 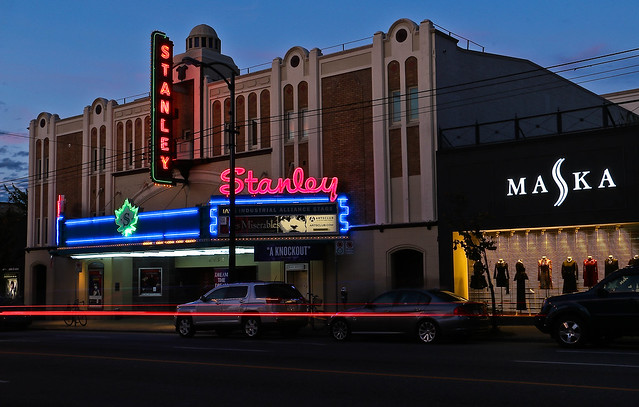 John and I love to celebrate Vancouver’s seasonal charms through date day/date night activities. In the summer, it’s a walk through Stanley Park and a picnic at Third Beach, or a performance at Granville Island followed by a water taxi and a walk home along the Sea Wall. There’s photowalks through cherry blossom groves or fallen rust-coloured leaves in the spring or autumn, followed by mulled wine at an outdoor market and skating at Robson Square with hot chocolate grasped in mittened hands.

There are many traditions and date night options in the city but my favourite, especially in the winter, is dinner on South Granville, sipping a crafted cocktail, then catching a show at the Stanley Theatre. Of course, that isn’t your only option and we’re lucky to have so many holiday theatre shows on stage in Vancouver right now. Here are just a few to get you thinking about your next night out, because there’s no reason to hibernate this winter when the city is glowing with entertainment options. 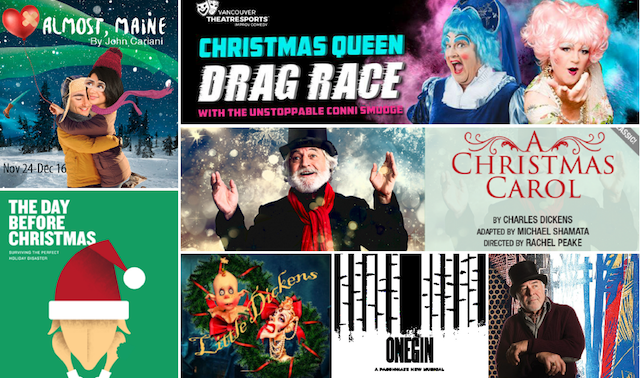 Company: The Daisy Theatre & The Cultch
Show: Little Dickens
When: December 5 until December 22, 2017
Where: Historic Theatre at The Cultch (1895 Venables St, Vancouver)

If you have a theatre listing to add, please leave a note in the comments section below, or send it in via Miss604.com/contact.

Also on Miss604.com
« CP Holiday Train Rolling Through BC with Free Concerts
JUNO Awards Return to Vancouver in March 2018 »