Shows will feature multi-genre line ups that will all take place within a 2.5km radius of one another at venues such as the Vogue Theatre (open to all ages), Biltmore Cabaret, The Imperial Theatre and Fox Cabaret, with a two-day outdoor event at the Red Truck Brewery back lot. 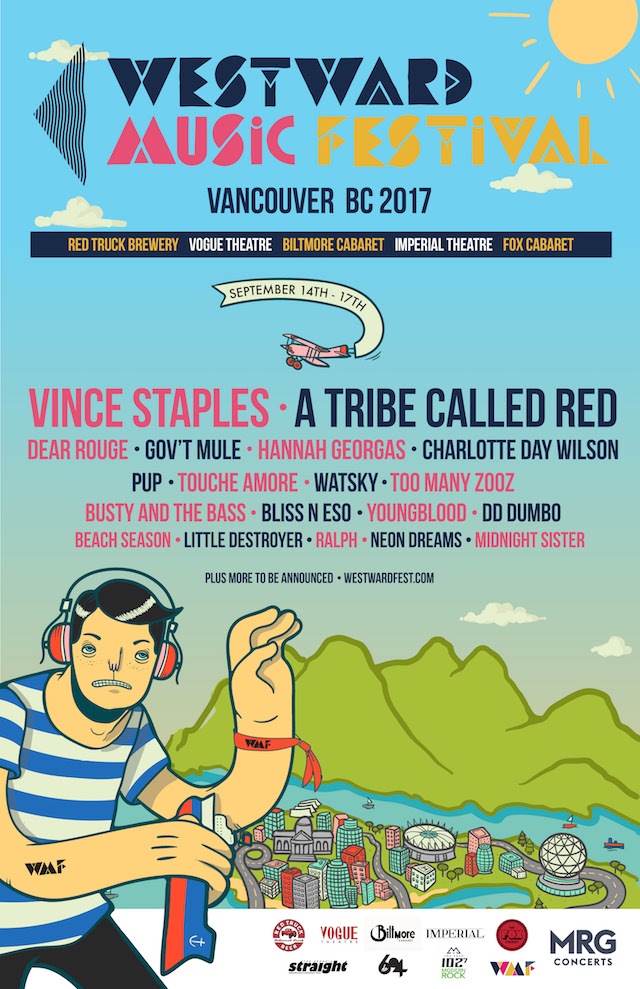 Global Pass: Gets you into the Red Truck Brewery Stage, all night venue stages, and entry into the “This Way to Westward” concerts series.

VIP Pass: Gets you exclusive access to the VIP viewing deck at Red Truck, which includes a private bar and washroom access all weekend long.

Weekend Pass: Gets you priority entry into the Red Truck festival site for Saturday and Sunday. Two full days of music, cold beers, and good vibes.

WMF Day Red Truck Wristband: Gets you entry into the Red Truck festival site on either Saturday or Sunday. Customize your concert experience and chose what night you want to attend.