What do famed Olympic sprinter Andre De Grasse, teddy bears, Charlotte Diamond and Scottish kilts have in common? These are all sightings you can expect to see in Coquitlam this June! Whether you’re a sports enthusiast, a parent of young kids or a working professional in search of new adventures, get ready, get set… 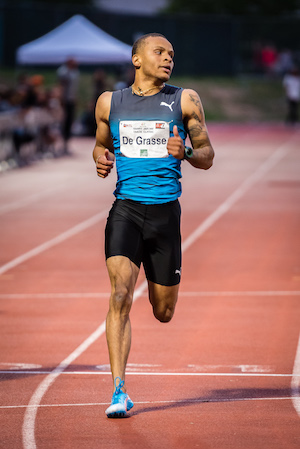 1. See Andre De Grasse race
Watch as Canada’s fastest man takes to the track at Percy Perry Stadium in the hopes of posting a record run. Andre De Grasse, who made headlines at the Rio Olympics, will compete in Coquitlam on Wednesday, June 28 at The Vancouver Sun Harry Jerome International Track Classic.

Others to watch include Melissa Bishop, the Canadian indoor and outdoor 800-metre record holder, and decathlete Damian Warner, who won a bronze at the 2016 Rio Olympics. Hop off at Lafarge Lake-Douglas SkyTrain station. 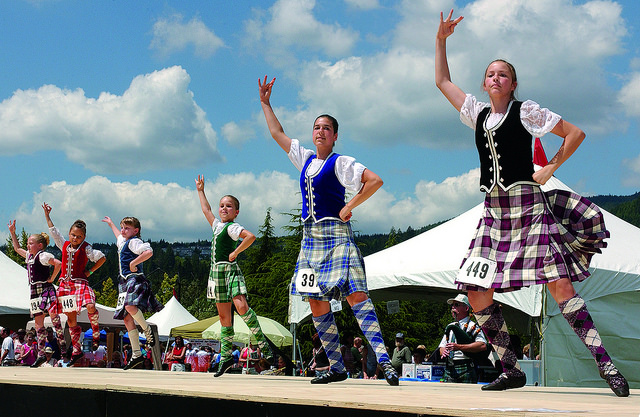 2. Get your Scottish kicks
Dig out the kilts and tartans and get ready to celebrate the BC Highland Games & Scottish Festival on Saturday, June 17 at Percy Perry Stadium (near Lafarge Lake-Douglas SkyTrain). You don’t need to have Scottish blood to enjoy the festivities, which includes highland bagpipers and dancers, drumming, heavy event athletes, food, whisky tasting, a beer garden, a haggis hunt, live music, Scottish delicacies and children’s activities. 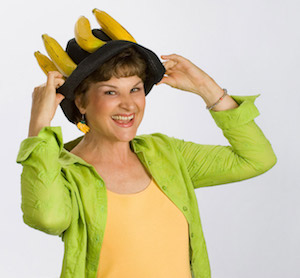 Round up the kids for an outdoor concert experience as performers take the stage at the Town Centre Park Plaza on Saturday, June 10 (near Lafarge Lake-Douglas SkyTrain station).

The entertainment begins with Tony Prophet at 3:00pm, Kellie Haines Ventriloquist at 3:45pm and Charlotte Diamond at 4:30pm. Don’t forget your teddy bears!

4. Teddy Bear Picnic Grande Parade
Cheer on the parade as it weaves its way throughout Coquitlam toward Town Centre Park, beginning at 9:45am on Sunday, June 11 (easily accessed by SkyTrain). The Teddy Bear Picnic kicks off at 11:00am, featuring storytelling, puppet shows, free balloons and face painting. 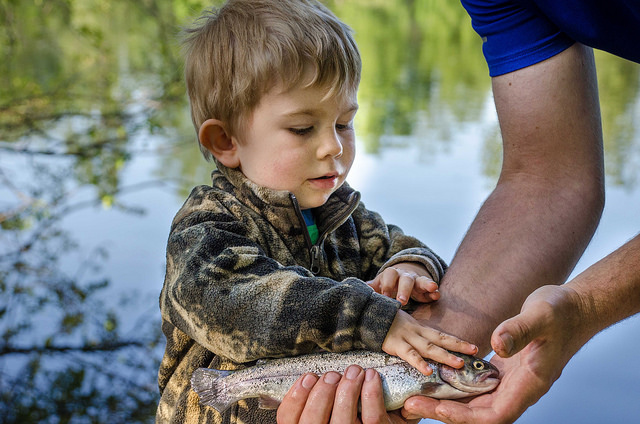 Fun at the Como Lake Fishing Derby in May

5. Free fishing derby at Lafarge Lake
Take part in some free, fishy fun for the whole family from 9:00am to 1:00pm on Sunday, June 18. Freshwater Fisheries Society of BC will be stocking Lafarge Lake in the morning with rainbow trout, so chances are high of reeling in a fish. Experts will also be on site teaching new techniques. The lake is at Lafarge Lake-Douglas SkyTrain station, with ample parking in Lot D at Town Centre Park.

6. Fraser Pacific Rose Society’s Rose & Floral Art Show
BC’s largest rose show is a juried event featuring hundreds of roses and horticultural exhibits plus free floral arrangement demos and guided tours. It all takes place at Dogwood Pavilion, 1655 Winslow Ave, on Saturday, June 10 from 1:00pm to 5:00pm and Sunday, June 11 from 9:00am to 3:00pm (award ceremony on Sunday at 3:00pm).

8. Daisy Day
A family-friendly event in Austin Heights (1000 Austin Ave) on Saturday, June 10 complete with children’s activities, prizes and a free pancake breakfast prepared by the Coquitlam Kinsmen. Enjoy performances throughout the day from Chapter 11, Fat Jazz, Five on a String, Disney singing princesses and a magician. 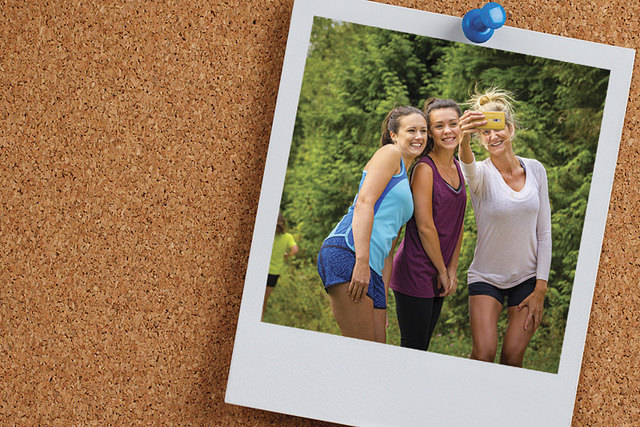 10. Snap a photo, win a prize?
Calling all adventurers! Have some fun while exploring Coquitlam this month. Your mission: Spot any of the four picture frames posted in prime positions throughout the city, pose for a photo, and share publicly on social media using the hashtag #explorecoquitlam. One lucky participant will win an awesome prize (to be drawn after June 30, 2017). Full contest details are online here »

Share103
Tweet23
Share15
Pin1
Email
Reddit
WhatsApp
142 Shares
Current Contests on Miss604
*All contests are open to residents of Canada only, unless otherwise stated. Contest timelines are published on each individual post along with entry methods. Some contests may only be open to those 19 years of age and older. Winners are announced on the contest blog posts. Contest policy »
Comments are closed on this post
Advertisement