The Kitsilano Showboat has begins its 82nd season of free entertainment in Vancouver, running every Monday, Wednesday, Friday and Saturday from June 19th until August 19th. Since 1935 this summer staple has featured musical acts, plays, and dancers all near the pool at Kitsilano Beach. 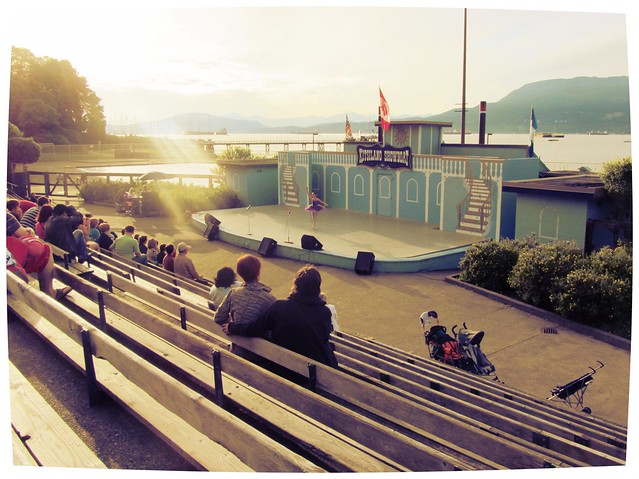 From the The Vancouver Concert Band and North Shore Light Opera, to The West Coast Tap Dance Collective, Mexican Dance Ensemble, Grupo Cubano Brisas del Palmar, Wailele Wai Wai, and the Hell’s Gate Blues Band, there is a variety of entertainment each evening. All programs start at 7:00pm and the Kitsilano Showboat is free to enjoy but donations are very welcome. On Canada Day, the program will begin at 3:05pm. 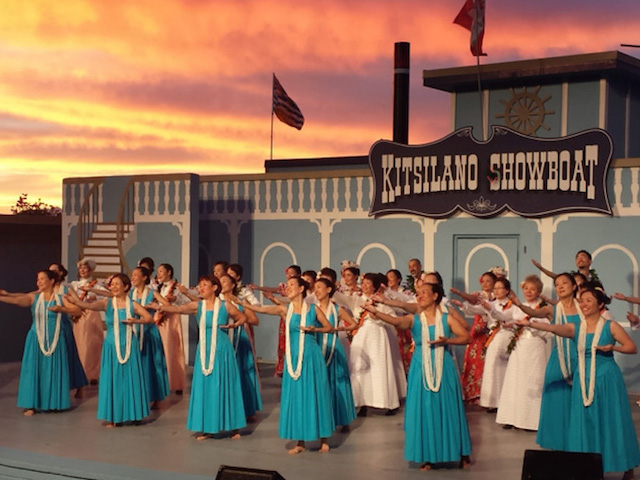 In 1935, the Kitsilano Showboat was founded by Bert Emery. That same year the new Kitsilano Chamber of Commerce organized its first evening of events which included swimming, diving, acrobatics and other entertainment. As the Showboat began during the depression, performers also benefitted as they were not able to secure jobs during those hard times. Made up completely from volunteers, the Showboat has provided free entertainment for almost 70 years. The iconic outdoor stage, built in 1954, represents a Mississippi River showboat. [Source]

This summer, visit the Kitsilano Showboat at 2300 Cornwall (at Kitsilano Beach) in Vancouver, and online on Facebook and Twitter.