The 29th Annual Dancing on the Edge Festival will push frontiers of contemporary dance, featuring over twenty-five innovative choreographers and involving over eighty dance artists. Vancouver will host a convergence of Canada’s best dance artists and choreographers, as well as two special performances.

To open up The Edge with Oath-Midnight Rain from the leading professional modern dance company in China, Beijing Modern Dance Company (BMDC). Oath-Midnight Rain explores Buddhist Samsara, the cycle of death and rebirth and the luminal moment between night and day, between black and white, between ending and beginning. Montreal -based company Helen Simard will close the Festival with their performance of NO FUN, a rockstravaganza and interdisciplinary dance piece based on the music and movement of legendary punk icon Iggy Pop.

Dancing on the Edge Festival

The 2017 Dancing on the Edge celebrates dance pioneers and risk-takers. Edge highlights include seven mixed programs, as well as new works showcasing some of Vancouver’s finest choreographers.

The Edge is presenting special events including EDGE Films: Best of F-O-R-M – a screening of selected international, Canadian and local films from the Festival of Recorded Movement; and two Dance Dialogue Sessions; Traditional Dance Meets Contemporary Movement. Join choreographers Natasha Bakht, Yvonne Ng , Olivia C. Davies and others as they discuss connections that contemporary dance in Canada is making with more formal traditional dance forms. Festival Director Donna Spencer will also lead What is Dance Dramaturgy?, a discussion about how dance dramaturgy can serve and/or confuse the creation of a new work.

Win Tickets to NO FUN

I have a pair of tickets to give away to the closing performance: NO FUN! For 50 minutes, three dancers and four musicians hit you full force with a giant wall of movement and sound. It’s on stage at the Firehall Arts Centre July 14 at 9:00pm & July 15 at 9:00pm. 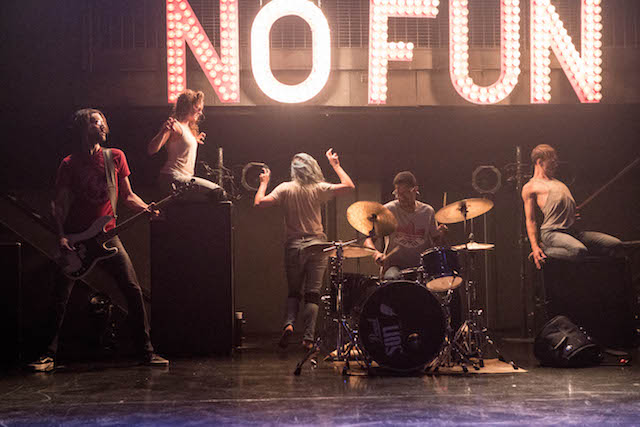 Update The winner is Adam!