Patrick Street Productions presents Warren Kimmel and Katey Wright in A Little Night Music, May 11-21, 2017 at the Anvil Centre Theatre in New Westminster. 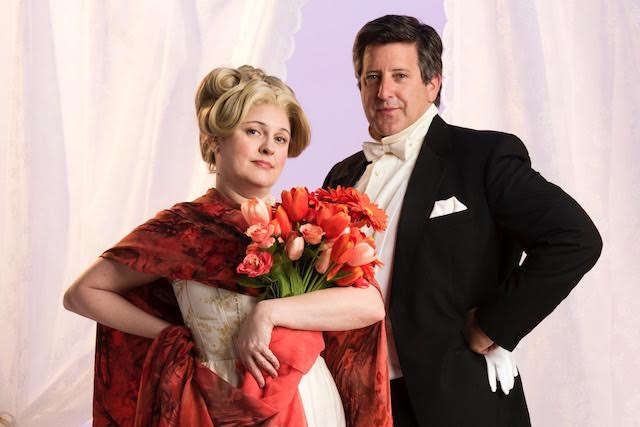 Stephen Sondheim’s sophisticated and luscious musical, A Little Night Music was inspired by Ingmar Bergman’s film Smiles of a Summer Night. It’s the story is a series of trysts, twists, and revelations that climaxes (so to speak) during a weekend gathering at a country estate. The original production received 6 Tony Awards (including Best Musical) and is one of Sondheim’s most beloved scores.

Patrick Street Productions’s own Katey Wright (The Light in the Piazza, Into the Woods, Merry Wives of Windsor) will be playing the role of Desirée Armfeldt, a role that has been previously performed by such luminaries as Catherine Zeta-Jones, Bernadette Peters, Elizabeth Taylor, and Dame Judi Dench.

Joining her will be one of Canada’s finest performers, Warren Kimmel (Fiddler on the Roof, My Fair Lady, Mary Poppins, Out of a Dream) in the role of Frederick Egerman originally played on Broadway by Canadian actor Len Cariou.

Peter Jorgensen (The Light in the Piazza, Into the Woods, Avenue Q) will direct, assisted by PSP Artistic Associate Chris Allan, who was the stage manager for the original West End production of A Little NIght Music in London.

A Little Night Music is the epitome of a Patrick Street production – sophisticated music, complex characters, an a story written with intelligence and heart. We cannot wait to share with our audience this sensuous, stylish, sumptuous delight.

I have a pair of tickets to give away to opening night on May 13th. Here’s how you can enter to win:

I will draw one winner at random from all entries at 5:00pm on Sunday, May 7, 2017. Follow Patrick Street Productions on Facebook and Twitter for more show information.

Update The winner is Krystal!