“Comedy on Wheels will showcase members of the disability community in performances that capitalize on some of our greatest assets – humour and storytelling.”

When: Thursday, May 18 to Saturday, May 20, 2017 at 8:00pm
Where: Performance Works (Granville Island); 1218 Cartwright St
Tickets: Available online now. May 18 pay what you can, May 19 $20, May 20 $25.
Value Add: “Humour & Disability” – join members of the artistic team and special guests for a lively, one-hour panel discussion on Saturday, May 20 at 4:00pm. All performances are accessible through ASL (American Sign Language) and Audio Description provided by VocalEye. Shuttle service to and from the venue available through advance booking. For shuttle info, please contact [email protected] 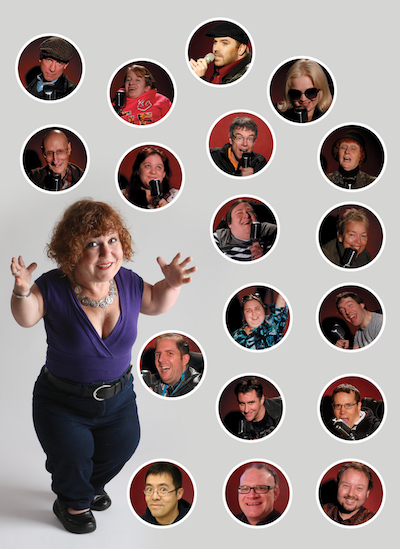 Making a special appearance in Comedy on Wheels is UK-based, Canadian-born comic Tanyalee Davis. At 3’6″, Tanyalee is the Ferrari of comedy – low to the ground and kind of racy! Tanyalee has performed her one-person show “Actual Size” in Melbourne and Sydney (2016), was featured on BBC’s “Live at the Apollo” (2015), performed her second solo show, “Big Trouble In Little ‘Gina”, at the Edinburgh Festival Fringe in Scotland (2013), and did a six-month run of her show, “Little Comedian, BIG Laughs” in Las Vegas (2011). Tanyalee is a member of the Abnormally Funny People ensemble, performing throughout the United Kingdom, as well as a writer and star of the Channel 4 series, “I’m Spazticus”.

Comedy on Wheels features a large community cast and is Realwheels’ newest project under the Wheel Voices programming banner. “A shared laugh strengthens our bonds and dissolves barriers,” says producer and Realwheels’ Man-aging Artistic Director, Rena Cohen. “Comedy on Wheels will entertain and surprise you with its novel perspective. Prepare to laugh away some of your preconceptions!”

“I’ve been acquainted with the excellent work that Realwheels does for a few years now. When I heard that they were putting together an ensemble cast for a stand-up comedy production, I decided to get involved,” says photographer Cathy Browne, who doesn’t let being blind stop her from following any of her passions. “Finally, in my early 60s, I’m doing something I’ve always wanted to do!”

Cathy says the entire community cast has stories to tell about living with a disability, and they are all as compelling as they are funny. “I’m having a fantastic time working alongside some very talented people […] I hope to see capacity crowds supporting us all, and the wonderful work that Rena Cohen and the Realwheels team does here in Vancouver.”

Get tickets for Comedy on Wheels here »

About Realwheels Theatre
Realwheels creates and produces performances that deepen audiences’ understanding of the disability experience. They envision full integration of people with disabilities in the performing arts. Follow RealWheels on Facebook, Twitter, and YouTube for more information.