This post has been contributed by the Ben Hill, Communications Volunteer with the Stanley Park Ecology Society (“SPES”).

We all have a mental picture of our dream home. For some it’s a city penthouse overlooking Coal Harbour, for others a cabin deep in the forest or perhaps a quiet townhouse with an immaculate yard. We want something that will suit our lifestyle, fit our likes and dislikes and give us a feeling of comfort and security. Our local birds use similar criteria when it comes to nesting each year. The variety in design and location rivals anything from the human world. 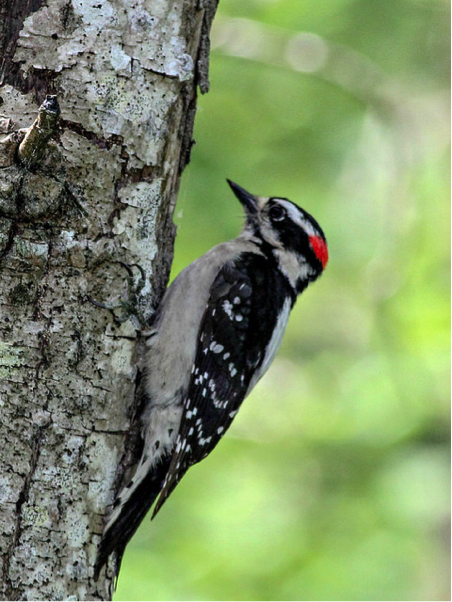 Some, like bald eagles, favour huge open air nests built of sticks, others an insulated cup of moss and feathers. The truly security conscious like the downy woodpecker prefer a deep hole in a tree. Birds are equally fussy about who they live with. Great blue herons prefer the hustle and bustle of community living. The colony in Stanley Park has more than 70 occupied nests arrayed in the trees above the tennis courts. Many birds are far more protective of their space and mark out a territory that they will aggressively defend.

By specializing it allows birds to avoid unnecessary competition, but birds can’t always adapt when something disrupts their nesting behaviour. It should come as no surprise that human development is one of the biggest threats to nesting birds. Part of the problem is that whereas we like nicely cut lawns and flowerbeds, this doesn’t suit some ground nesting birds.

Recent research by John Marzluff, a professor of wildlife science with the University of Washington has shown which local species are threatened by urban development and which do well around humans. Marzluff split the birds he observed over many years in Washington into ‘adapters’ and ‘avoiders’.

Adapters are birds like song sparrows, spotted towhees and juncos that will tolerate living in developed areas, even urban gardens and bird boxes. 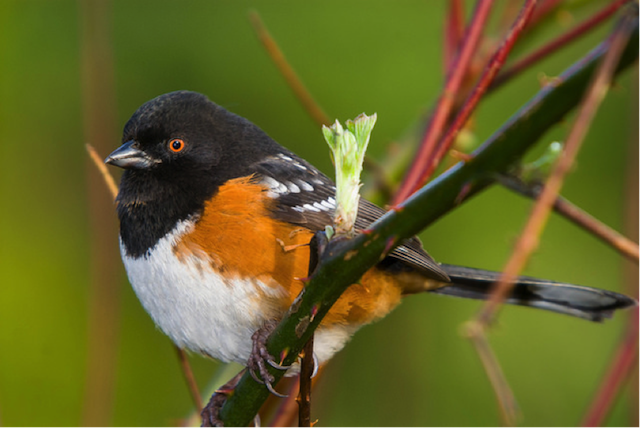 The problem species for those of us interested in conservation are the ‘avoiders’. These are often ground nesting birds that need cover from shrubs, ferns and roots for their nests. Flowerbeds and lawns just won’t do. The Swainson’s thrush and Pacific wren are two local ‘avoiders’ that are threatened by urbanization. The Swainson’s thrush is a long distance migrant. It winters in the Caribbean and South America, which shows how changes to the environment here in Canada can affect birds across the continent. If their habitat at one end is compromised, so, too, is their survival. 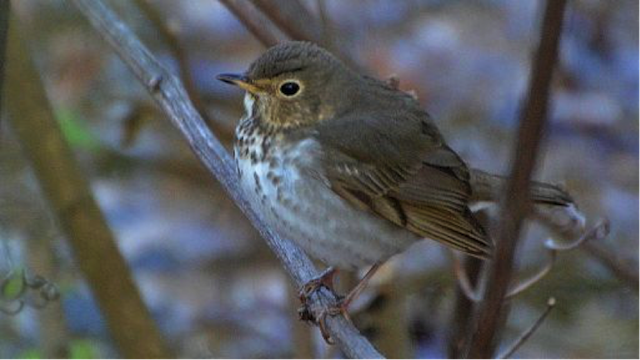 It is species like these that really benefit from the habitat we have in Stanley Park. Although our forest is second growth – the dense ground cover, including the old stumps, is great habitat for ground nesters. The Park’s forested areas are also much larger than the average garden, which simply means more space for territories. We’re now in the heart of breeding season, and while birds are nesting, the SPES is very careful to limit its work in habitat restoration and invasive species removal to make sure it doesn’t threaten birdlife nesting in the Park’s shrubbery, including in the invasive English ivy and Himalayan blackberry.

So the next time you are walking through the forested sections of Stanley Park, be sure to look down as well as up: bird nests can be at any level in the forest. While clearing away invasive ivy in Stanley Park, SPES volunteers nearly trooped across a Swainson’s thrush nest pictured here: 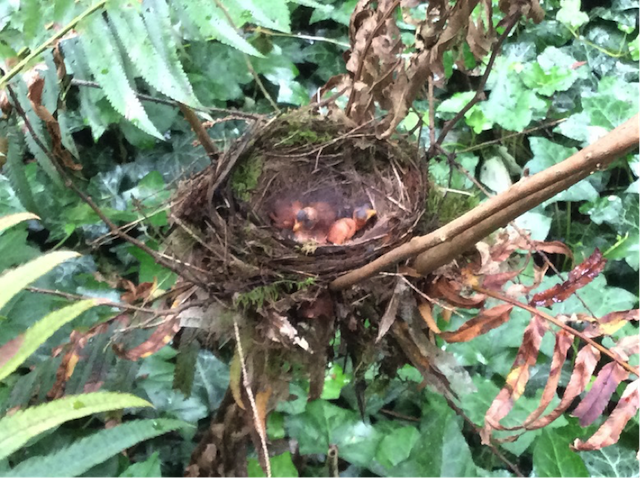