Being a city surrounded by waterways, bridges are an important part of our history. Did you know we’ve had three Cambie Bridges over the last 100+ years? We’ve also had two iterations of the Knight Street Bridge, two Port Manns, and just one Pattullo. There have also been three Granville Street Bridges, which are the focus of today’s photo feature (with references thanks to the History of Metropolitan Vancouver):

Mayor David Oppenheimer presided over the January 4th opening of the first Granville Street bridge. This first modest wooden span was 2,400 feet long and cost $16,000 to build. Before the year was out electric streetcars would be crossing the bridge.1 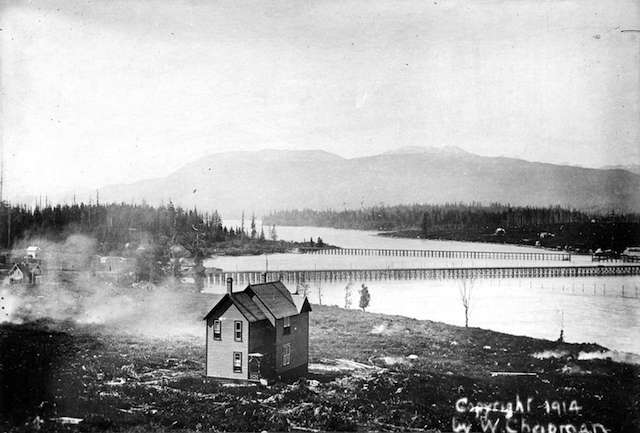 September 6, 1909, Governor General Earl Grey officially opened the new Granville Street Bridge. Lady Grey cut the ribbon. This bridge would last until 1954. It extended from Pacific to 4th, east of the original bridge. 2 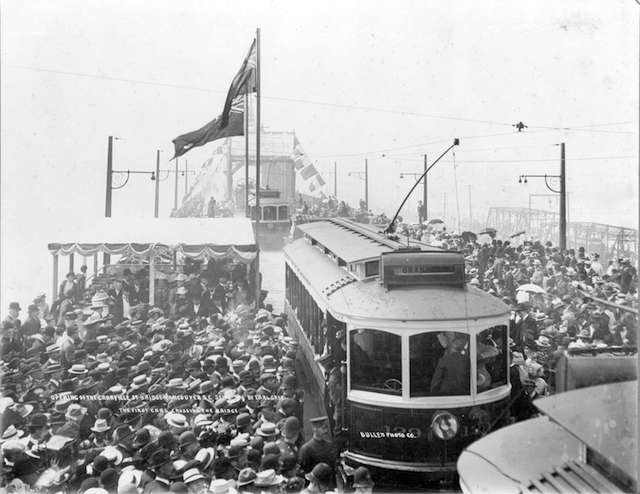 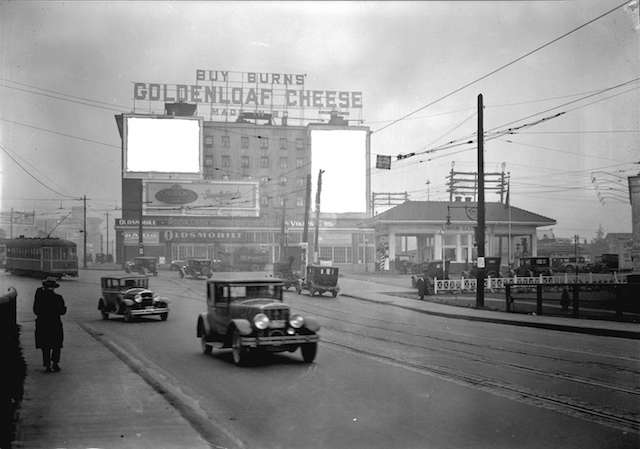 Mayor Fred Hume told a special luncheon at the Hotel Vancouver on opening day (February 4, 1954) that they were celebrating the official opening of the largest single project ever attempted by the city – with no formal assistance given by any other government body. The eight-lane structure was built on the same alignment as the first (1889) bridge, but longer and higher (27.4 metres above False Creek). Steel plate girders salvaged from the second (1909) bridge made barges for constructing the foundations of the Oak Street Bridge.

The first “civilian” to drive over the 1954 bridge was the same woman who was first to drive over the second bridge in 1909. She had been widowed in between the two openings, and so had a different name… but both times she was at the wheel of a brand-new Cadillac.3 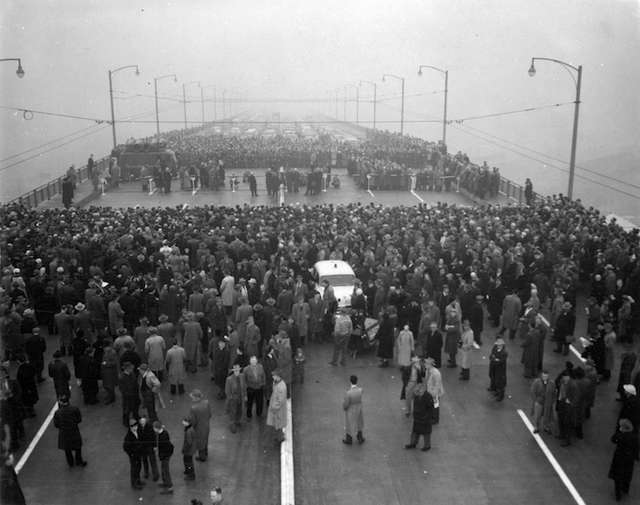 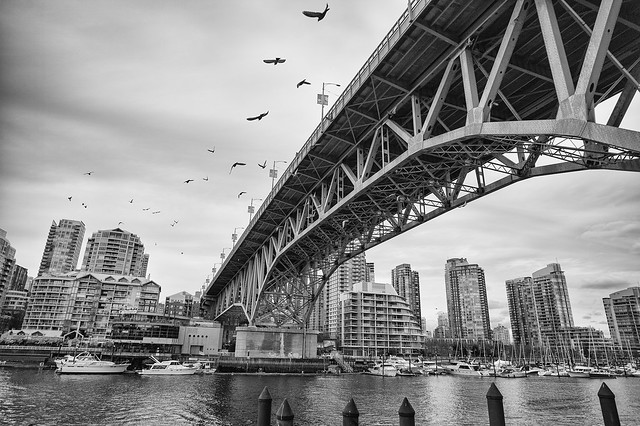 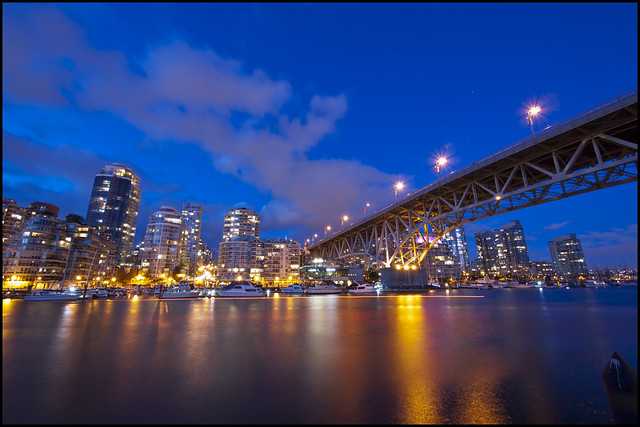 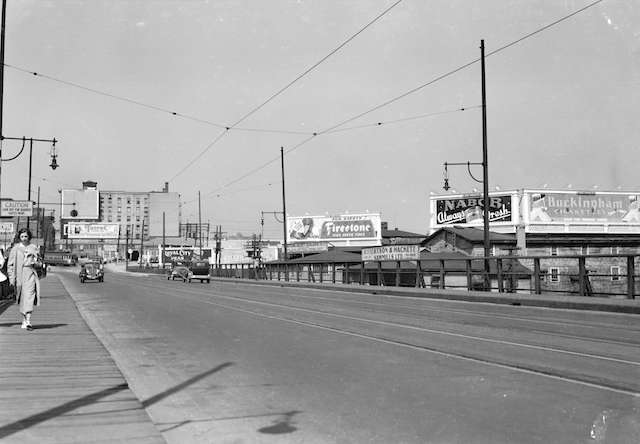 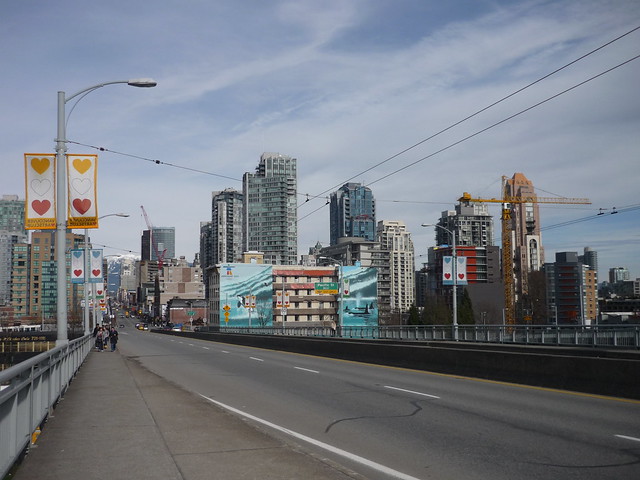 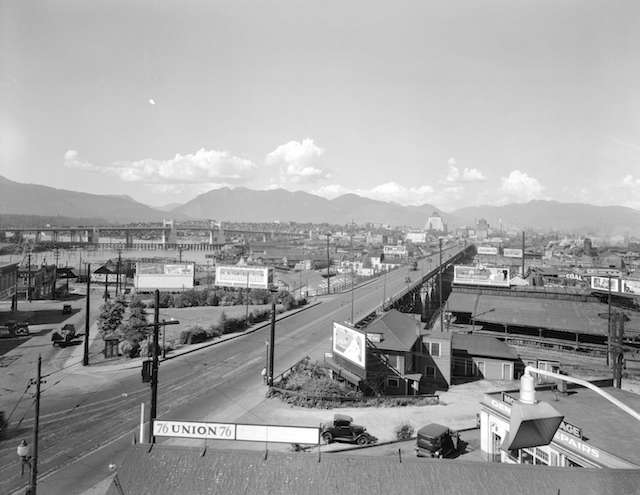 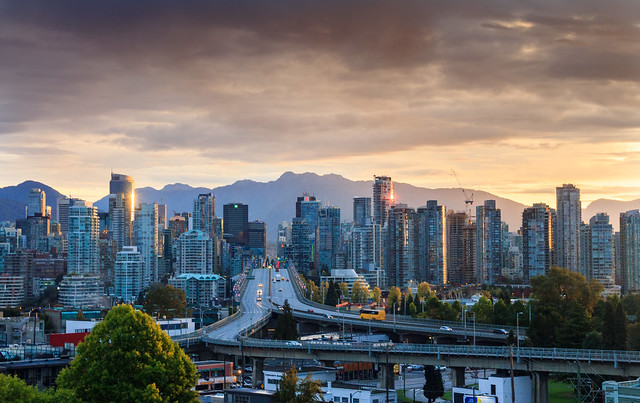