The Vancouver Academy of Music Symphony Orchestra (“VAMSO”) ends its season with a tour de force finale of riveting film scores in A John Williams Tribute at the Orpheum Theatre. This homage to the maestro of the movies will feature Williams’ epic and gripping works from Star Wars: The Force Awakens, Indiana Jones, Catch Me If You Can, and more performed by VAMSO under the baton of conductor Kathleen Allan. 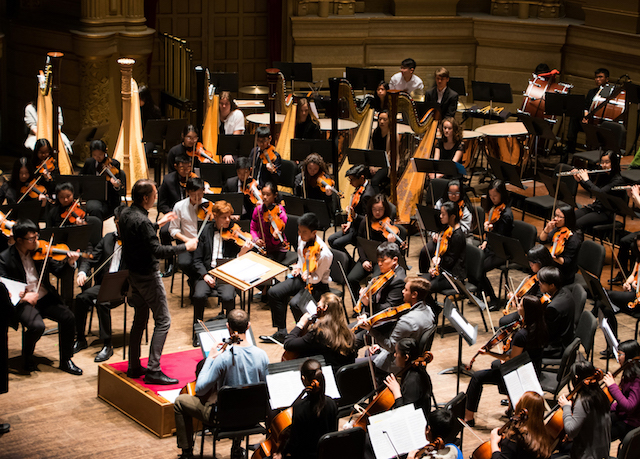 “John Williams’ music is just as iconic as the characters and stories of the films he scored,” says Kathleen Allan, Associate Conductor of the Vancouver Academy of Music Symphony Orchestra. “While he is most famous for his majestic and rousing themes, Williams also has an uncanny ability to spark emotion with soaring melodies and heart-rending harmonic shifts. This concert, in celebration of the recent 85th birthday of Hollywood’s most beloved composer, will showcase all sides of his diverse musical output.”

Audiences at A John Williams Tribute will be transported to mystic kingdoms and faraway galaxies while taking in memorable themes from silver screen classics by directors George Lucas and Steven Spielberg. While the program offers some of the most recognized motion picture music of all time, the concert will also include Williams’ lesser-known masterpieces. Such works include Suo Gan, the stirring Welsh folksong featured prominently in Empire of the Sun, and the ceremonious Hymn to the Fallen from Saving Private Ryan, which will feature the choirs of VAM’s Mary Buckerfield White Choral Program.

I have a pair of tickets to give away to this performance. Here’s how you can enter to win:

Update The winner is @darrenjohnson9!

Also on Miss604.com
« Things to do in Vancouver This Weekend
WOW Westminster: The W at Westminster Pier Park »