Ballet BC concludes its dynamic 31st season at the Queen Elizabeth Theatre, May 11-13, 2017 with a thrilling triple bill of cutting edge and inspired choreography by two prominent Israeli choreographers and Ballet BC’s Artistic Director Emily Molnar. 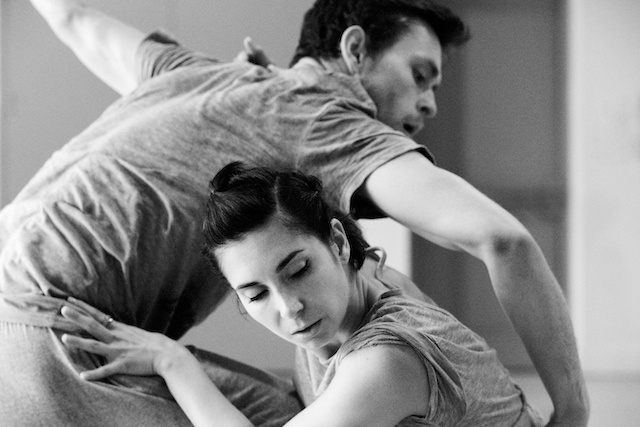 Program 3 features world premieres by choreographers Emanuel Gat, Emily Molnar and the Ballet BC premiere of Minus 16 by Ohad Naharin.

Israeli choreographer Emanuel Gat is applauded around the world for his work that “knows how to bend tradition with craft.” As the Artistic Director of Emanuel Gat Dance in France, his original voice is one of rare beauty and humanity that engulfs the stage with expansive spirit, architecture, intelligence, and intimacy. For this evening Gat will create a new 30 min work for the full company. Ballet BC is enthusiastic to collaborate with Emanuel and to be exposed to the many facets of his creative mind and choreographic craft.

Ballet BC’s Artistic Director Emily Molnar continues to investigate her work as a choreographer with the passionate and dedicated artists of Ballet BC. The National Arts Centre has commissioned Molnar to create this vibrant new work as part of ENCOUNT3RS, which pairs three Canadian choreographers with three Canadian composers to create works with original scores, in celebration of Canada’s 150th Anniversary. ENCOUNT3RS will be presented on the prestigious NAC Dance Ballet Series in April 2017 with the NAC Orchestra. Molnar’s creation, set to a commissioned score by the “brilliant musical scientist”, Canadian composer Nicole Lizée, will be brought directly to Vancouver audiences after its world premiere in Ottawa.

Ballet BC is thrilled to present for the first time a work by the revered Israeli choreographer and Artistic Director of Batsheva Dance Company, Ohad Naharin. Originally created in 1999 and set to an eclectic score ranging from Dean Martin to mambo, techno to traditional Israeli music, Minus 16 has been thriving on the world stage for years with a surprising playfulness that makes each performance unique. The work is distinct for removing the barrier between performer and audience and for its mesmerizing use of improvisation in connection with Naharin’s innovative movement language known as “Gaga.”

I have a pair of tickets to Ballet BC’s Program 3 (May 12th performance) to give away, here’s how you can enter to win:

Update The winner is Tania!