Vancouver Opera presents three new opera productions, and bold programming, for the inaugural Vancouver Opera Festival April 28 to May 13, 2017. It will be a wide ranging celebration of the vocal arts, designed to appeal to diverse audiences, all set conveniently in the heart of downtown Vancouver. 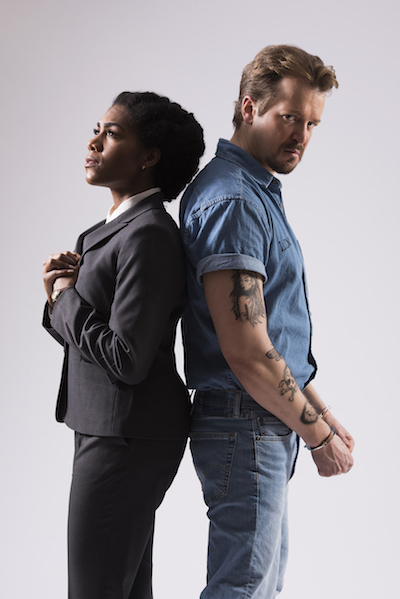 Mozart’s magnificent The Marriage of Figaro, at the intimate Vancouver Playhouse, will feature a terrific cast of emerging stars, sets designed by Vancouver’s multi-Jessie-Award-winning Drew Facey (Stickboy, 2014) and contemporary costumes by Canadian fashion designer Sid Neigum, who is receiving international attention for his bold geometric creations.

Tickets to Vancouver Opera Festival performances can be purchased at the VO ticket centre online or by calling 604-683-0222.

Save up to $120 on tickets to Dead Man Walking if you are under 40. VO just launched a new promotion for the Vancouver Opera Festival. Tickets for Jake Heggie’s modern masterpiece Dead Man Walking are only $40 if you’re under 40—a savings of over $120 in some cases.

$40 under 40 tickets are available in limited quantities so act now and get the best seats possible. To claim this deal, simply enter discount 6593 online or call the ticket centre. This discount cannot be applied to tickets already purchased. Tickets will be available at will call and ID will be required.

I have a pair of tickets to give away to the performance of Dead Man Walking on May 2, 2017 at 7:30pm at the Queen Elizabeth Theatre.

Based on the bestselling memoir by Sister Helen Prejean, this popular opera chronicles the story of a convicted Louisiana murderer who is befriended by a Catholic nun seeking to understand the nature of divine forgiveness. Prejean’s memoir was the basis for the award-winning 1995 film starring Susan Sarandon and Sean Penn. With a brilliant libretto by Terrance McNally and a dramatic and incredibly lyric musical setting by Jake Heggie—widely considered one of the great living opera composers—the work’s moral complexity, emotional depth make Dead Man Walking a standout of contemporary opera.

Update The winner is @Bonseyeview!

Share21
Tweet140
Share
Pin1
Email
Reddit
WhatsApp
162 Shares
Current Contests on Miss604
*All contests are open to residents of Canada only, unless otherwise stated. Contest timelines are published on each individual post along with entry methods. Some contests may only be open to those 19 years of age and older. Winners are announced on the contest blog posts. Contest policy »