Big things are happening all around the country for Canada 150 celebrations this year including the world’s largest film festival — ever! National Canadian Film Day 150 (“NCFD 150”) is a massive one-day, coast-to-coast-to-coast celebration of Canadian cinema in honour of our nation’s sesquicentennial. In partnership with REEL CANADA, the Vancouver International Film Festival (“VIFF”) will be celebrating the occasion with a full week of Canadian film programming.

NCFD 150 in Vancouver will include a full day of free programming with award-winning director Atom Egoyan on April 19th, and the screening of six Canadian-made features throughout the surrounding week. 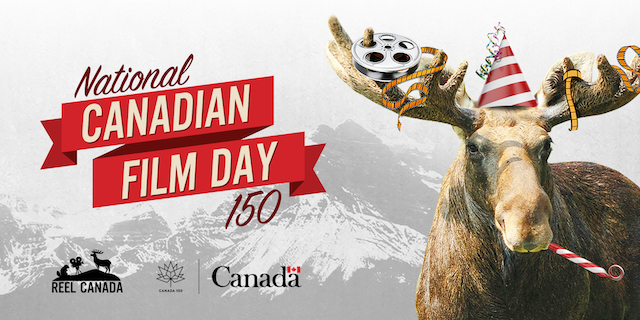 Egoyan will be in Vancouver on April 19th to introduce his Academy Award-nominated film, The Sweet Hereafter to mark its 20th Anniversary, and participate in an in-depth Q&A session with fans. Actor Bruce Greenwood, who stars in the film, will also join the Q&A. Egoyan’s 1994 film Exotica will screen on the same day, along with 1977’s Skip Tracer, a Vancouver-made cult classic chosen by Egoyan himself. All programming on NCFD 150 (April 19, 2017) at VIFF is complimentary and open to the public.

Audiences will also be treated to a selection of new and independent Canadian films, many of them filmed and produced in BC. A rebellious soccer mom, an imaginary friend modelled on Beyoncé, an astrophysicist, and a troubled drone operator are among the intriguing characters who appear here. Documentaries will also be screened, shedding light on the dark side of the internet, and offering a touching and inspiring portrait of addiction, poverty and redemption. These fresh and stimulating stories showcase the talent, creativity and spirit of Canada’s filmmaking community.

Free film events, tickets must still be reserved in advance:

Also on Miss604.com
« Follow Your Heart with Todd Richard and Variety BC
Hungry for Happiness LIVE »