The Variety Show of Hearts Telethon has been entertaining British Columbians for over 50 years and last year, it inspired local musician Todd Richard to support Variety BC in a very unique way.

Follow Your Heart with Todd Richard and Variety BC 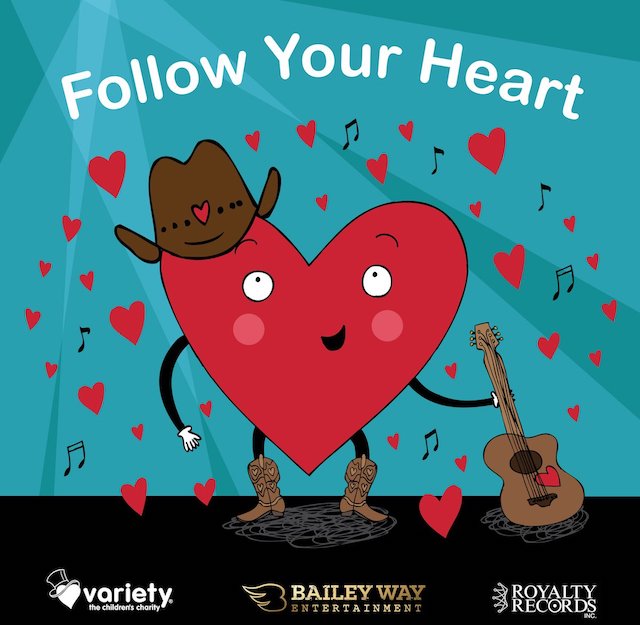 “My wife and I watch the Telethon year after year,” Todd told me over the phone last week. A semi-finalist in CBC Music’s Searchlight with multiple BC Country Music Award nominations, two albums under his belt, and numerous singles to country radio Todd has been growing his fanbase in the Canadian country music scene.

The Show of Hearts inspired Todd to start donating proceeds from merchandise, popcorn sales, and more to Variety. “It started in that way but I had a song I thought would be really cool to use, titled ‘If I Could Change The World With Just a Song’, and so I started brainstorming about doing this song and releasing it for Variety.”

Todd’s vision was to produce the song in a ‘We Are The World’ style, and that’s where more collaborators came into the mix. He contacted producer Jeff Johnson, who helped co-write an original song, just for this purpose, and the momentum grew from there with country artist George Canyon also coming on board along with a host of others.

“It was the fastest song either of us had written, like it just wanted to be on paper.” Todd and Jeff had the created the song so quickly and were excited about the end result. They presented it to Variety, with guitars in hand, and they just knew a lot of the organization’s member would be able to relate to it. “We have a really cool song here, it’s just really uplifting and powerful.”

The result is Follow Your Heart, available now for just $0.99 on iTunes with all proceeds going to Variety BC.

Variety – the Children’s Charity steps in where health care ends, providing direct help to children with special needs in BC and the Yukon. For over 50 years Variety has ensured children have the support to reach their potential. Rebecca Bollwitt, of Miss604.com is a proud Board Member of Variety BC.

Share14
Tweet30
Share
Pin1
Email
Reddit
WhatsApp
45 Shares
Current Contests on Miss604
*All contests are open to residents of Canada only, unless otherwise stated. Contest timelines are published on each individual post along with entry methods. Some contests may only be open to those 19 years of age and older. Winners are announced on the contest blog posts. Contest policy »