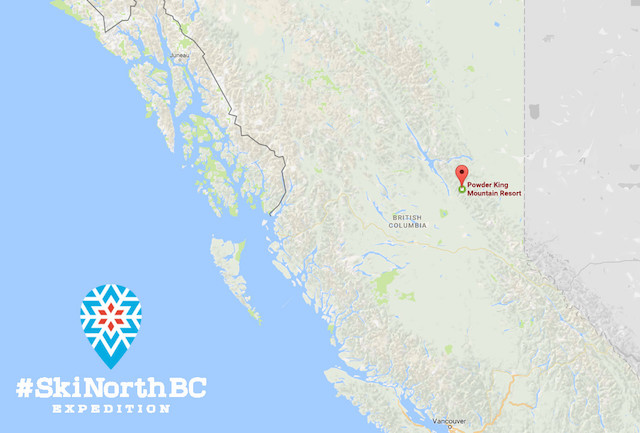 The team visited Terrace, Smithers, Quesnel, Barkerville — and the first story comes from Powder King. Reporting from Mackenzie, BC, SnowSeekers founder Jim Barr (aka Doc Pow) has shared this story on why Powder King is Tops and how it achieved its legendary ‘Whisper of the North’ status:

Meet Doug Thompson, aka Azu, who’s been at this Northern BC. resort for 31 years. “I showed up in 1986, the season after it opened, and the reason I have been here for so long is simply the snow.” 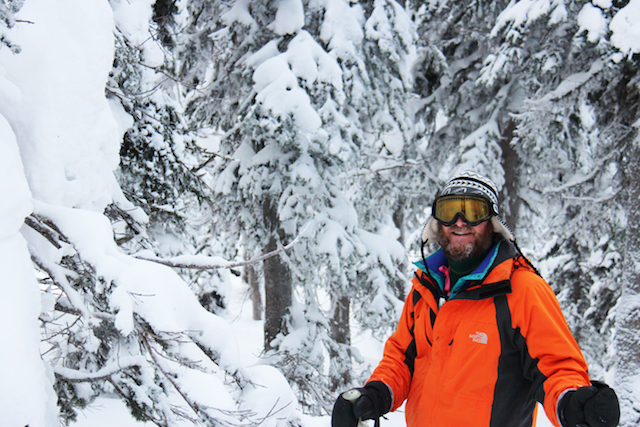 Doug Thompson is one of many purveyors of good times here at Powder King, not many were naming runs after Beatles and Rolling Stones tunes some 31 years ago; Azu Doug as he’s known – part time groomer, long time legend. Photo by Doc Pow.

Thompson says his days look pretty much the same every day, skiing powder without another track in sight. In his experience at the King, he never considers the idea of a road trip anywhere else in winter. “Why go ski somewhere else that might not have powder?” he asks. 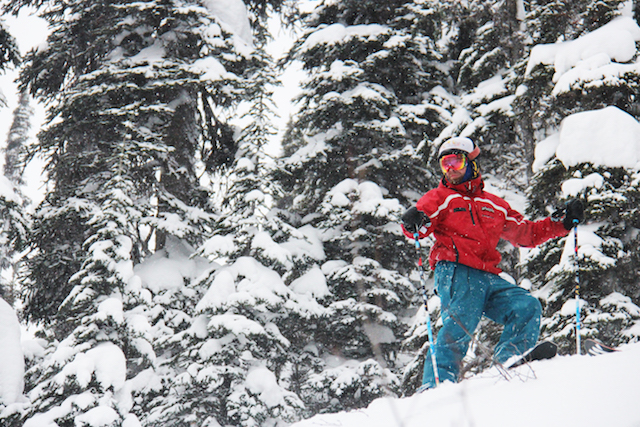 So, what is it about this place, two hours north of Prince George International Airport, that keeps the powder coming? As that business saying goes, it’s location, location, location! Jim chatted with 12-year Environment Canada meteorologist Alicia Charbonneau, who laid out three interesting facts:

Location – Powder King is found at the west entrance of the Canadian Rockies. As the weather systems move across B.C. from the Pacific Ocean, they hit the coastal mountains. As they move east, because BC’s interior is relatively flat, that means the next big “run-in” of those systems is up against the Rockies, with Powder King sitting right there.

Location – Being this far north, means that cold Arctic air flows through the region. And because this chilled breeze interacts with those systems it translates into white fluffy gold.

Location – Powder King is within the Pine Pass meaning that the systems get funneled up through this Pass. So, when the winds pick up, the system gets squeezed by the sides of the Pass and means Powder King can see significant snowfalls as the system moves through the valley. 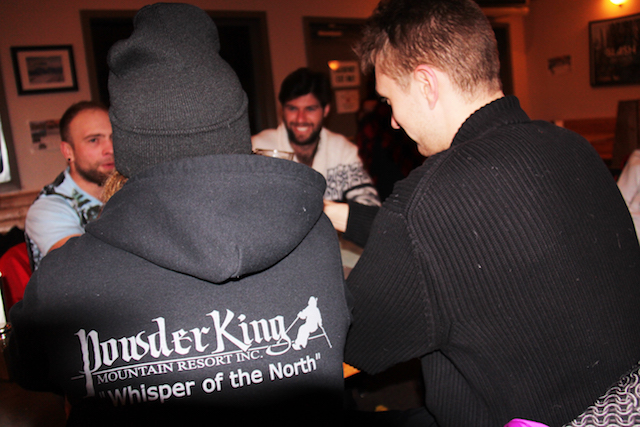 Get the details about that Powder King snow here and read more about Powder King on SnowSeekers. For all your Travel Northern BC details, the folks from Northern BC Tourism can help make the planning process smooth.

Follow the tag #SkiNorthBC and explore more on social media. For travellers, SnowSeekers has partnered with National Car rental to secure you a SnowSeekers preferred rate. Make a reservation online, or with an agent and in the Contract field enter XVC4SNO for a savings that could cover your ski pass cost every day.

Share30
Tweet8
Share
Pin
Email
Reddit
WhatsApp
38 Shares
Current Contests on Miss604
*All contests are open to residents of Canada only, unless otherwise stated. Contest timelines are published on each individual post along with entry methods. Some contests may only be open to those 19 years of age and older. Winners are announced on the contest blog posts. Contest policy »
Comments are closed on this post
Advertisement