Following their Canadian premiere at the Vancouver International Dance Festival (“VIDF”) in 2015, Japan-based ensemble, Dairakudakan, returns with their newest work – Paradise – at the Vancouver Playhouse. Proudly presented as part of VIDF 2017, the visual tour-de-force drives audiences on an absurd, haunting hunt for the elusive concept of paradise. 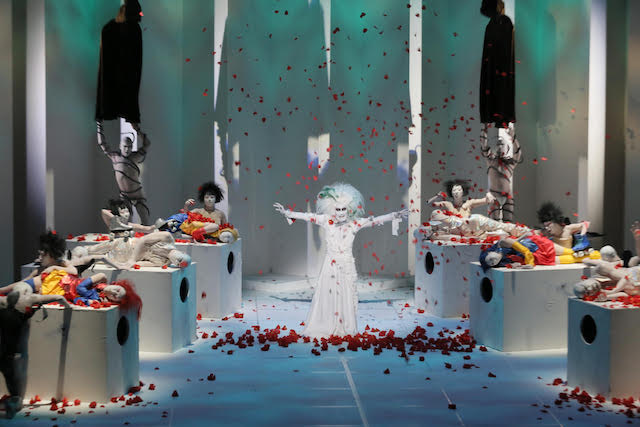 Paradise begins on a white, geometric, and deceptively bare set. From this empty space, the 21 members of the company depart on a surreal and haunting journey – filled with provocative, dreamlike imagery. Amidst visions of jungle locales, ghoulishly cheerful roller-skating gangs, and chained-and- bound masses, the work ultimately asks whether paradise is something that can only exist in the mind – and must therefore be found by tunneling within. 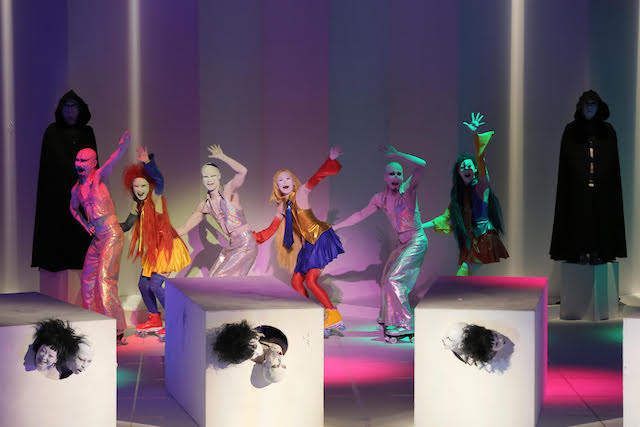 Characterized by the dancers’ whitened bodies, shaved heads, and fragmented movements, butoh was first performed in post-World War II Japan in 1959. Born as a reaction to western dance styles of ballet and modern, butoh emerged in Japan in the 1960’s before swiftly migrating to other countries around the globe where it continues to thrive, influence, and evolve.

I have the opportunity to give away an amazing date night that includes:

A $100 gift card for dinner for two at Hapa Izakaya, a modern Japanese restaurant located in Coal Harbour (909 W Cordova) along with two tickets to see Japan-based ensemble Dairakudakan’s Paradise on Friday, March 10 at 8:00pm at the Vancouver Playhouse.

I will draw one winner at random from all entries at 4:00pm on Monday, March 6, 2017. Prize/tickets must be used for the performance on March 10th. Follow VIDF on Facebook and Twitter for more information about the festival.

Vancouver International Dance Festival (“VIDF”) kicks off its 17th year of connecting Vancouver audiences with the power and breadth of contemporary dance in a four-week line-up that showcases world-renowned artists from the United States, Japan, and Denmark alongside seasoned and emerging Canadian artists from Vancouver, Montreal, and Toronto.

Update: The winner is Olivia!