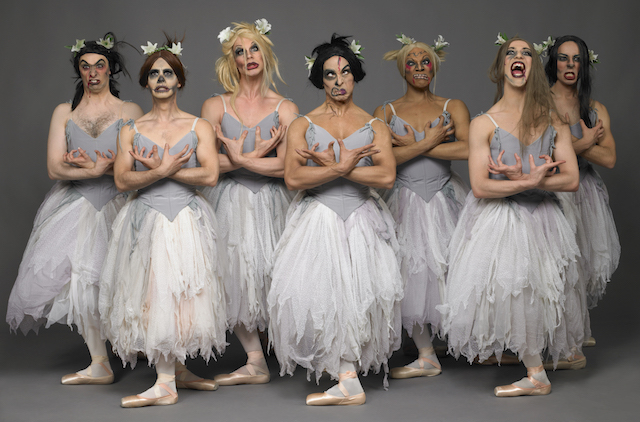 Founded by a group of professional dancers in 1974, the New-York based company is dedicated to presenting saucily skewered, lovingly crafted parodies of the beloved ballet classics. 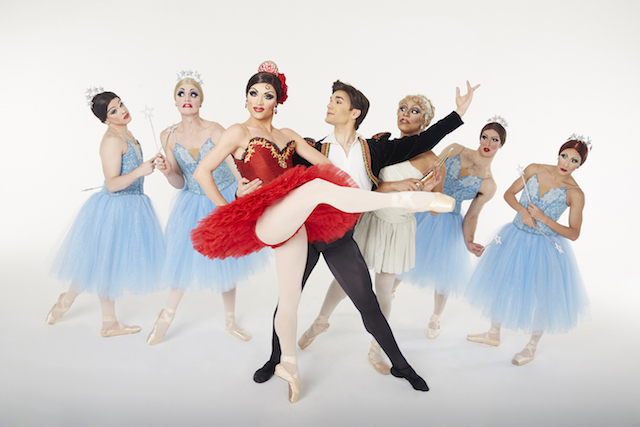 Since its first performances, the company was recognized and lauded by audiences and esteemed critics alike, and began a grand tradition of international touring shortly thereafter. Today, Les Trocks have performed in more than 30 countries and 500 cities worldwide.

In the four decades since the company’s founding, the original concept of Les Trocks has not changed. The company of professional male dancers perform a full range of classical ballet and modern dance repertoire, with faithful and attentive detail paid to the manners and conceits of the various dance styles.

The ensemble’s legendary comedy emerges by incorporating and exaggerating the foibles, accidents, and underlying incongruities of serious dance. The fact that men dance all the parts – heavy bodies delicately balancing en pointe as swans, sylphs, water sprites, romantic princesses, and angst-ridden Victorian ladies – enhances, rather than mocks, the spirit of dance as an art form, delighting and amusing novice and knowledgeable audiences alike.

You have the chance to win a backstage VIP Make-Up Masterclass Package with dancers from Les Trocks on January 21st. The winner and their guest will get the chance to watch artists from the company transform during a make-up masterclass demonstration. The winner will also receive a meet & greet with company dancers, a VIP gift bag, and of course a pair of tickets to the performance on January 21st.

I will draw one winner at random from all entries at 12:00pm on Monday, January 9, 2017. The VIP experience is for January 21, 2017 only. If the winner cannot attend, another name will be drawn.

Update The winner is Jen!

Also on Miss604.com
« No Pants SkyTrain Ride 2017
Weddings Shows in Vancouver and the Fraser Valley »