Eric Church is bringing his Holdin’ My Own Tour to Vancouver on March 14th and for the first time ever, there will be no support act on this tour. Eric Church and the ECB will play two full sets with an intermission in between. 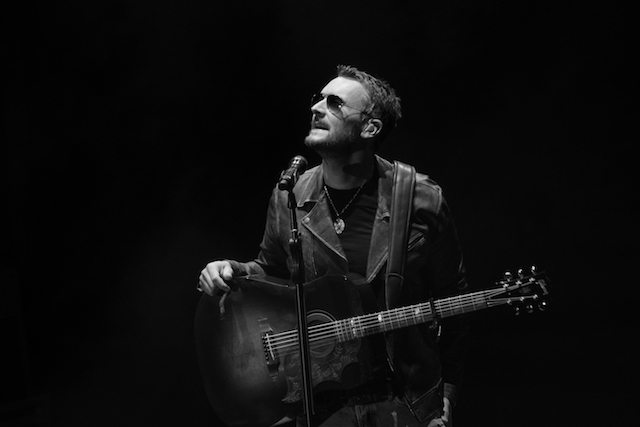 Where: Rogers Arena, Vancouver
When: Tuesday, March 14, 2017 at 8:00pm
Tickets: On sale now through Ticketmaster

As on past tours, Church will continue to cancel any and all orders found to be made by scalpers. Church and his team developed a new fan club pre-sale system that allows them to remove scalpers from the pre-sale process before it even happens. Scalpers that are found to be gaming the system and posing as real fans won’t receive the buy link at all.

The hope is that the measures they’ve put in place will make it impossible for scalpers to complete their transactions. The Church team is not only communicating directly to the fans the best source for face value tickets, but also building a model that protects fans and can be adopted by the industry as a whole.

On April 7, 2015 he also broke the attendance record at Grand Forks, N.D.’s Ralph Engelstad Arena, which was previously set by Sir Elton John’s 2012 show. The Outsiders World Tour saw Church performing to over 800,000 fans in more than 65 cities with nearly 20 stops from September 2014 through September of ‘15 and was named one of Rolling Stone Magazine’s Must-See Tours.

If you would like to see Eric Church live in concert in Vancouver, I have a 4-pack of tickets to give away courtesy of AEG. Here’s how you can enter to win:

Also on Miss604.com
« The Whalley Santa Cause on Christmas Day
Bus Route Changes Started on December 19 »