For the second year in a row, I visited Manning Park around opening weekend to participate in some winter wonderland adventures. This time around, I was on snowshoes to document my trip for SnowSeekers. 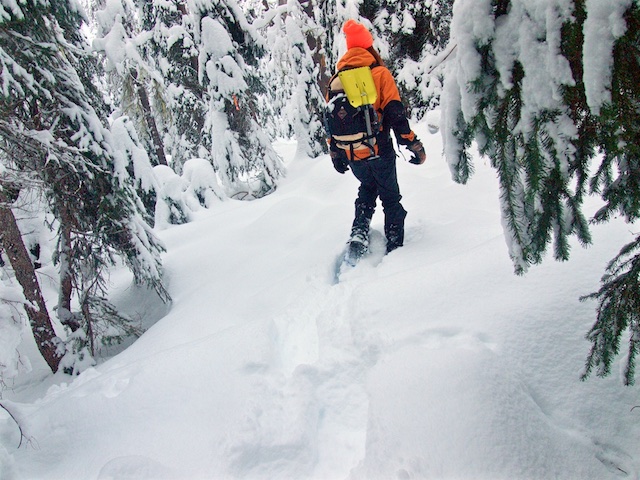 Making my own tracks on a guided snowshoe tour with my guide Janja Klemencic, I spot footprints that were not made by humans. “It’s the snowshoe hare!” Janja says. The very namesake for our footwear was hopping through Manning’s pine forest and leaving its mark.

It wasn’t long after we spotted the tracks that the animal itself made an appearance. Larger than any grass-grazing bunny I’ve seen in the city, the white-furred, floppy-eared creature froze when it spotted us. Janja, a guide with Manning Park Resort, explained the snowshoe hare is a rusty brown colour in the summer but it camouflages itself among the snowbanks in the winter.

Just as the hare transforms with the seasons, so does Manning Park, going from a summer playground of hiking trails, campgrounds, and lakes suitable for swimming and canoeing, to a winter wonderland with a 64-kilometre cross-country and snowshoe trail network along with 160 kms of backcountry trails.
» Continue reading…

At one point I didn’t know if Janja was pulling my leg but she told me to make a face print in the snow. She said it’s what the guides do for fun. So, I voluntarily gave myself a face wash while she took a photo. 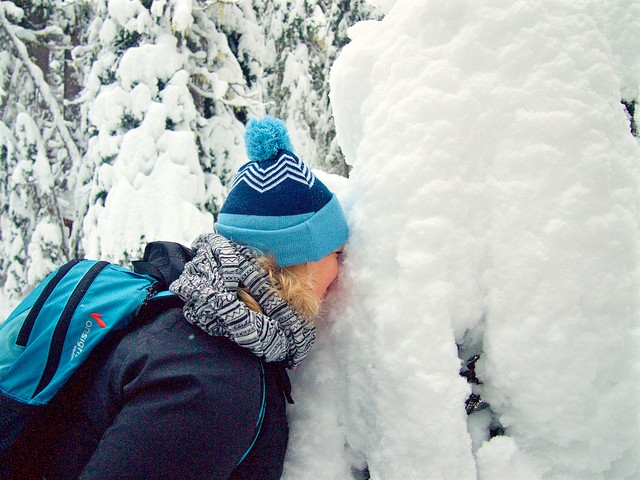 We laughed as I washed the snow off my face, which was rather welcome to cool me off since we had been trekking for a good 90 minutes already. 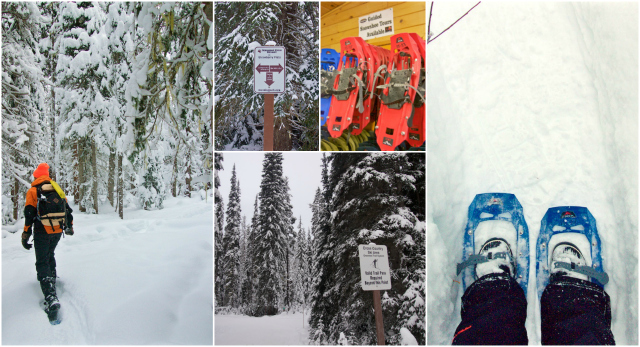 What I love about Manning Park Resort is that it’s close to Metro Vancouver but it feels like it’s in such a remote and pristine part of the province. They also have so many events for families, including the moonlight guided snowshoe and a lantern lit ski down that I’m determined to attend one season.

Read about my snowshoe adventure over on SnowSeekers follow SnowSeekers all winter on Facebook and Twitter for coverage about ski resorts and slopes in BC and Alberta — including the latest snowfall reports and conditions.

Share13
Tweet15
Share
Pin2
Email
Reddit
WhatsApp
30 Shares
Current Contests on Miss604
*All contests are open to residents of Canada only, unless otherwise stated. Contest timelines are published on each individual post along with entry methods. Some contests may only be open to those 19 years of age and older. Winners are announced on the contest blog posts. Contest policy »
Comments are closed on this post
Advertisement