The Halloween candy has been divided and the Christmas decorations are ready to be dusted off, but before we leap into a new holiday season, Canadians have a very important day to honour first. Remembrance Day, November 11th, is a day to remember the courage, service and sacrifice of thousands of men and women, and to honour them by never forgetting them.

Your city will most likely have a service or ceremony on November 11th, around its local cenotaph, and to make things easier I have rounded up a list of events (that have been publicized, as of the date of publishing of this post) that you can attend:

Event: Vancouver Ceremony at Victory Square
Where: Victory Square Cenotaph at W Hastings St and Cambie St
When: Parade at 9:45am. Ceremony at 10:30am
Details At 11:00am the Last Post will be sounded. There will be Two Minutes of Silence, during which a 21-gun salute by the 15th Field Artillery Regiment will be heard from Portside Park. Lament and Rouse will follow. The RCAF will conduct a fly-past moments later, weather permitting. The enduring In Flanders Fields will then be sung by the Bach Youth Choir and Sarabande and wreaths will be placed at the Cenotaph.

Event: Vancouver Community Remembrance Day
Where: Celebration Hall, Mountain View Cemetery (5455 Fraser St, Vancouver)
When: 11:00am
Details For 11 minutes, ending in a minute of silence, a solo trumpet will cue 11 stringed instruments, each representing a fallen soldier or veteran of the World Wars. First presented in 2014, Mark Haney’s composition and Diane Park’s installation of photos were inspired by the Renfrew Heights Veterans Housing Project. Created as part of a community history project by The Little Chamber Music Series That Could. A free, accessible, all ages event.

Event: Vancouver Community Remembrance Day
Where: CRAB Park at Portside
When: 10:55am

Event: North Vancouver Service
Where: Victoria Park Cenotaph (Keith and Lonsdale, North Vancouver)
When: Starting at 10:30am
Details The North Vancouver RCMP reminds citizens that as in previous years, the ‘JP Fell Pipe Band’ will lead a parade from the Armories to the Cenotaph, which may cause some traffic delays. With the completion of the ceremonies at approximately 11:30am, Veterans along with remaining participants will march off from the Cenotaph at Victoria Park. Click here for the full parade route.

Event: West Vancouver Service
Where: Memorial Park (Marine Drive between 19th & 20th St, West Vancouver)
When: 10:30am to 11:30am
Details The Royal Canadian Legion – West Vancouver Branch #60 holds the sacred trust of ensuring the tradition of Remembrance is observed by Canadians every year at the 11th hour on the 11th day of the 11th month. This service is for the public to gather and honour our veterans and those currently serving in the Canadian Armed Forces. All members of the public are welcome and encouraged to attend.

Event: New Westminster Remembrance Day
Where: 10:30am to 12:00pm
When: City Hall Cenotaph (511 Royal Ave, New Westminster)
Details The service will commence at 10:30am. Parade assembly 10:25am at Queens Avenue and 6th Street. Wreath pick up from tent on City Hall front lawn beginning at 9:00am. All members of the public are invited to attend.

Event: Richmond Remembrance Day
Where: City Hall Cenotaph (6911 No. 3 Road, Richmond)
When: 10:20am
Details Every year, there is a Remembrance Day parade that features several hundred marchers, including veterans, Canadian Armed Forces members and representatives from public safety agencies and cadet organizations. The parade begins at 10:20am, official ceremonies at the City Hall cenotaph begin at 10:40am and a two minute silence is observed at 11:00am, which is then followed by wreath-laying. The public is always invited to come out and attend this impressive ceremony.

Event: South Burnaby Remembrance Day
Where: South Burnaby Cenotaph (Bonsor Park at Imperial St and Nelson Ave)
When: 10:30am
Details Parade begins at 10:30am from Fire Hall #3 (6511 Marlborough Ave). Ceremony begins at 11:00am. 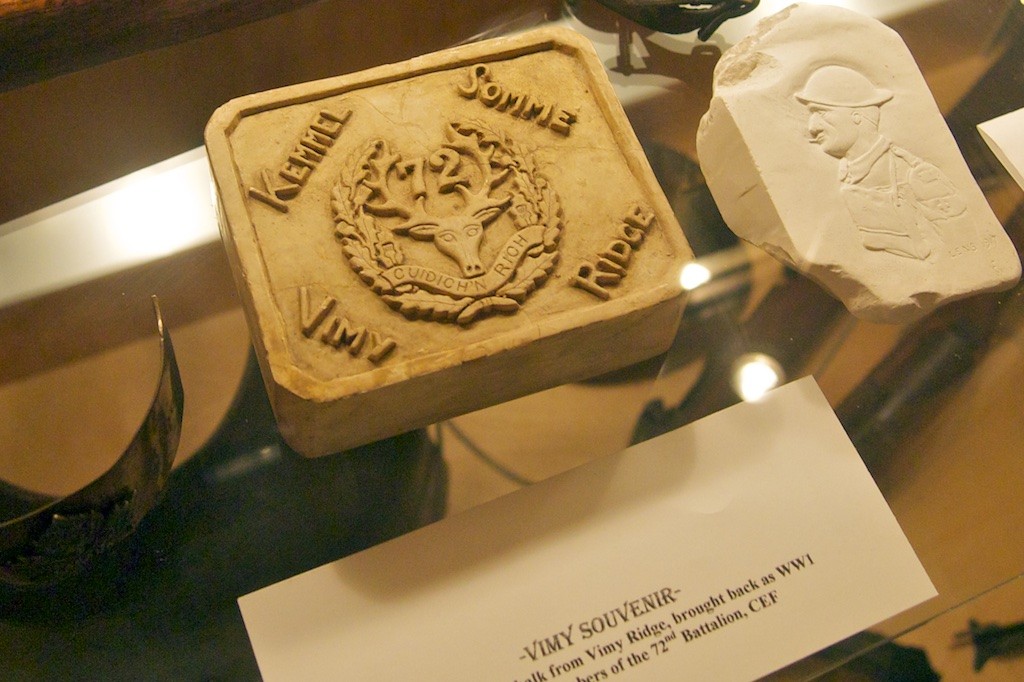 Event: Surrey Remembers
Where: Surrey Museum (17710 56A Ave, Surrey)
When: 9:30am to 1:30pm
Details Bring your family to take part in the annual Remembrance Day ceremony at the Cloverdale Cenotaph next door to the Surrey Museum and the Surrey Archives. The Museum and Archives will have special displays along with “peaceful crafts” for kids like tissue paper poppies and thankful artwork, to commemorate the day. Warm up with hot beverages and cookies. 11:30am to 12:30pm: Canadian Sikhs in World War I – Join Surrey’s Poet Laureate, Renee Sarojini Saklikar, and Sharanjit Sandhra of the Centre for Indo Canadian Studies in this unique talk and performance that brings the contribution of Canadian Sikhs in World War 1 to life.

Event: Langley Remembrance Day
Where: Douglas Park Cenotaph (20550 Douglas Crescent, Langley City)
When: 10:40am
Details Join members of the Royal Canadian Legion Branch 21 to gather, remember, and honour those who served to provide us with our freedom.

Event: Coquitlam Remembers
Where: Como Lake Middle School & Cenotaph at Blue Mountain Park
When: 9:30am
Details Remembrance Day Service at Como Lake Middle School Auditorium on King Albert Avenue (1121 King Albert Ave) starting at 9:30am followed by a parade from the school, along Winslow Avenue to the Cenotaph on Veterans Way at 10:15am. At 10:45am, the service commences at the Cenotaph at Blue Mountain Park. This will be followed by a veteran, police, Fire/Rescue parade to the Royal Canadian Legion, Branch 263 (1025 Ridgeway Ave).

Event: Port Moody Remembrance Day
Where: Kyle Centre (125 Kyle St, Port Moody)
When: 10:00am
Details At 10:00am there will be a non-denominational Service at the Kyle Centre followed by a parade around the block to Arts Centre (Kyle/St Johns) at 10:30am. At 11:00am there will be 2-minute silence, Act of Remembrance, a laying of wreath at the Arts Centre Monument, 21-gun cannon salute and Swiftbird Ex-RAF Team Cenotaph Flyover. Following the service, there will be additional activities and entertainment at the Kyle Centre from 12:00pm to 6:00pm.

Event: Ladner Remembrance Day
Where: Cenotaph at Memorial Park (47 Ave & Garry St, Ladner)
When: 10:15am
Details The Royal Canadian Legion Branch 61 and the Corporation of Delta invite you and your family to attend a parade and wreath laying ceremony in Ladner. The parade begins at the Legion branch (4896 Delta Street), at 10:15am. Ceremony to commence at the Cenotaph at Memorial Park in Ladner at 10:40am.

Other events, not on the 11th, include Remembrance: Healing from War at Canadian Memorial United Church on November 6th; and National Aboriginal Veterans Day at the Victory Square Cenotaph on November 8th with a march leaving the Carnegie Centre at 10:15am.

Also on Miss604.com
« Vancouver Christmas Tree at Robson Square
Things to do in Vancouver This Weekend »