The Chan Centre’s 2016/17 season will launch with Trombone Shorty and Orleans Avenue on September 25th in the Chan Shun Concert Hall. Troy Andrews (aka Trombone Shorty) and his high-energy band will make their anticipated return to Vancouver with an exhilarating mix of funk, rock, jazz and hip-hop – all underscored by a signature New Orleans sound. 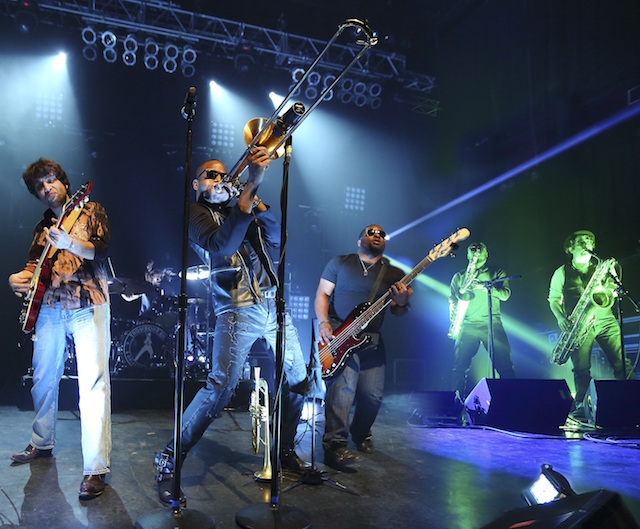 The musical prodigy, Trombone Shorty, got his nickname early in life when his instrument was twice his size. It wasn’t long before a major music figure, Lenny Kravitz, took notice and recruited a teenage Andrews to tour the world.

Now a well-established star in his own right, Trombone Shorty heads up Orleans Avenue. This supercharged and infectiously uplifting brass band have followed their horn-playing leader overseas to major venues in Europe, Australia, Russia, Japan and Brazil, headlining festivals and selling out performances along the way.

You may have seen Trombone Shorty on HBO’s Treme, The Tonight Show with Jay Leno, Jimmy Kimmel Live, Late Night with Jimmy Fallon or Conan. You could have also caught him at the 2016 GRAMMY Awards ceremony sharing the stage with Madonna, Macklemore & Ryan Lewis, and Mary Lambert.

On September 25 in Vancouver, Trombone Shorty and Orleans Avenue will share songs from the 2013 release, Say That to Say This, which debuted in the Billboard jazz chart’s top five albums. The Chan Centre strives to present artists who transcend musical styles & culture, therefore it’s fitting that Trombone Shorty should start the season off.

I have a pair of tickets to give away to this stellar season opening show at the Chan Centre, here’s how you can enter to win:

I will draw one winner at random from all entries at 12:00pm on Tuesday, September 13, 2016. Follow The Chan Centre on Facebook and Twitter for more information about its upcoming season shows and performances.

Update The winner is Nicole!