The Firehall Arts Centre is launching its 34th season with Cathy Jones in her third one-woman show, Stranger to Hard Work. One of Canada’s fiercest and funniest females, Jones is known for her work on This Hour Has 22 Minutes.

Stranger to Hard Work at the Firehall Arts Centre

“One of Canada’s top comedians, Cathy Jones bares her soul in a seemingly erratic but brilliant performance guaranteed to deliver belly laughs – and lots of them.” – Halifax Chronicle Herald 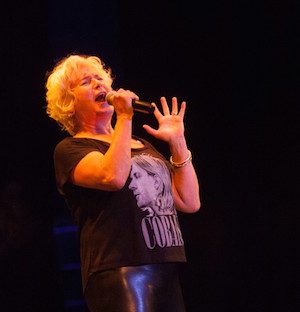 In this new production, Gemini Award-winning actress and comedian Cathy Jones gets personal as she shares her unique perspective on a variety of topics from food to money, and from the troublesome people in her life to the benefits of laughter.

Written and performed by Jones and directed by Ann-Marie Kerr, Stranger to Hard Work is a hilarious mix of stand-up and character sketch comedy that blasts into the realms of creative struggles, daily neuroses and self-deprecation, as well as aging, sex and competitive Facebook posts.

I have a pair of tickets to give away to opening night on September 28th at 8:00pm. Here’s how you can enter to win:

I will draw one winner at random from all entries at 12:00pm on Wednesday, September 21, 2016. Follow the Firehall Arts Centre on Twitter and Facebook for more information.

Update The winner is Tammy!

Also on Miss604.com
« UBC Harvest Feastival
Things to do in Vancouver This Weekend »