The anticipated premiere of Moosemeat & Marmalade‘s second season airs today on the Aboriginal People’s Television Network (“APTN”). This season, co-hosts Art Napoleon and Dan Hayes go around the globe, exploring new realms of adventure — both in the kitchen and in the wild, taking farm-to-table cooking to a whole new level. 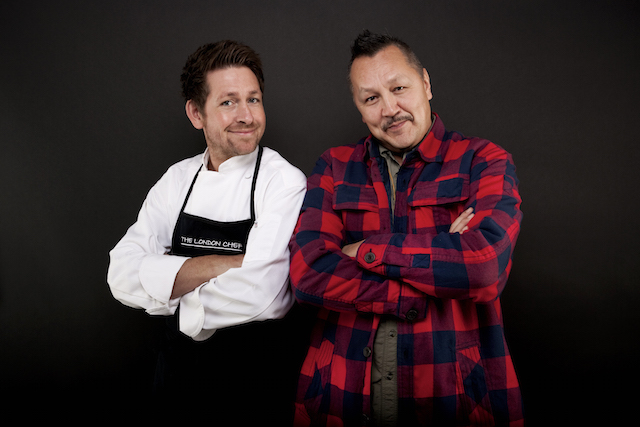 In the first season of the show, Art and Dan discovered each other’s culinary philosophies and expertise. Art is an acclaimed First Nations bush cook and Dan is the chef and owner of The London Chef, a dynamic and interactive cooking school, pantry and catering kitchen located in Victoria. The second season sees the duo explore their different cultures collaboratively, in rich and diverse ways. Together they investigate what sustainability and food production look like in a modern world, while foraging for food in every country and city they visit.

This season, Art and Dan travel from BC to Ontario and over to England and Scotland in Europe, where the chefs explore a host of classic and not-so-classic cuisines while cooking with guests including the acclaimed UK game hunter Mike Robinson and the eccentric wild rice farmer James Whetung from Northern Ontario. We see the duo venture into some extreme food tastings (singed Porcupine, anyone?) while investigating seaweed farming, and diving for the world’s best scallops off the Isle of Mull, Scotland.

Each week, audiences will get an insider look at some of the world’s most noted experts sharing their expertise around distilling, trapping, foraging, ice fishing and more. Recipes from each episode will be posted online for viewers to print and make at home. A free interactive e-book (iPad only) also offers exclusive additional content and technical step-by-step tutorials for some of the chefs’ favourite dishes from the show.

You can enter to win a stay at Mile High Resort, where part of an episode has been filmed! This is a rustic cabin getaway, nestled lakeside on Face Lake just outside of Kamloops. 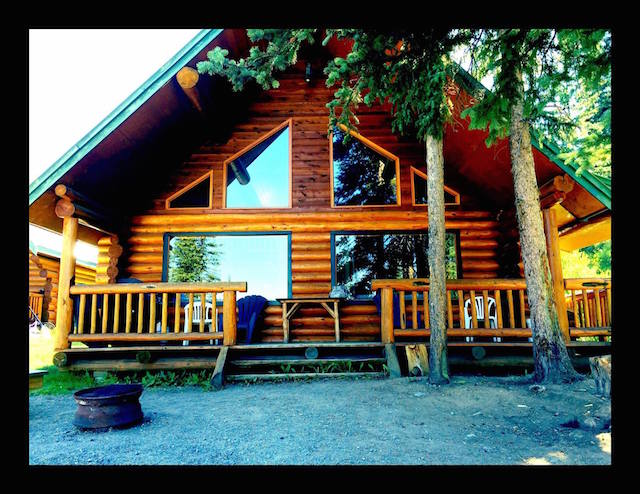 Here’s how you can enter to win this back to nature experience:

Watch Season 2 of @MooseandMar on @APTN + RT to enter to win a Mile High Resort getaway from @Miss604 http://bit.ly/2ce5aq3

I will draw one winner at random from all entries at 12:00pm on Wednesday, September 14, 2016. The winner will receive a voucher to book their stay at Mile High Resort. Prize is for 2 nights, up to 4 people. Dates based on availability, no long weekends, the week leading up to or after Christmas. Read full resort details here.

Update The winner is Amanda Smith!