Cultures collide and legend is brought to life on Saturday, October 15th in Mulan the Musical. Showcased for one day only in an exclusive matinee and evening performance at Vancouver’s Queen Elizabeth Theatre, the iconic, ancient tale dates back over 1,600 years and tells the story of brave Mulan through a spectacular combination of Chinese drum music, traditional kung fu and dance.

Mulan the Musical in Vancouver 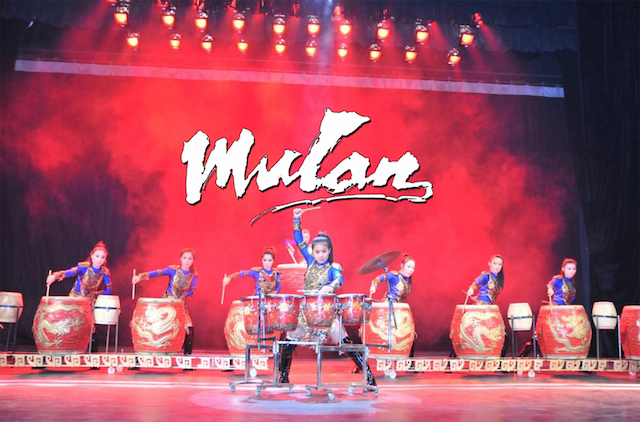 Mulan is an exploration of adventure and victory that follows one girl’s determination to save her family. Expressing themes of loyalty and devotion through a captivating combination of dance, martial arts and music, Mulan tells the story of a young girl who takes the place of her ill father to fight in the army but must disguise her identity and serve as a man. Set in a time where a male from every family was conscripted to join the Chinese army, Mulan follows the courageous adventures of the main character as she sets out to prove her allegiance to both her family and China.

Brought to you by Pangburn Philosophy for one day only, Mulan the Musical will thrill and delight in a whirlwind of colour, martial arts, and dance set to the beat of heart-pounding drum music.

Win Tickets to Mulan the Musical in Vancouver

I have a pair of tickets available for this exclusive one day only performance. Here’s how you can enter to win:

RT to enter to win tickets to see Mulan The Musical in Vancouver from @Miss604 http://bit.ly/2aAEOui

I will draw one winner at random from all entries at 12:00pm on Sunday, August 14, 2016. Follow Pangburn Philosophy on Facebook for more information. Contest prize is for 2 tickets to the 2:00pm matinee on Saturday, October 15, 2016.

Update The winner is Jaymie Nelson!