Fitz and The Tantrums will play the Vogue Theatre in Vancouver on August 24th, continuing their summer tour in honour of their new self-titled album. The group first splashed onto the music scene in 2010 with their soulful R&B-revival and hit single “Moneygrabber”. In 2013, they tore up the charts again with gold-certified hits “The Walker” and “Out of My League.”

Fitz and the Tantrums then set out on a two-year touring odyssey, which enabled the Los Angeles-based sextet — known for its explosive, no-holds barred live shows — to cement themselves as one of the country’s hottest live acts.

The band’s self-titled album came out June 10th of this year and the first single, HandClap, was #1 most added at Alternative radio for 3 weeks in a row, was in the Top 5 of Spotifys US viral chart and is already in a FIAT ad! Fitz and The Tantrums has celebrated the album’s release with a North American headline tour that kicked off on June 11 at the Keloorah Festival in Brooklyn, MI and included a June 21 show at New York City’s Terminal 5.

Fitz and The Tantrums’ natural exuberance permeates their new self-titled album, which celebrates walking to the beat of your own drum. Lead singer, Michael Fitzpatrick, says of new record, “We’ve always tried to push ourselves at every turn. For our third album, we continued to challenge ourselves, taking care not to write the same record again.” “Turn It Up,” Fitz exhorts at the top of album opener and first single “HandClap.”

The horn-and-beats fueled track captures the exhilarating sense of promise – and danger – that a night out and a new romance hold. The staccato “Complicated” paints a relationship that’s packed with both chemistry and conflict and bursts into an unexpected cheer. Echo and otherworldly keyboards make “Tricky” an intoxicating dance-floor anthem and a warning to any future lover, while “A Place For Us,” the album closer, encapsulates the band’s belief that there is a place in the world for each of us to belong, regardless of our differences.

Fitz and The Tantrums at The Vogue 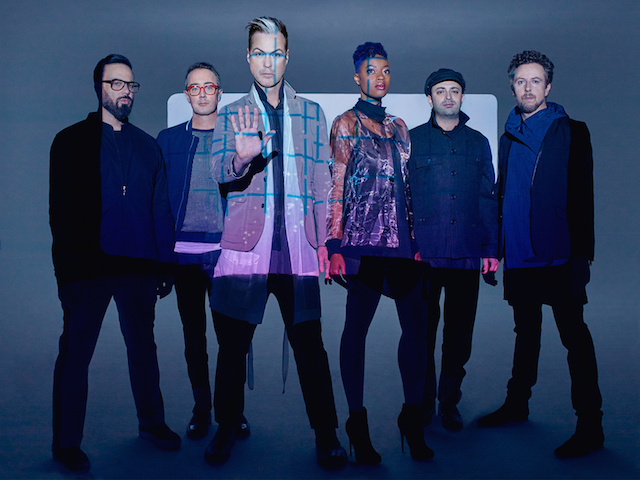 Win Tickets to Fitz and The Tantrums

If you would like to attend this energetic show, I have a pair of tickets to give away to a Miss604 reader. Here’s how you can enter to win:

RT to enter to win tickets to see @fitzandtantrums at the Vogue in Vancouver from @Miss604 http://bit.ly/2aZdgRa

Update The winner is Jeff!

Share5
Tweet41
Share
Pin1
Email
Reddit
WhatsApp
47 Shares
Current Contests on Miss604
*All contests are open to residents of Canada only, unless otherwise stated. Contest timelines are published on each individual post along with entry methods. Some contests may only be open to those 19 years of age and older. Winners are announced on the contest blog posts. Contest policy »