The Vancouver International Film Festival (“VIFF”) is one of the top five largest film festivals in North America, both in terms of admissions and the number of films screened. Screening films from more than 70 countries on 9 screens around the city for 16 days, welcoming over 144,000 audience members is a gigantic feat and it wouldn’t be possible without dedicated volunteers. 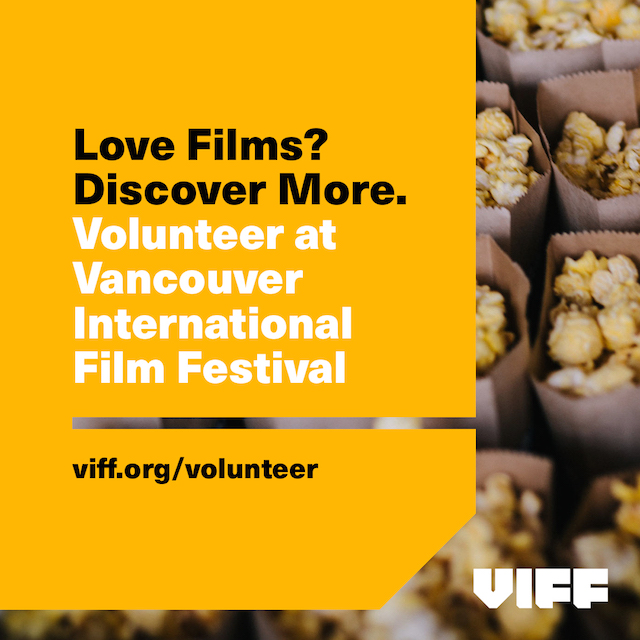 VIFF is powered by 1,300 volunteers and a hand full of staff members, and with the festival coming up at the end of next month, they’re putting the call out for more film-lovers to participate.

During VIFF, hundreds of films from around the world will play throughout the city, showcasing unique genres and content. Plus: dozens of directors, writers and actors will be on hand for insightful—and occasionally provocative—post-screening Q&A sessions.

Volunteers are an essential and valued part of the Vancouver International Film Festival. They help to create successful world class events year-after-year. They are looking for volunteers to help fill their diverse teams and lead volunteer positions this year. If you love movies, the arts and being a part of an amazing community, then they have a spot for you!