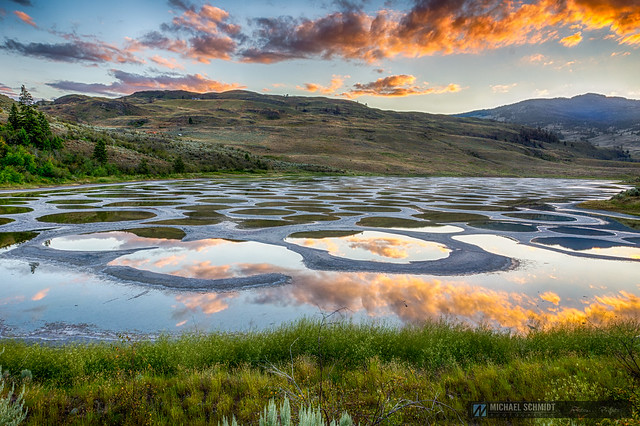 Chances are if you’ve driven the Crowsnest Highway 3 from Vancouver to the South Okanagan, you’ve passed by Spotted Lake just west of the town of Osoyoos, before the big hill that leads you down to the lake. 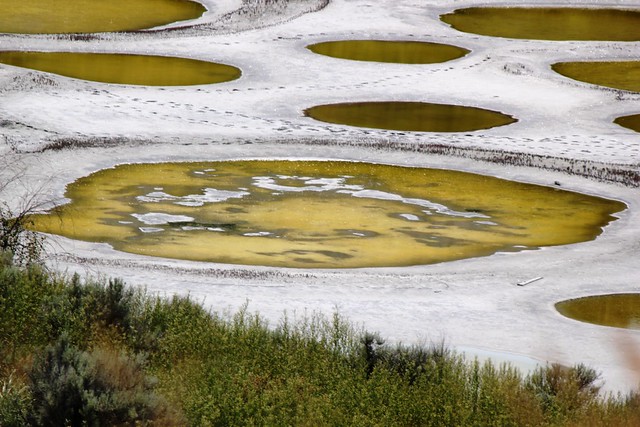 This important landmark on the edge of the Similkameen Valley is considered one of the most sacred lakes by local First Nations. It is said to have 365 rings, one for each day of the year, with colours ranging from blue to green to yellow appear, depending on the mineral makeup of each individual spot and the level of evaporation throughout warmer seasons.

Spotted Lake is known to the First Nations People of the Osoyoos area as Kliluk, and it is a sacred site that has been considered a revered place of healing for centuries. The belief is that each of the different circles holds its own unique medicinal and healing properties.

During World War I, minerals from the lake were used to create ammunition. The minerals were harvested or mined by Chinese labourers, who drew up to one ton of salt from the surface of the lake each day. It is said that prior to the pillaging of these minerals, the lake displayed an even greater variety of colours and an even greater artistic beauty. The salt extracted from the lake was shipped to eastern Canadian munitions factories. [Source] 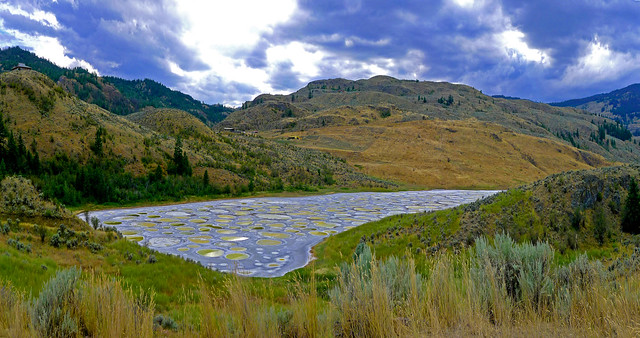 The land surrounding the lake was privately owned for 40 years, but in 2001 the federal government acquired it for the benefit and uses of the Okanagan Nation. This ensures that this historically important land can be protected from development, so that future generations of the Okanagan Nation will continue to benefit, as did their ancestors. It also ensures that future visitors will still be able to view this incredible natural phenomenon. [Source]

The lake is on land owned by the Okanagan Nation Alliance (ONA) and it cannot be visited without ONA permission. There is, however, a small pullout beside the highway that affords one of the best views of the lake. [Source] 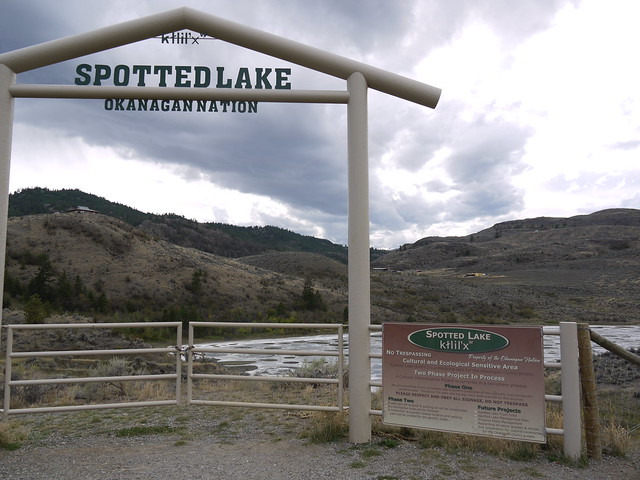 According to one reviewer on Trip Advisor, you can also get a good look at the lake by driving up neighbouring Mount Kobau. The lake is visible on the way up and the 5km Testalinden Trail circles the summit and leads to Testalinden Lake where more amazing views await. 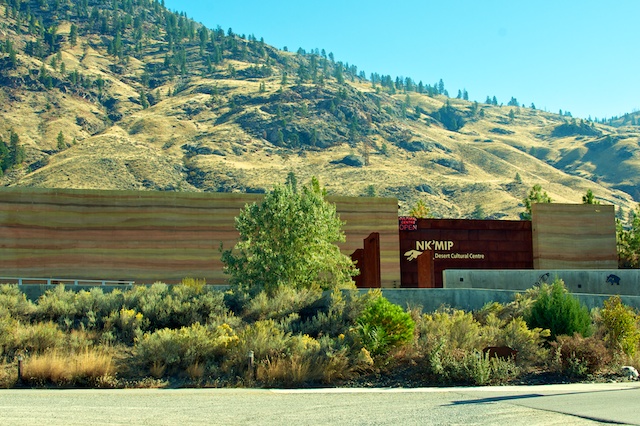 For more information, visit the Nk’Mip Desert Cultural Centre where the Osoyoos Indian Band interprets the Aboriginal culture of the Okanagan Nation. Follow the centre on Twitter and Facebook.

Share10
Tweet12
Share
Pin3
Email
Reddit
WhatsApp
25 Shares
Current Contests on Miss604
*All contests are open to residents of Canada only, unless otherwise stated. Contest timelines are published on each individual post along with entry methods. Some contests may only be open to those 19 years of age and older. Winners are announced on the contest blog posts. Contest policy »
Comments are closed on this post
Advertisement