Last night, Howard’s Fireworks, representing Australia, lit up the skies of English Bay in Vancouver during the 26th Honda Celebration of Light. The Vancouver Police Department estimated that 300,000 people took to the shores for the spectacle.

Vancouver Fireworks Photo of the Day 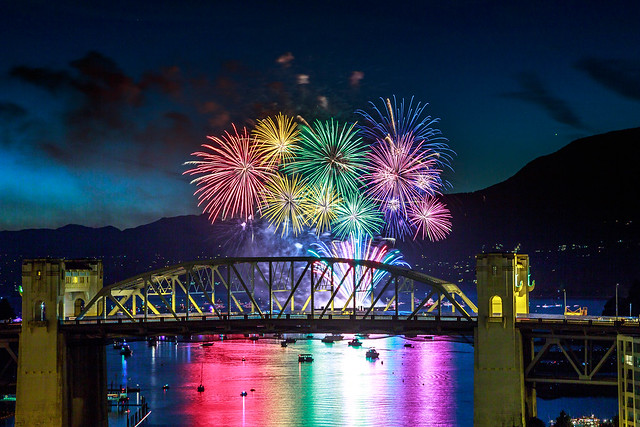