Legendary Canadian performers, Sharon and Bram, are bringing their sing-along concert to Vancouver at the end of the summer. They’re known for such well-loved favourites as “She’ll Be Coming ‘Round the Mountain”, “Five Little Monkeys”, “One Elephant”, “Tingalayo”, and, of course, “Skinnamarink”. 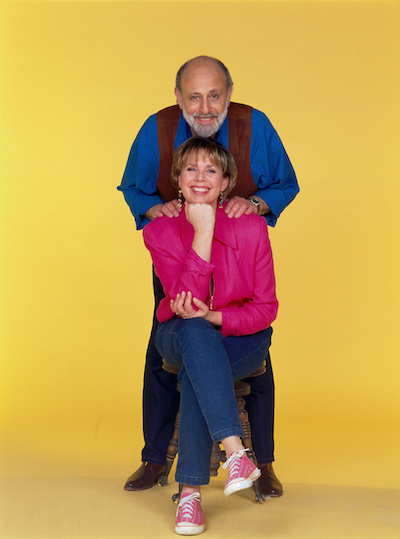 Formed in 1978 as Sharon, Lois and Bram, the group is one of North America’s most popular family acts and has sold over three million records worldwide: going gold and platinum and winning accolades such as a JUNO award for Best Children’s Album during their reign as family entertainment royalty.

Continuing as a pair from 2000, Sharon and Bram are familiar to multiple generations of fans as the happy soundtrack of their childhood.

Sharon and Bram shows are exciting events for the entire family and the renowned duo joins together with the audience in laughter, whilst singing songs set to familiar folk-inspired tunes.

Win Tickets to Sharon, Bram and Friends Live at The Orpheum

If you would like to attend their sing-along concert in Vancouver, I have family pack of 4 tickets to give away. Here’s how you can enter to win:

RT to enter to win tickets to @sharonandbram’s sing-along concert in Vancouver from @Miss604 http://ow.ly/ehAN301i4QT

Follow the Facebook event link along with Sharon and Bram on Twitter for more information. I will draw one winner at random from all entries at 12:00pm on Wednesday, June 22, 2016.

Update The winner is Angie!