“Were you here when they made the movie,” one traveler asked. “I’m sorry to burst your bubble but they didn’t do most of the filming here,” the woman at the gift shop replied. If you’ve seen Close Encounters of the Third Kind you know exactly what the Devils Tower National Monument is, and its significance in pop culture. I had not seen the 1977 Steven Spielberg film but John made sure to rectify that situation when we returned home after our long Midwest road trip this spring. 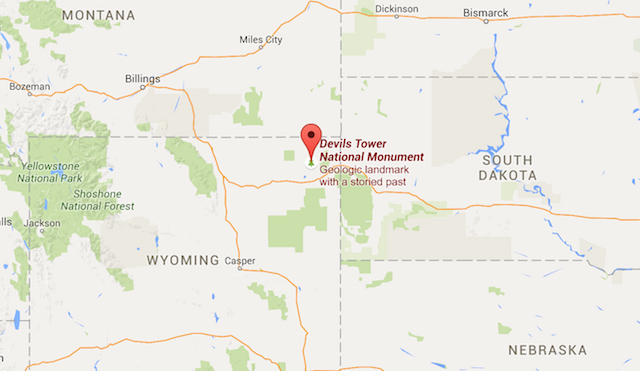 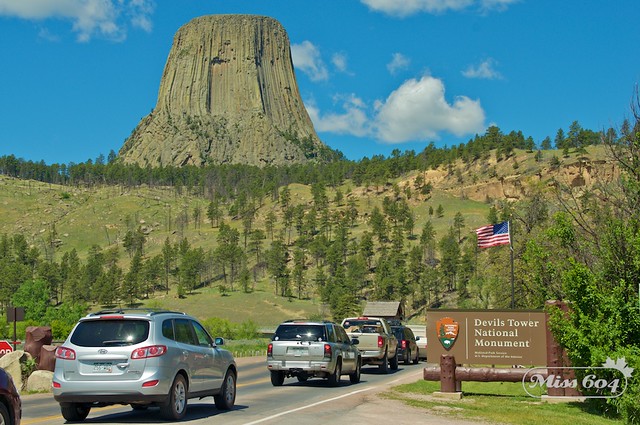 The iconic and evocative natural structure, also known as Bear’s Tipi or Bear’s Lodge to local tribes, was a new-to-me attraction and I’m glad we stopped by when we made our way through Wyoming from South Dakota. 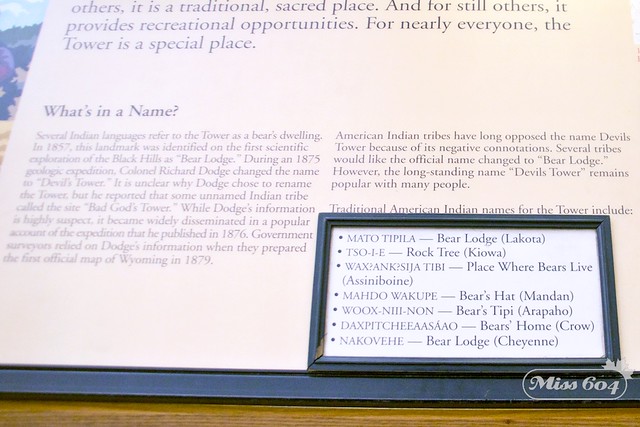 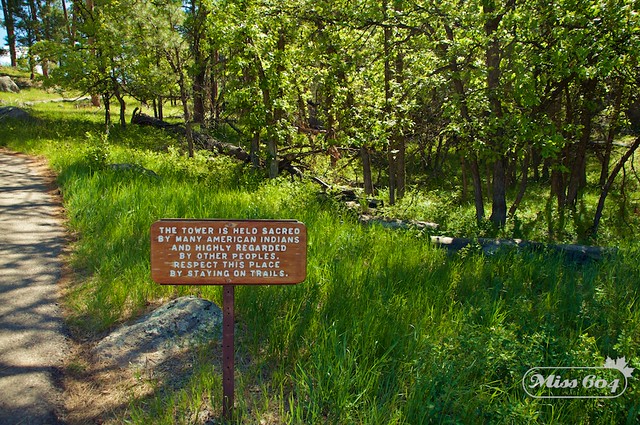 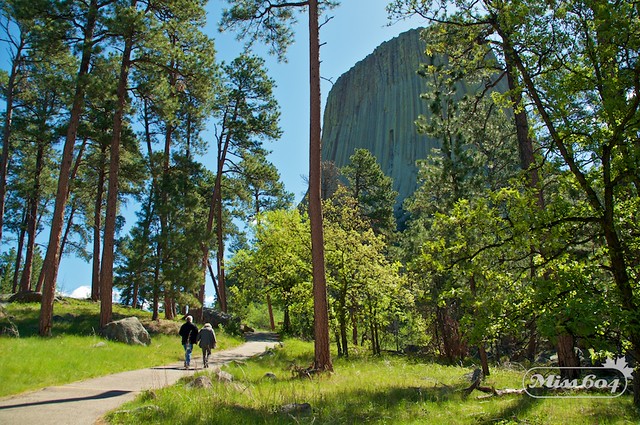 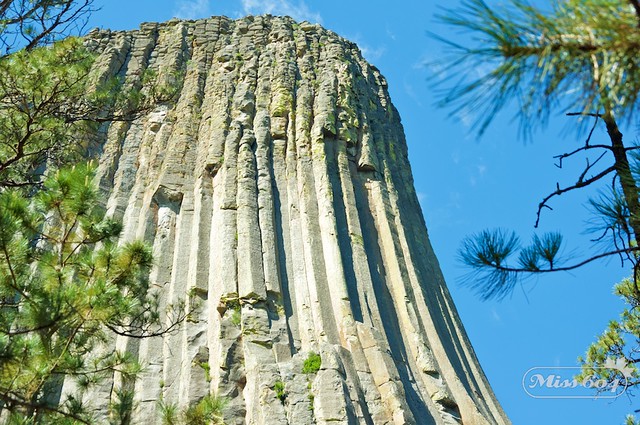 “It protrudes out of the rolling prairie surrounding the Black Hills and is considered sacred to the Lakota and many other tribes that have a connection to the area. Hundreds of parallel cracks make it one of the finest traditional crack climbing areas in North America. Devils Tower entices us to explore and define our place in the natural and cultural world.” 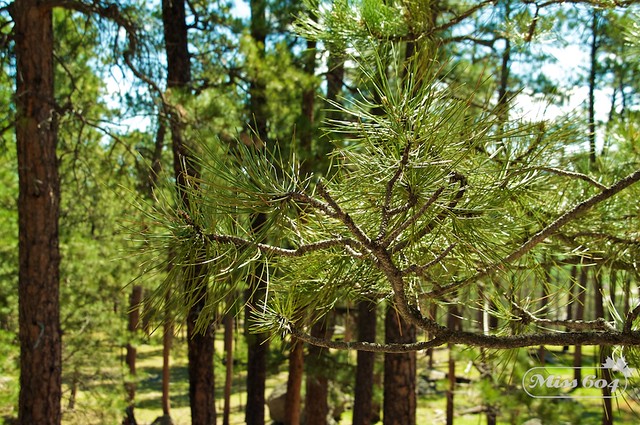 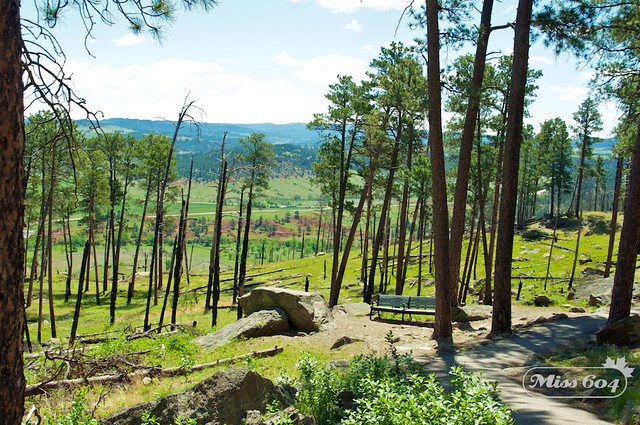 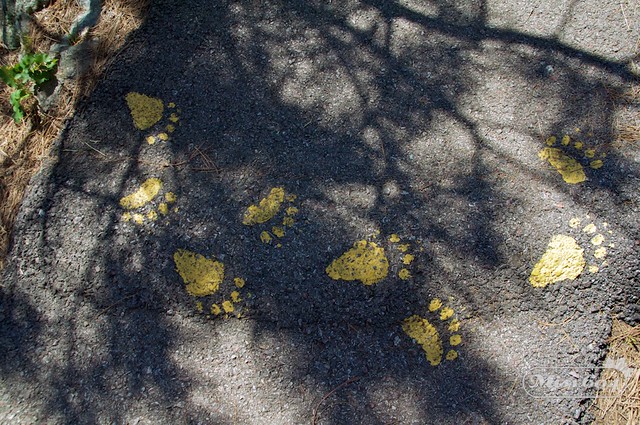 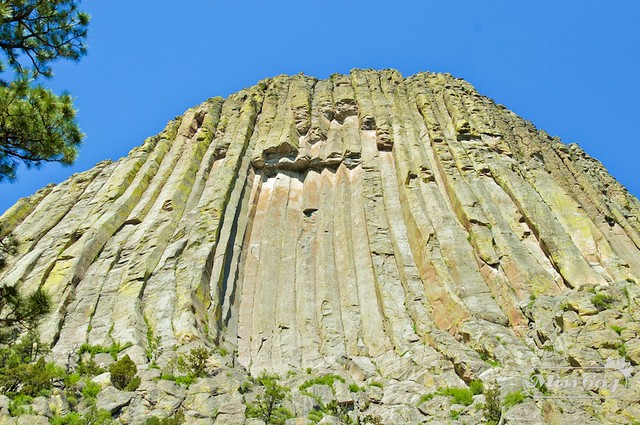 Along the south side of the tower, there is a side trail that takes you up to a lookout to view the original stake ladder that was first constructed and used in 1893 by William Rogers and Willard Ripley to publicly ascend Devils Tower. There are viewing tubes to spot the ladder but many visitors (myself included) couldn’t make it out through the tube. Instead I zoomed my camera lens at the same approximate pitch as the tube and blindly took photos. I later examined my zoomed shots and I did manage to capture the ladder: 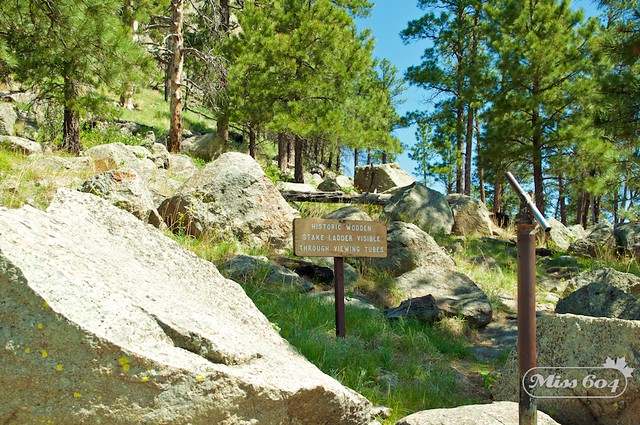 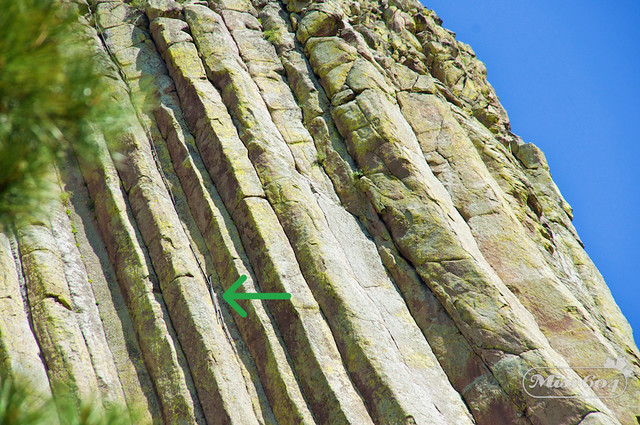 There is a lot of history at this spectacular monument, and a lot of information to take in. Make sure you allow for at least two hours to explore, although I think you’ll need about four. Our quick stop was about 90 minutes and we could have spent much more time there. Arrive early, we were there at 10:00am, since by the time we left there was a line of cars at the ranger checkpoint at the entrance. 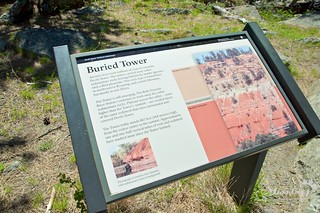 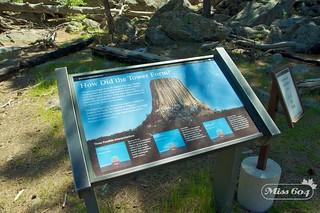 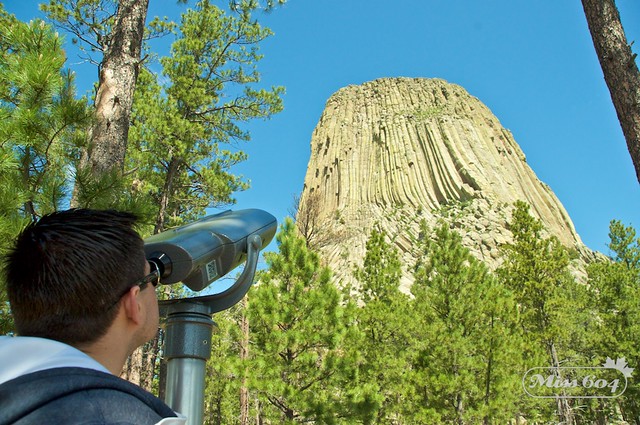 Share1
Tweet11
Share
Pin
Email
Reddit
WhatsApp
12 Shares
Current Contests on Miss604
*All contests are open to residents of Canada only, unless otherwise stated. Contest timelines are published on each individual post along with entry methods. Some contests may only be open to those 19 years of age and older. Winners are announced on the contest blog posts. Contest policy »

Also on Miss604.com
« YWCA Women of Distinction Award Winners
Things to do in Vancouver This Weekend »