There are photo opportunities scattered throughout the Vancouver’s 52-hectare Queen Elizabeth Park. At 152 metres above sea level, it’s the highest point in Vancouver and makes for spectacular views of the park, city, and mountains on the North Shore. 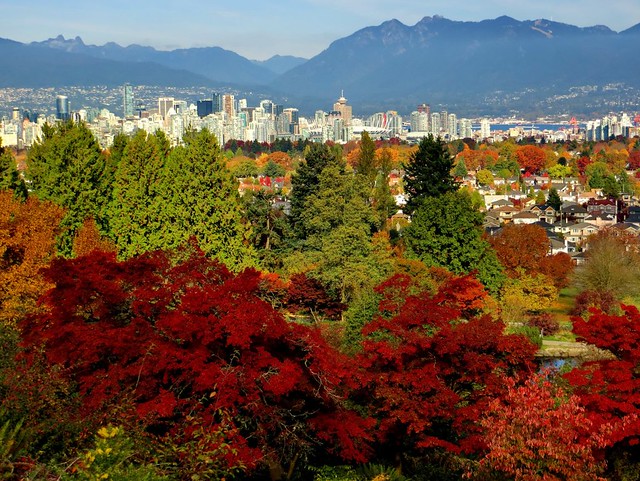 Photos abound of its gorgeously landscaped quarry garden, the arboretum with its collection of exotic and native trees, and views of the city below. There is one spot, arguably the best for views of Vancouver and the North Shore, where the act of photo-taking has been commemorated with bronze statues.

In 1984, artist J. Seward Johnson, Junior gifted “Photo Session” to the park. It features 3 life-sized people posing for a photo, with the city as a backdrop, with another bronze statue posing at the photographer. The statues themselves are in many visitor photos, and are listed in numerous TripAdvisor posts about the park. In 2008, the statue of the photographer was stolen, and many feared it would be melted down for money. It was later found in a field in Aldergrove.

Although a commemoration of photographers at that lookout point today might feature smartphones and selfie sticks, Photo Session continues to draw its own attention, which is why it is today’s Vancouver Icons photo feature: 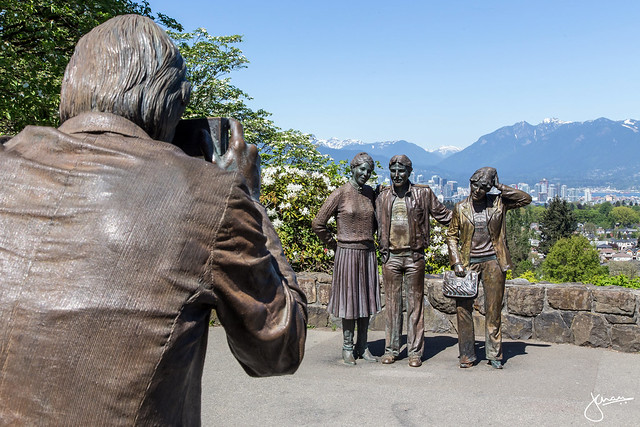 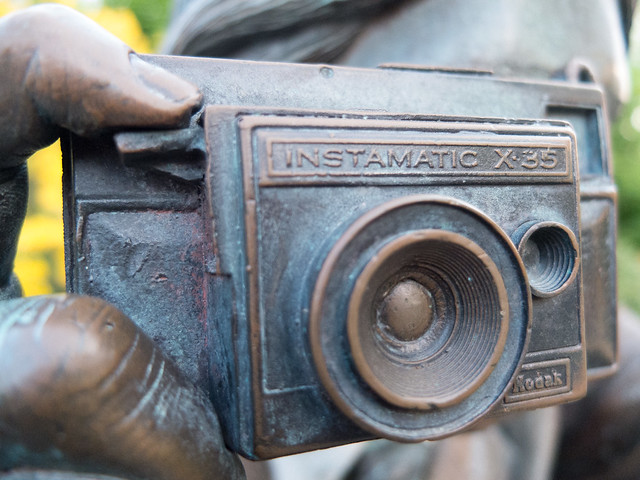 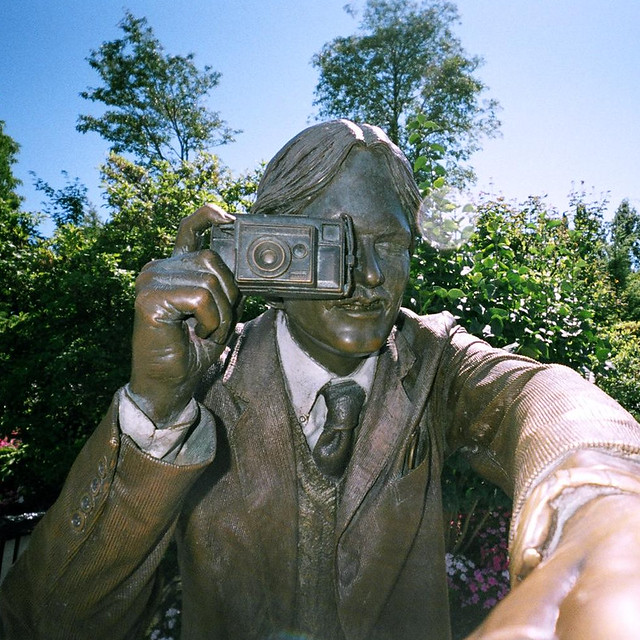 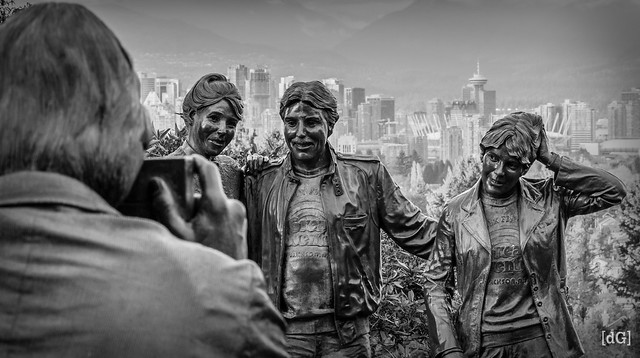 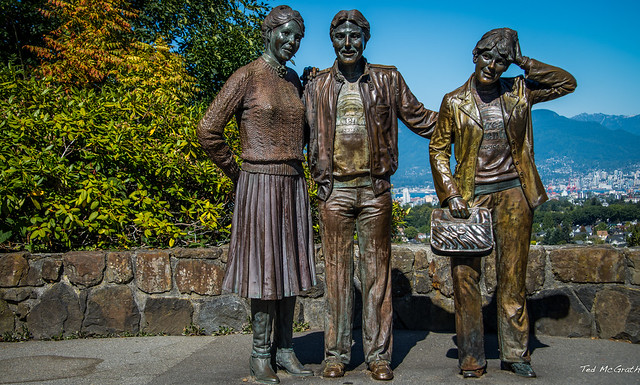 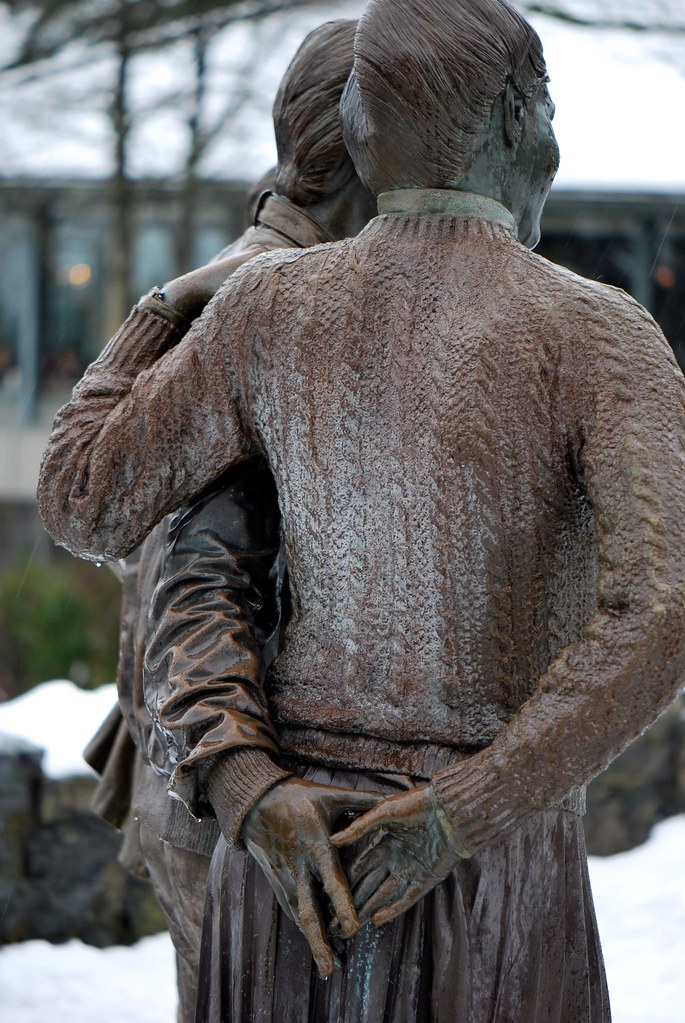 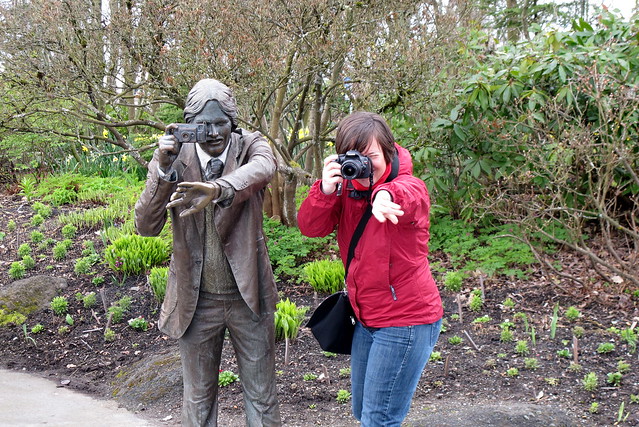 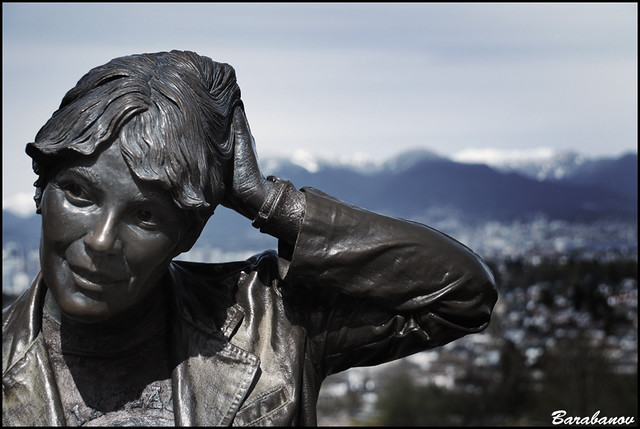 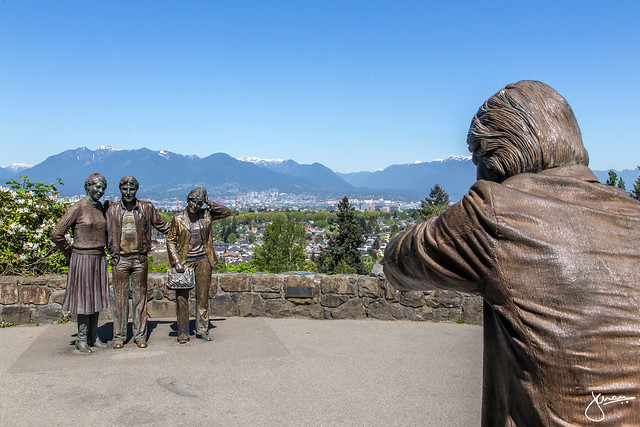 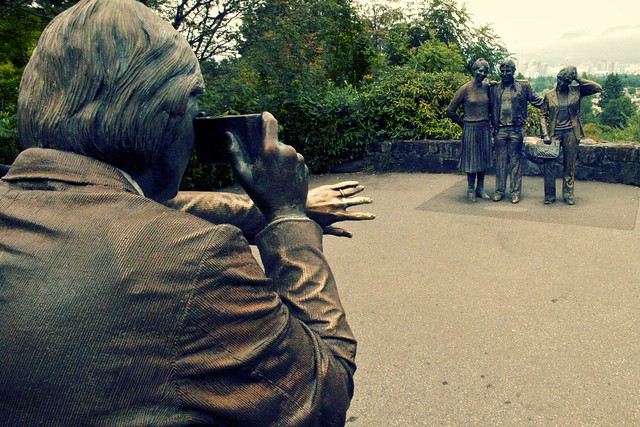 Also on Miss604.com
« Vancouver Opera Presents Evita
Things to do in Vancouver This Weekend »