Mark your calendars and plan your warm summer nights on the shores of English Bay. The schedule and countries have been released for the 26th Honda Celebration of Light fireworks competition in Vancouver, the largest public event in British Columbia! 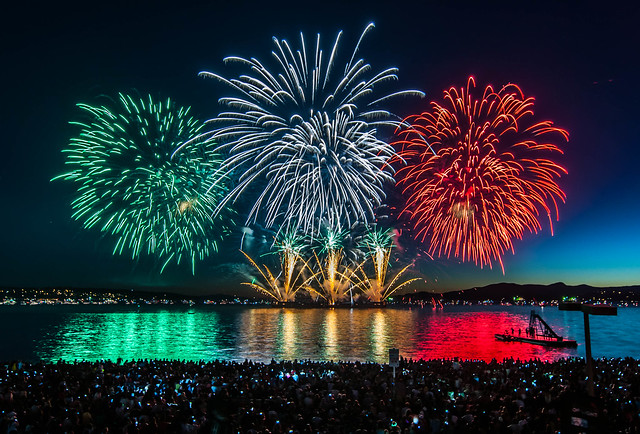 The fireworks competition will begin promptly at 10:00pm each night, rain or shine, from the barges located in English Bay. Music simulcast can be heard on LG 104.3 FM and through the festival’s mobile app. The winning team will be announced on Sunday, July 31st.

This is the longest-running offshore fireworks competition in the world, and on top of the dazzling fireworks, each night is filled with free, family entertainment all along the shores of Downtown Vancouver. The SHOREFEST concert series at Sunset Beach returns once again to the LG104.3 Stage in the Keg Lounge, starting at 2:00pm each day, with major Canadian musical act Loverboy headlining Wednesday’s festival night. More performers will be announced soon. 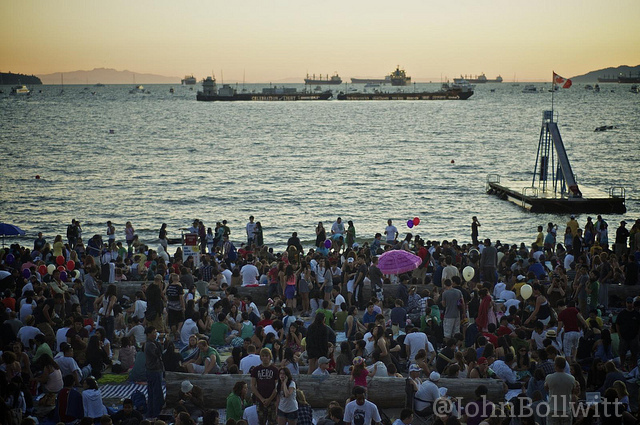 The Honda Celebration of Light is also home to BC’s largest food truck festival. With more than 50 food vendors on site at English Bay, this will be the largest contingent of food trucks brought together anywhere in the province, providing festival guests with a variety of tasty treats and full meals to satisfy any craving.

This year you can level up like never before when you purchase tickets for the Inukshuk Lounge, Keg Lounge, and YVR Observation Deck for the best seats in town.

The new Inukshuk Lounge will have the closest water view of the fireworks out on the peninsula touching English Bay and the  new YVR Observation Deck Business Class corporate cabanas hold 24 guests and offers comfortable seating and complimentary appetizers. Early bird ticket pricing for each of the lounges is in effect until May 31st.

Also on Miss604.com
« Things to do in Vancouver This Weekend
Vancouver Photos of the Week »