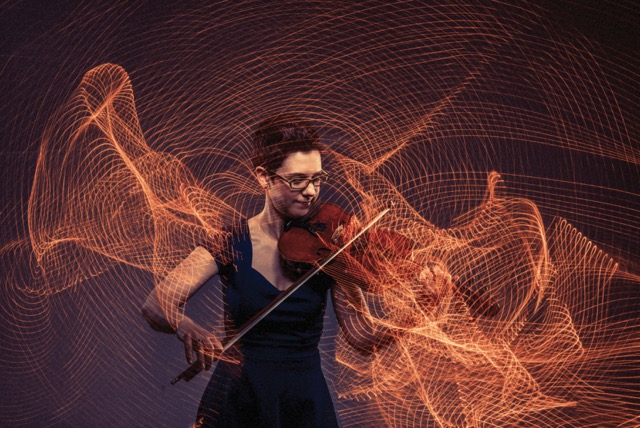 “Among the most promising fiddlers in roots music today… Verch is never afraid to lace her playing with clever twists of bluegrass, blues, and pop.” — Boston Globe

While she is perhaps best known for playing traditional fiddle styles from her native Ottawa Valley, April Verch‘s performances extend into old-time American and Appalachian styles and beyond, for a well-rounded tour-de-force of North Americana sounds. At the heart lie Verch’s delicate voice, energetic foot percussion, and shimmering fiddle-work. Verch is – as they say – a triple threat in performance, her live show a beautiful companion to her music: versatile, robust, and masterfully executed.

Tickets for her show this weekend are on sale now for $25 and $25 (plus service charge).

I have two tickets to give away to watch this stunning performer. Here’s how you can enter to win:

RT to enter to win tickets to see @aprilverch at the @anvilctr from @Miss604 http://ow.ly/YWERR

I will draw one winner at random from all entries at 12:00pm on Thursday, March 3, 2016. Follow the Anvil Centre on Facebook and Twitter for more programming highlights and information this season. The Anvil Centre is located at 777 Columbia Street in New Westminster.

Update The winner is Kimberly!

Also on Miss604.com
« Stanley Park Easter Train 2016
Do The Urban Grind in Vancouver »