The St Patrick’s Day Parade has been CelticFest Vancouver’s most popular event for the last 12 years! Taking place in Downtown Vancouver on March 13th, the parade will feature marching pipe and drum bands, Celtic music groups, acrobats, drill teams, Irish and Scottish youth dance groups, and many others. 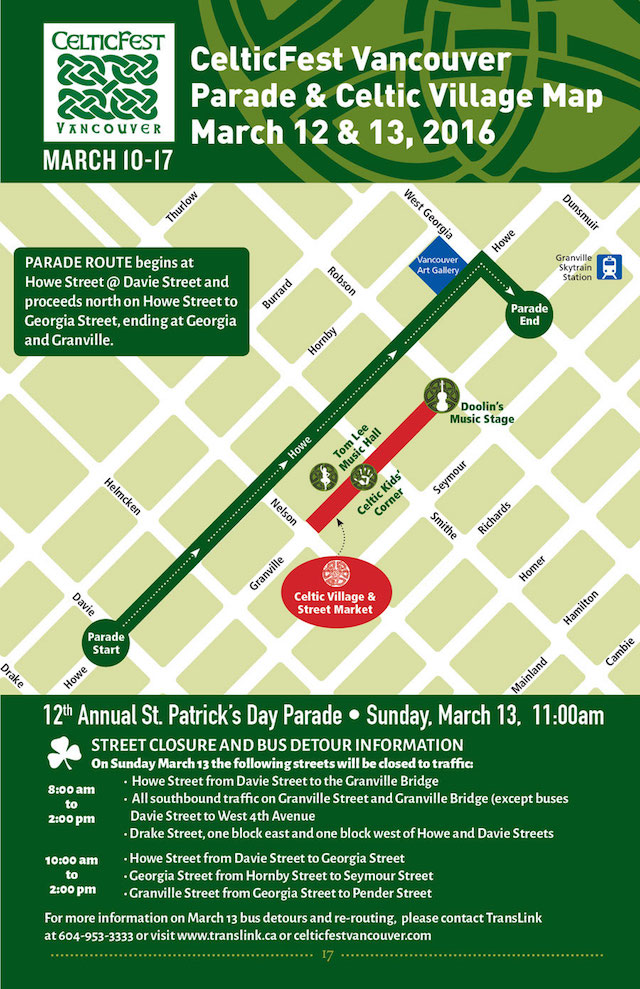 After the parade, the Celtic Village is the place to go. On the weekend of March 12-13, The Celtic Village returns to Granville Street between Robson & Nelson with music, dance, fun and frolic, food — and great shopping.

Look for the captivating antics of street performers: The Green Man can be found delighting passersby in the Village, and Academie Duello will be back to showcase historical sword play in action! Tom Lee Music Hall on Granville will also host a series of free CelticFest Performances and Workshops.

Also on Miss604.com
« Win Tickets to Ballet BC Program 2
After Hours at the Vancouver Aquarium March 2016 »