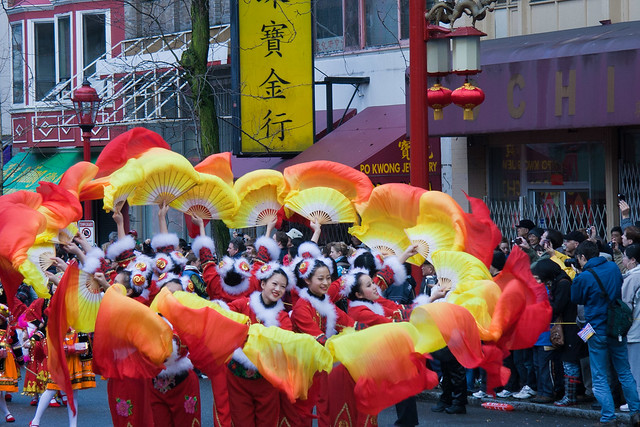 Celebrating the Year of the Monkey, the parade will begin at 11:00am and follow a 1.3km route from the Millennium Gate on Pender Street (between Shanghai Alley and Taylor Street), over to east along Pender Street, turning south onto Gore Street, turning west onto Keefer Street and then dispersing on Keefer at Abbott.

The parade features the largest assembly of traditional lion dance teams in Canada with dozens of colourful and energetic lions from various local fraternal and martial arts organizations. Over 70 entries will take part, bringing in 3,000 participants and drawing over 100,000 spectators. 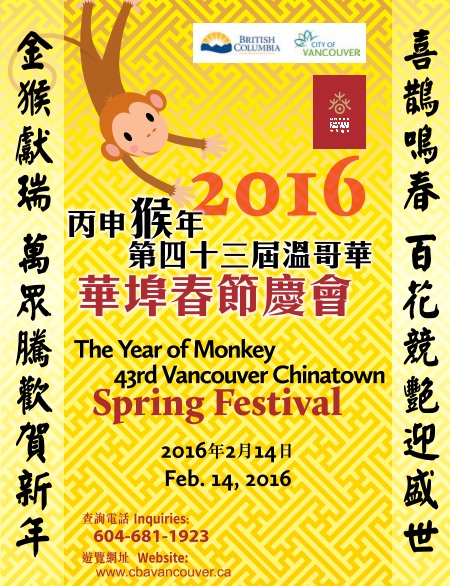 As a Chinese New Year tradition to promote good fortune for the year, some of the lions will be visiting the shops and businesses in Chinatown between 2:00pm and 4:00pm.

All events of the 2016 Vancouver Chinatown Spring Festival are open to the public. The Chinese New Year Parade and the Cultural Fair both have free admission. Read more about this event and more via the Chinese Benevolent Association of Vancouver.

Also on Miss604.com
« BC Home and Garden Show
Things to do in Vancouver This Weekend »