Blackbird Theatre presents the 10th anniversary performance of The Rivals with an all-star cast of Vancouver talent. On now until January 23rd at The Cultch, this is a wickedly witty, joyfully irreverent production. 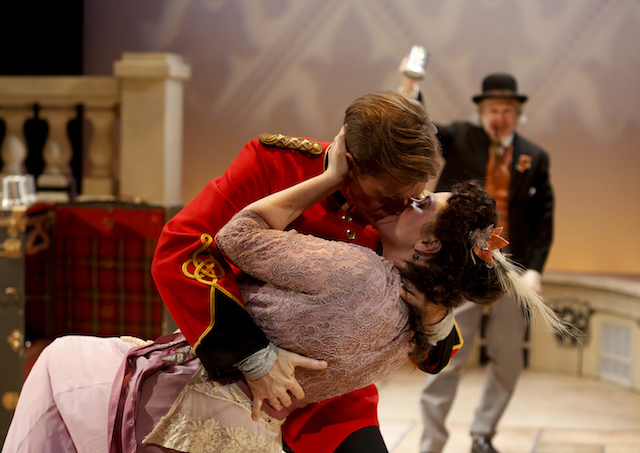 Richard Brinsley Sheridan’s The Rivals is directed by Jessie-Award winning Johnna Wright, and it is a comic masterpiece of love, pride, and other foibles will shift its timeless tale of mistaken identity and overwrought romance from an 18th century setting to ‘Downton Abbey’-era Edwardian England.

“The first review of Sheridan’s The Rivals declared the work would ‘stand foremost in the list of modern comedies,’” explains John Wright, Artistic Director of Blackbird Theatre. “Now, it’s true that Sheridan himself wrote this review under a pseudonym (he was a rather bold and cheeky fellow), but that didn’t stop the claim from being prophetic. Of the many comedies of manners penned in the Restoration, The Rivals remains one of the most highly celebrated, studied, and performed works. It’s a timeless satire that lampoons what fools love makes of us all.”

Win a Vancouver Theatre Date Night to See The Rivals

I have a pair of tickets to give away to see The Rivals paired with a $75 gift card for Havana on Commercial Drive. Enjoy dinner before the show in the same neighbourhood as The Cultch (in fact the theatre is just a 5 minute walk away) and continue your night out watching The Rivals on stage.

I will draw one winner at random from all entries at 12:00pm on Sunday, January 10, 2016. The winner can select their performance date (based on availability) and must use their Havana gift card by then end of the show’s run (January 23, 2016).

Update: The winner is @ramonawildeman!