Vancouver Bach Choir, currently celebrating its 85th anniversary season, presents Downing’s Phantom of the Opera at the Orpheum this February. 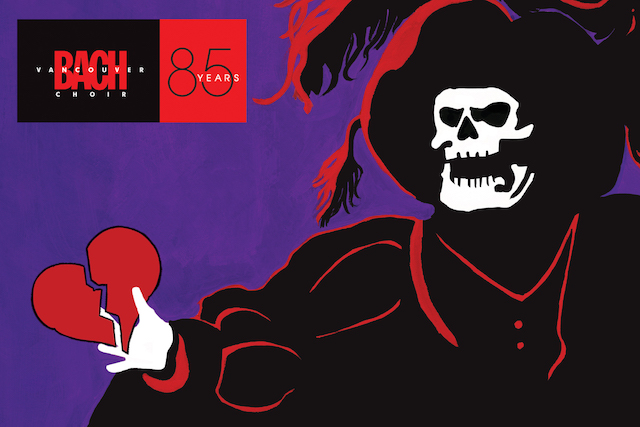 This version of Phantom of the Opera is not the Andrew Lloyd Webber musical, but a score to the 1925 silent film by innovative Canadian composer Andrew Downing. It is a spectacular multimedia work that interweaves a screening of Rupert Julian’s dark & haunting 1925 film, The Phantom of the Opera, with live performance by chorus and chamber ensemble.

Win a Phantom of the Opera Date Night

Forget the pink hearts, red roses, and pre-written greeting cards when looking for a gift for your sweetheart this season. Instead, try a night of passion and gothic romance. Enter to win a uniquely themed prize package valued at over $300! The prize includes:

I will draw one winner at random from all entries at 12:00pm on Tuesday, February 2, 2016. Tickets are for February 20th exclusively. All prizes can be collected at the concert on February 20th. Follow the Vancouver Bach Choir on Twitter and Facebook for more information.

Update The winner is Carolyn Sapach!

Also on Miss604.com
« 10 Photos of Porteau Cove
Science of Cocktails at Science World »