Lost Lagoon, on the edge of the city at the entrance to Stanley Park, is only about 100 years old. This captive body of water used to be free-flowing from Coal Harbour, before it was penned in by the Stanley Park Causeway. Here is some history of Lost Lagoon…

The History of Lost Lagoon 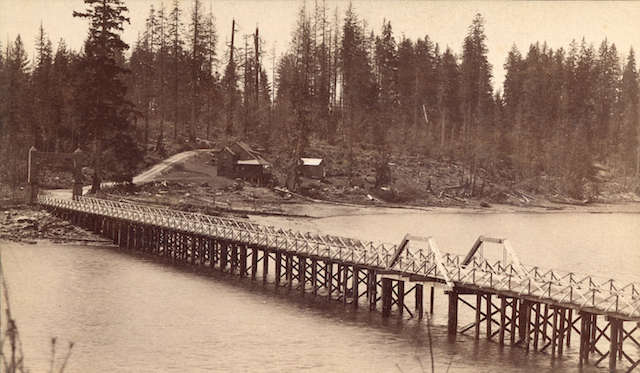 How Lost Lagoon Was Lost

It was poet E. Pauline Johnson that came up with the name Lost Lagoon. When the tide was in, water lapped the shores of the West End. When the water retreated with the tide, the lagoon disappeared entirely.

O! lure of the Lost Lagoon, –
I dream to-night that my paddle blurs
The purple shade where the seaweed stirs,
I hear the call of the singing firs
In the hush of the golden moon. » read the full poem…

This area of mud flats is was called Ch’elxwá7elch by the Squamish People, meaning “get dry” (read more Indigenous place names in the Squamish Atlas).

In the early days of the park, the entrance was a bridge, under which the Burrard Inlet water flowed in and out of the lagoon. Between 1916 and 1926 the Stanley Park Causeway was built, land-locking the water entirely. In 1922, the Vancouver Park Board officially called it “Lost Lagoon”, based on the name put to paper by E. Pauline Johnson, who passed away in 1913.

Lost Lagoon From Above 1919 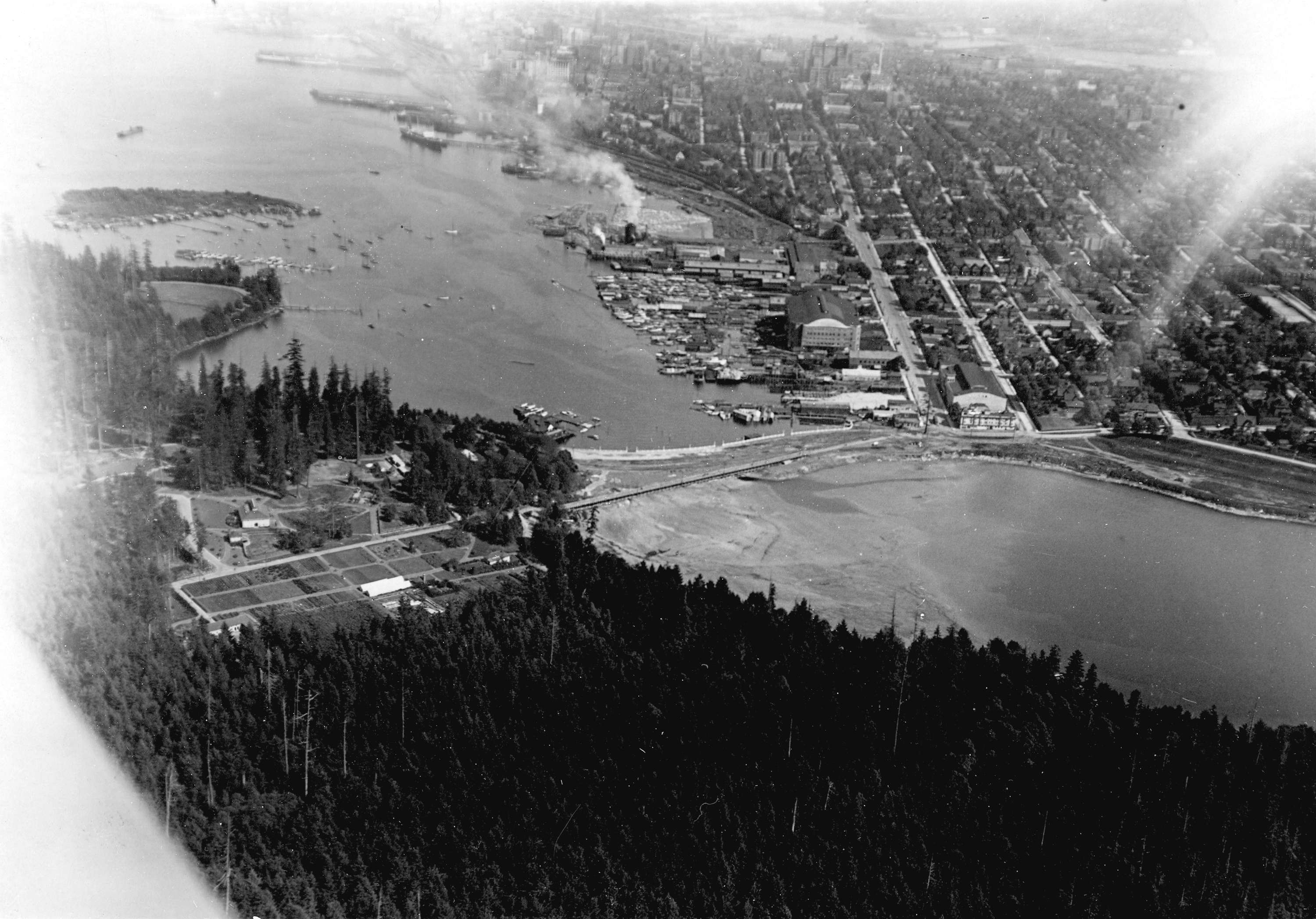 Lost Lagoon From Above 2011 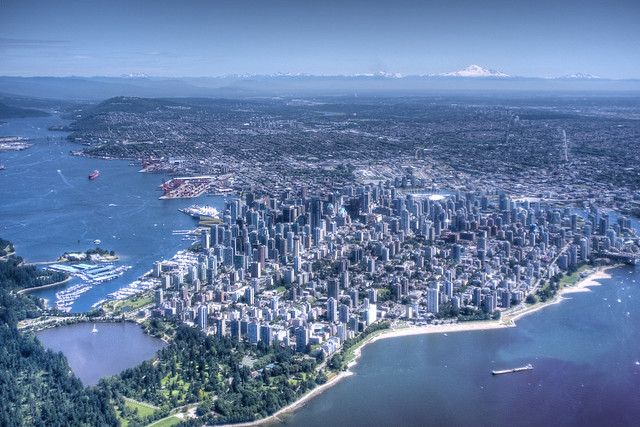 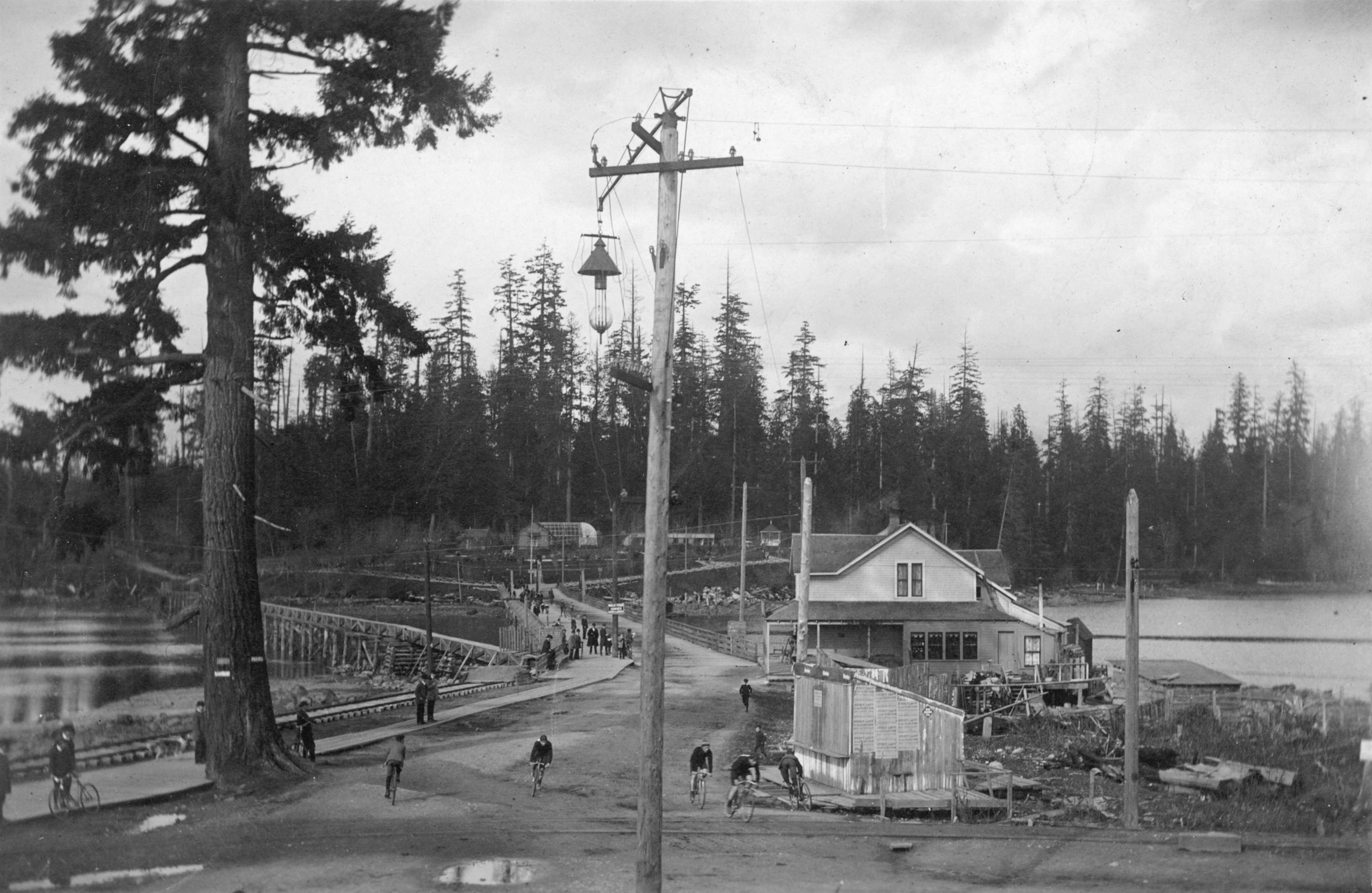 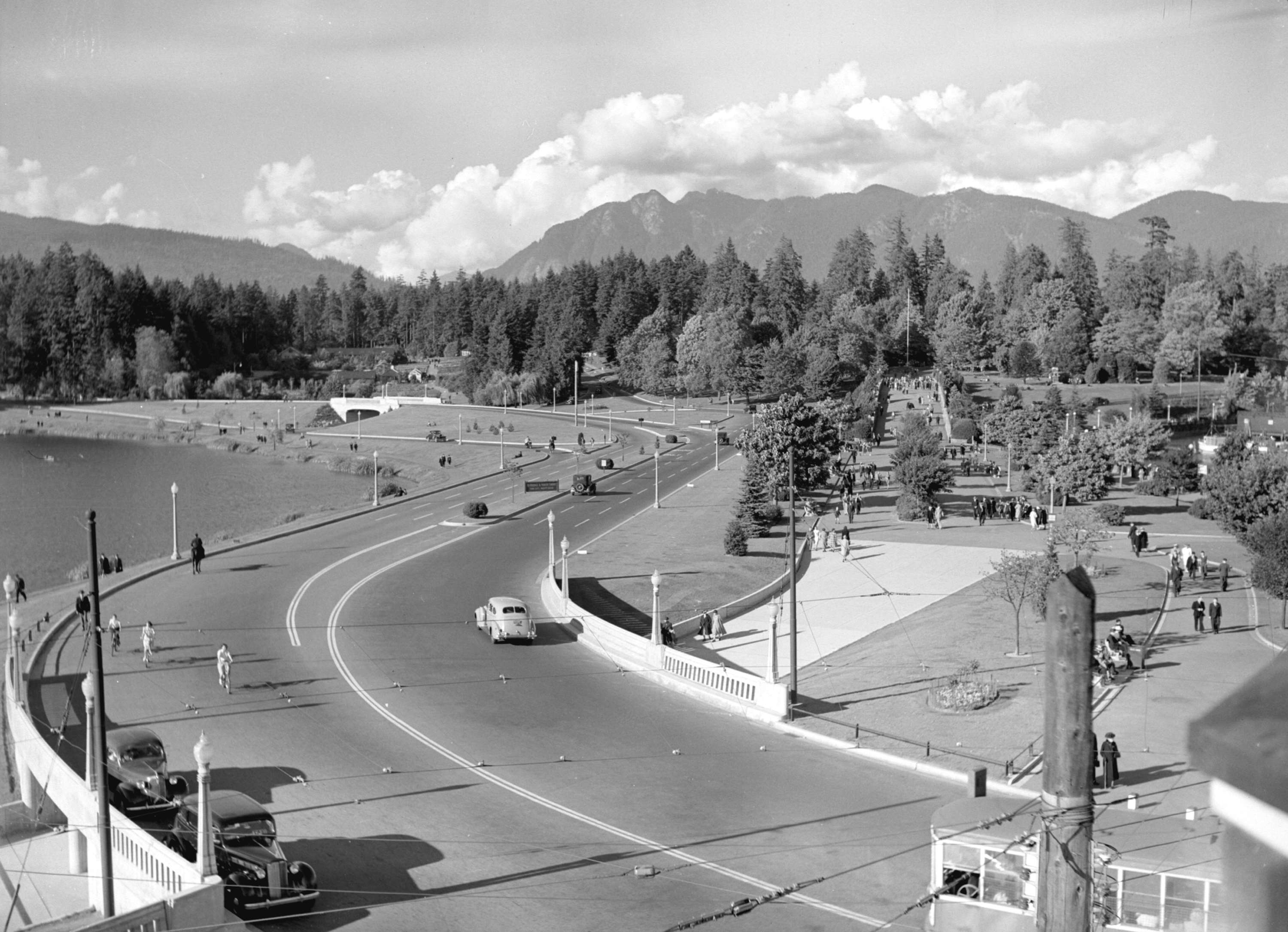 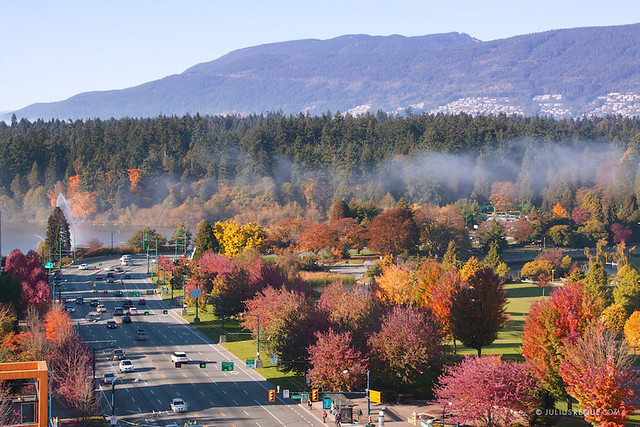 Michael Kluckner writes in his book Vancouver Remembered that we almost lost the lagoon entirely and ended up with a sports field.

The “City Beautiful” plan would have seen the lagoon filled in to provide space for a sports field or a museum or stadium. Michael quotes a Park Board engineer of the time who said, “Fortunately, they never got beyond the plan stage. The design might have been suitable for a Peace Palace or a European Capitol, but would have resulted in substituting for the present beautiful natural lagoon a purely artificial treatment at a very high cost.” Michael comments, “Once again, lack of money saved Vancouver from the visionaries.” [Source: Vancouver History]

“The next phase in the lake’s development came in 1929, when the saltwater pipes entering from Coal Harbour were shut off, turning it into a freshwater lake. The BC Fish and Game Protection Association was given permission to stock the lake with trout. The Stanley Park Flyfishing Association was formed, and charged members to fish in the lake, while the park board profited from the canoe and boat rentals. This came to an end in 1938 when the walkway around the lake was constructed and the area declared a bird sanctuary.” [Source: Mike Steele: Vancouver’s Famous Stanley Park: The Year-Round Playground] 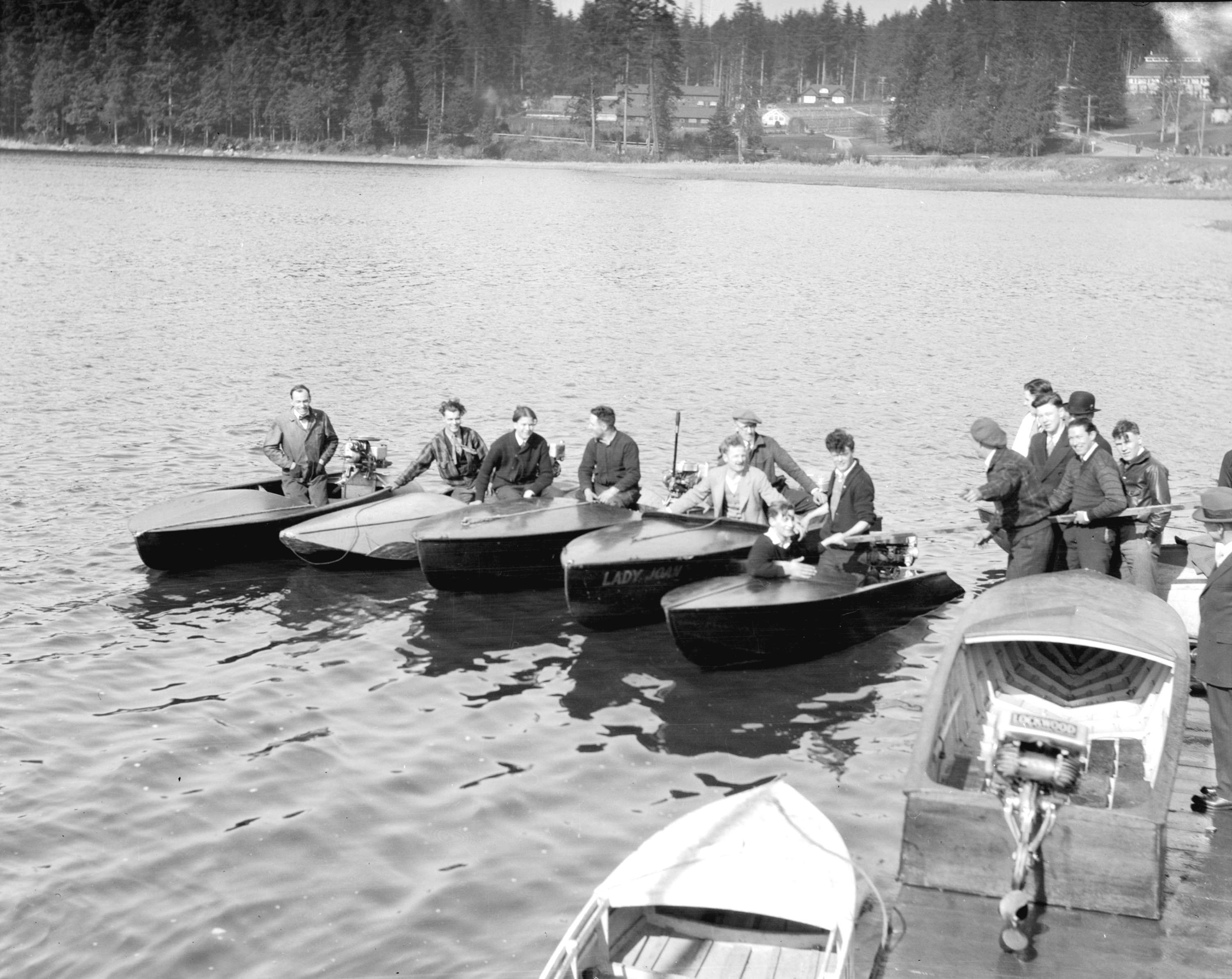 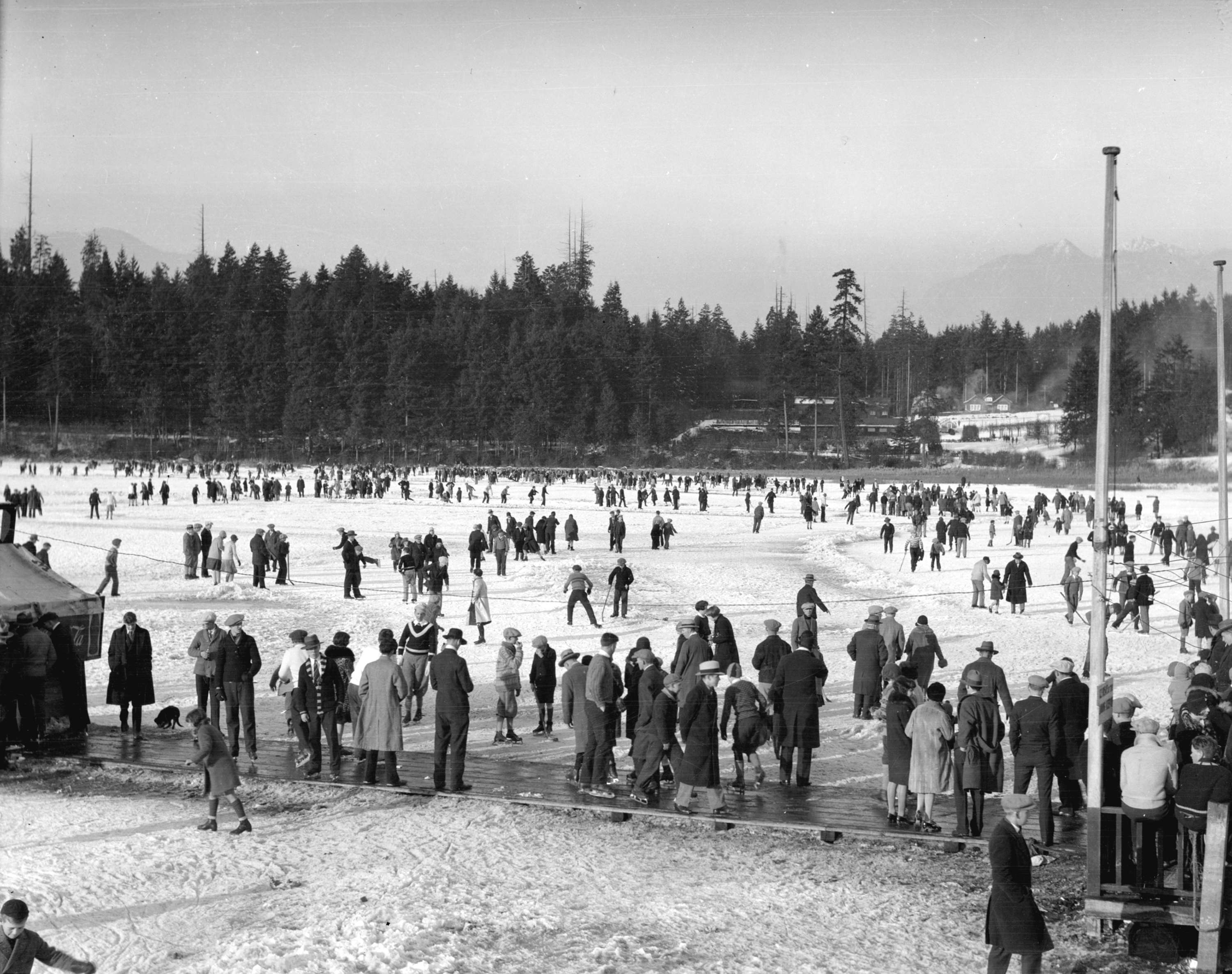 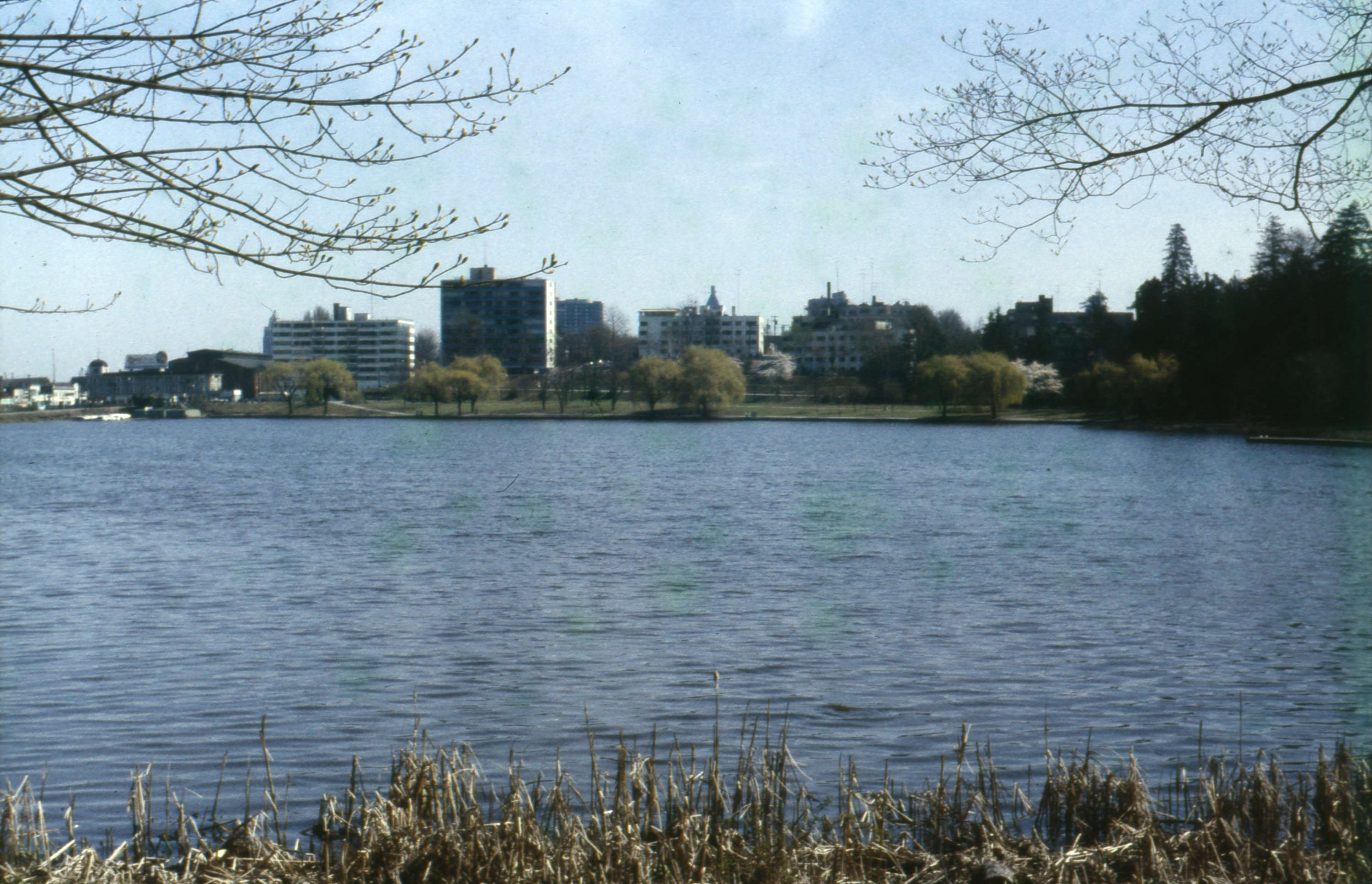 The Jubilee Fountain was installed in 1936. 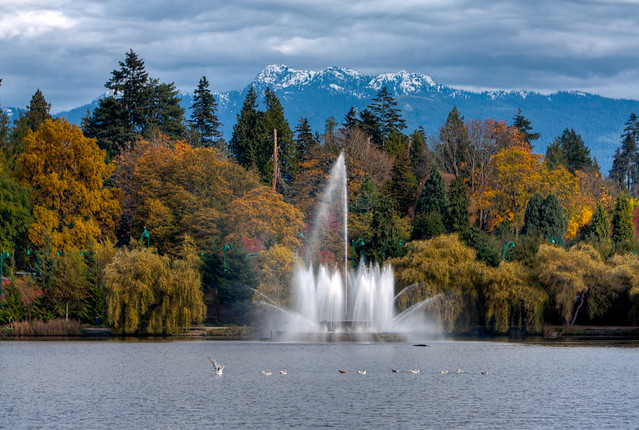 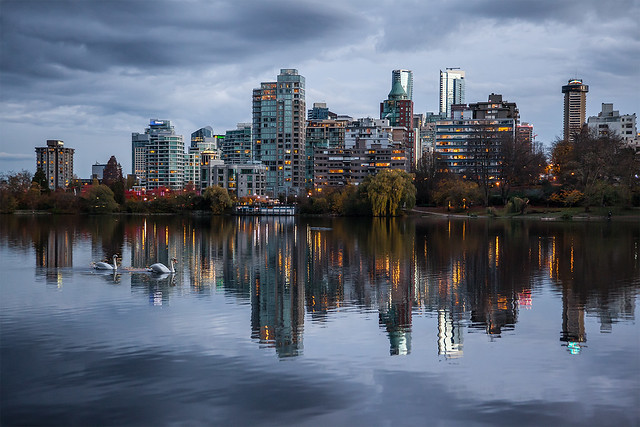 Today, Lost Lagoon is home to the Stanley Park Nature House, views of the West End, and many of the park’s creatures — from swans and geese to otters, beavers, and flying squirrels.

Also on Miss604.com
« Explore Canadian Winter Destinations and Enter to Win 50,000 IHG Rewards Club Points
Things to do in Vancouver This Weekend »