It has been the soundtrack to sleepovers, road trips, and pool parties for almost thirty years. With that kind of pressure, and a lot of anticipation, Dirty Dancing premiered on stage in Vancouver and left even the biggest super-fans extremely happy.

Dirty Dancing on Stage in Vancouver 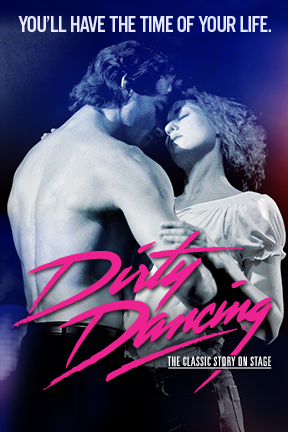 Opening at the Queen Elizabeth Theatre earlier this week, I was delighted to see how well the classic 1987 film translated from screen to stage — it’s as though it was meant to be performed on stage all along. Vibrant costumes, toe-tapping musical numbers, and the soundtrack everyone knows the words to.

I could tell that many excited patrons, who posed for photos next to the show poster in the lobby of the theatre ahead of time, were cautiously optimistic: Would this production live up to the cinematic version they loved so much?

When the show began it felt like I was at a Las Vegas cabaret, with the crowd hollering and clapping even before the performers appeared on stage. The live band, which also played the band in the show, was dressed the part. The costumes, both prim and proper 1963 attire for respectable young men and women, and the bombshell dance outfits, were brilliant on stage and under the lights.

My friend Keira, who watched her VHS copy countless times growing up, said that even the casting was perfect. Just by browsing head shots in the program ahead of time she knew who the actors were portraying. Their looks were spot on as were their performances (like Ryan Jesse as Neil Kellerman). Although there will never be another Patrick Swayze, the crowd sure did love Christopher Tierney as Johnny Castle.

As for me, I was smitten with Jenny Winton as Penny, but there were so many standouts, it was a great ensemble. Live singing by Adrienne Walker (Elizabeth) and Doug Carpenter (Billy) just brought that much more life to an already animated performance.

The show did a great job of not taking itself too seriously, while still delivering unique effects and a quality production – from bright golf course and dining room scenes to the sultry secluded employee dance cabin numbers. The audience clapped along with musical numbers, cheered aloud when favourite lines were delivered, and I swear I heard several people sing along to Kellerman’s Anthem.

Dirty Dancing is on stage at the Queen Elizabeth Theatre until January 17, 2016. Tickets are available through Ticketmaster online. Performances run Tuesday through Saturday evenings at 8:00pm, Sunday evening at 7:30pm with Saturday and Sunday matinees at 2:00pm.

It’s great for date night, girls night, or simply a fun night out. Make sure you pose in the photo booth with some of your favourite quotes from the show too.

Share14
Tweet
Share
Pin
Email
Reddit
WhatsApp
14 Shares
Current Contests on Miss604
*All contests are open to residents of Canada only, unless otherwise stated. Contest timelines are published on each individual post along with entry methods. Some contests may only be open to those 19 years of age and older. Winners are announced on the contest blog posts. Contest policy »

Also on Miss604.com
« An American History Walking Tour in Concord, Massachusetts
Things to do in Vancouver This Weekend »