Mamma Mia!, the smash hit musical based on the songs of ABBA, returns to the Queen Elizabeth Theatre in Vancouver March 29th to April 3rd, 2016. 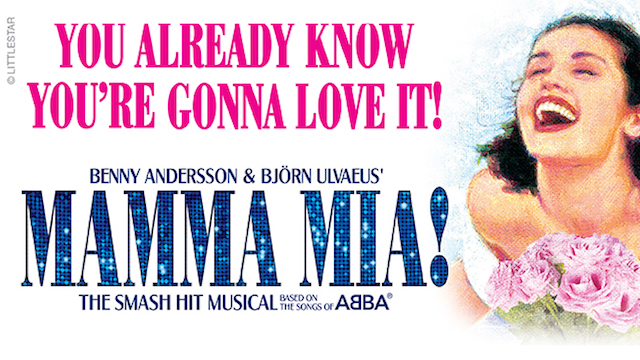 Mamma Mia! is one of the most successful musicals of all time, the eighth longest running show in Broadway history and one of only five current musicals to have run for more than ten years on Broadway. The West End production is now in its 17th year. The international tour has visited more than 81 foreign cities in 37 countries.

AMamma Mia! is the ultimate feel-good show that has audiences coming back again and again to relive the thrill. Now it’s your turn to have the time of your life at this smash-hit musical that combines ABBA’s greatest hits, including “Dancing Queen,” “S.O.S.,” “Super Trouper,” “Take A Chance on Me” and “The Winner Takes It All,” with an enchanting tale of love, laughter and friendship. Whether it’s your first visit or your fourteenth, see the show that has the whole world coming back for more, because every time feels like the first time at Mamma Mia!