We stood out on a dock at Lac Beauvert in Jasper, on an October night so clear that the only clouds around were the ones we made with our breath. Across the lake, the bass from a wedding party thumped at the Fairmont Jasper Park Lodge and above us hung a moon so full we didn’t need flashlights. John set up a tripod, while I doubled up on my gloves, and we attempted our first night time/stargazing photography session. 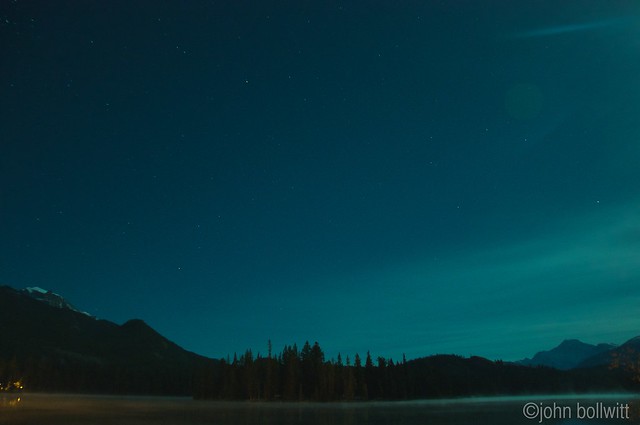 The full moon made it tough to capture all of the twinkles above but we were in such a fantastic location, that even our rookie attempts turned out pretty good. It’s such a wondrous feeling to look up into the night sky and see it shimmering from one end of the horizon to the other – such an awe-inspiring sight is rarely experienced in the big city because of all of the light pollution getting in the way. Luckily, there are several Dark Sky Preserves across the country so if you truly wanted to get away from it all and stare up at galaxies far, far away, you can in these very special places. 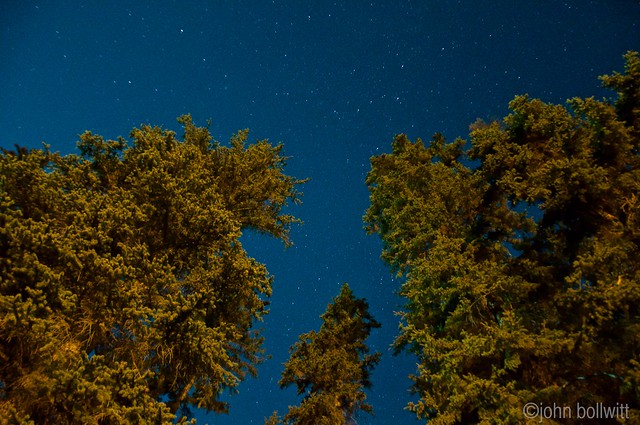 The Royal Astronomical Association of Canada (“RASC”) has several formal guidelines and requirements for becoming a Dark Sky Preserve, an Urban Star Park or Nocturnal Preserves. 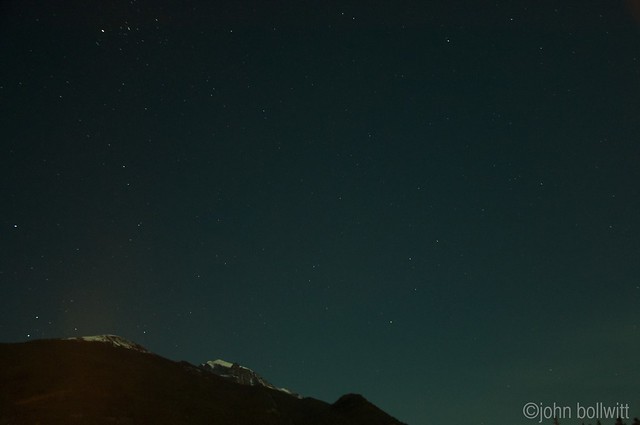 In Alberta, there are three Dark Sky Preserves and it just so happens then John and I visited two of them on our recent trip: Beaver Hills at Elk Island National Park, Jasper National Park, and Wood Buffalo National Park.

Follow the Athabasca Glacier up to the Milky Way in this stunning national park, ripe with photo opportunities day and night. In October, Jasper hosts the Dark Sky Festival that features free community events with the TELUS World of Science Edmonton and RASC (that include fun family activities like building your own pop bottle rockets), as well as paid keynote addresses from some of the world’s most celebrated scientific (and entertaining) personalities. 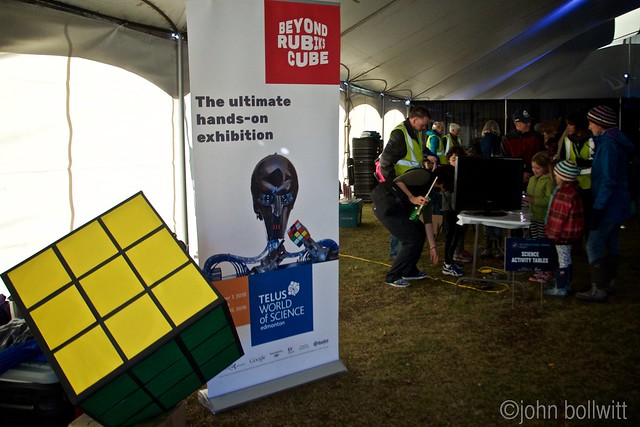 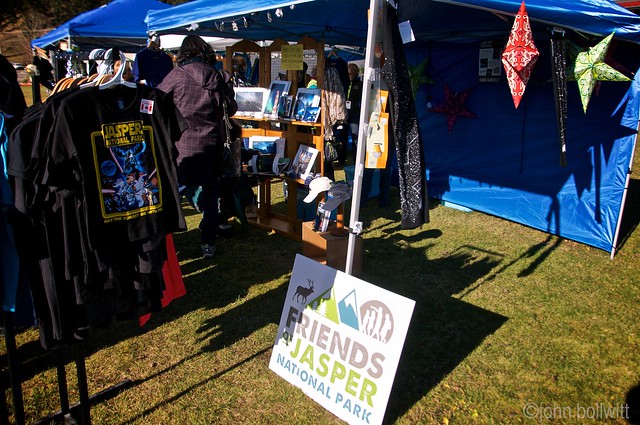 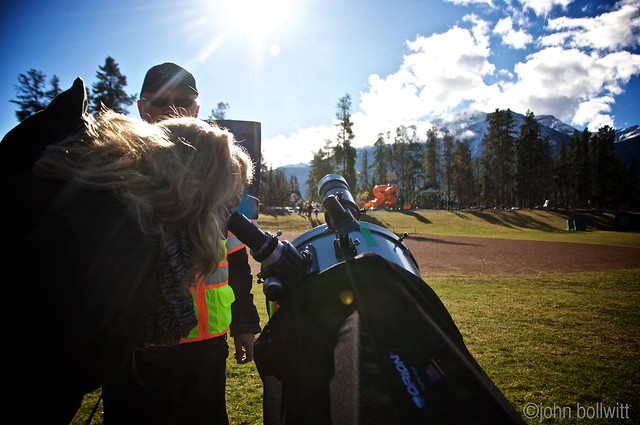 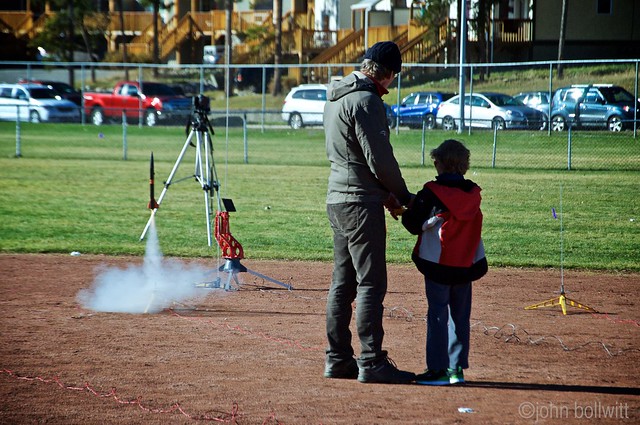 John and I were in town for the Dark Sky Festival and we were able to sit in on a keynote with Commander Chris Hadfield as well as a trio of Mythbusters (Tori Belleci, Kari Byron and Grant Imahara). The festival included some nightly wine & dine events as well as generous samplings of the Jasper Brewing Co‘s Dark Sky Dark Rye Lager. 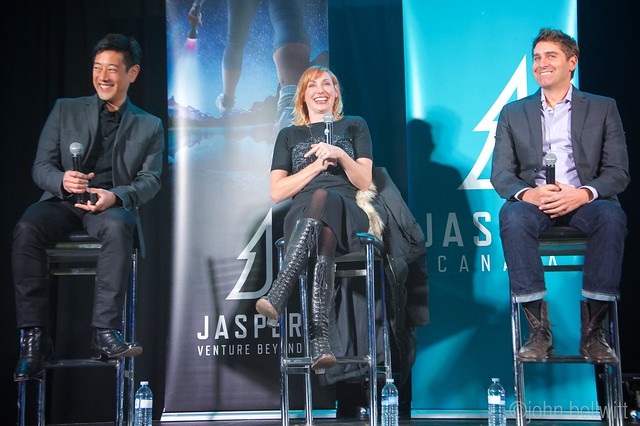 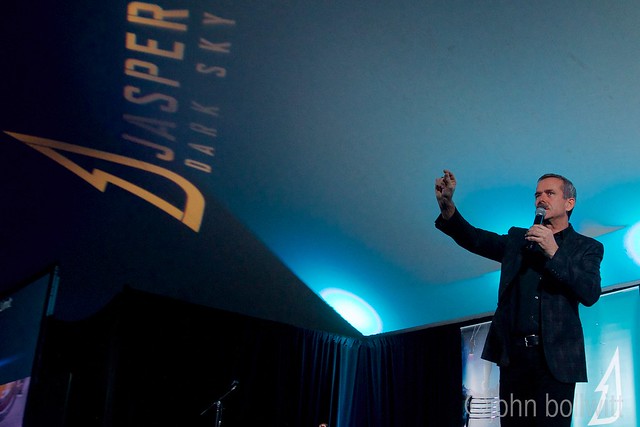 This legendary Rocky Mountain park has a bustling town centre, resort lodges, SkyTram, and skiing at Marmot Basin. It was gorgeous in the fall, when we drove up the Icefields Parkway from Banff, and I can only imagine how wonderful it would be to ski or snowshoe on a winter’s day, hug a mug of hot chocolate by the fire in the evening, and step outside to view the Northern Lights painting the stars in a brilliant green hue at night. 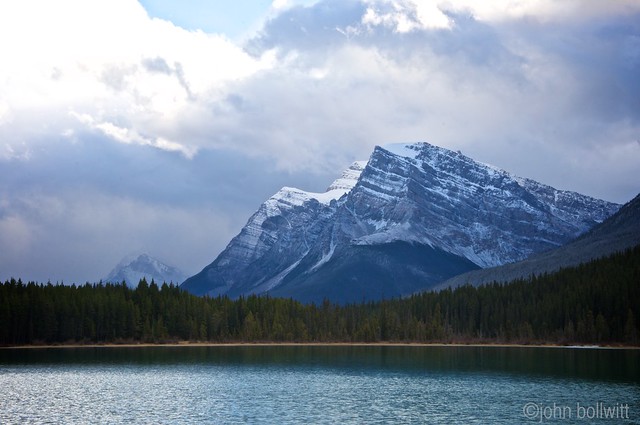 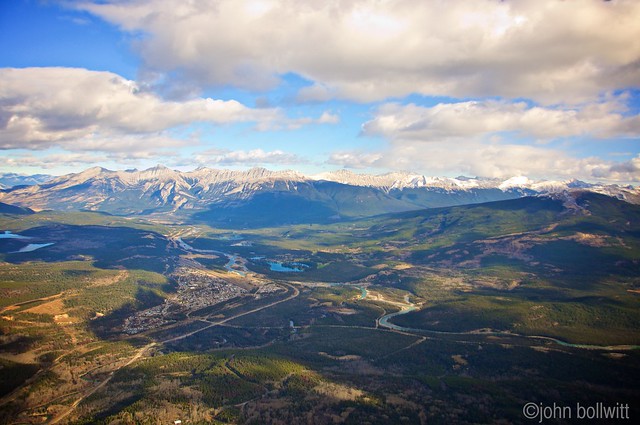 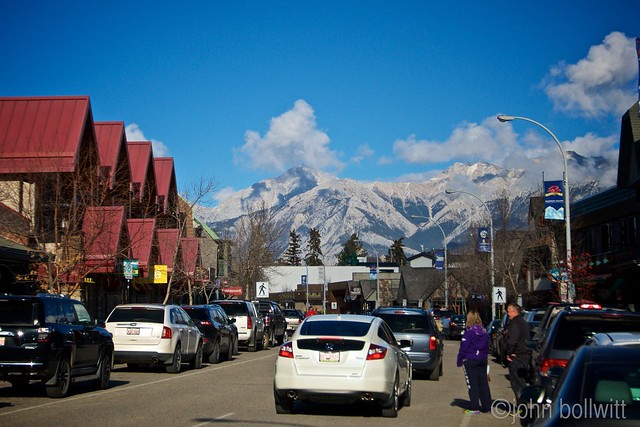 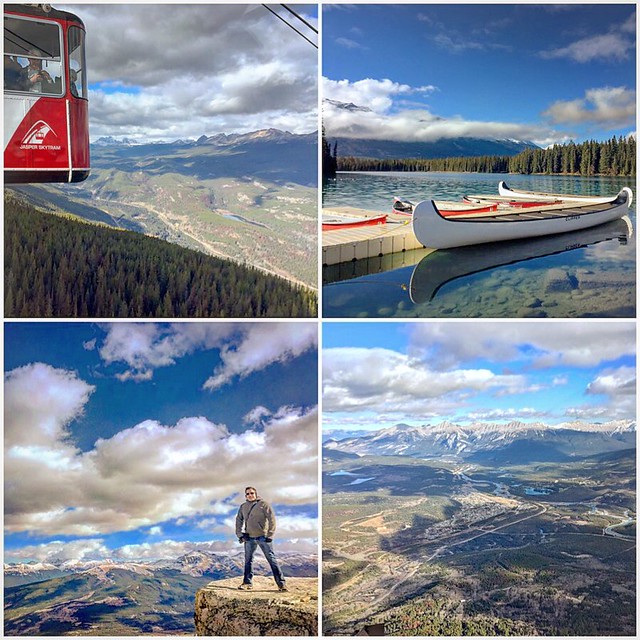 Our second Dark Sky experience in Alberta was when we discovered Elk Island National Park, located roughly 40km east of Edmonton and home to hundreds of bison, a thousand beavers, and over 250 bird species. 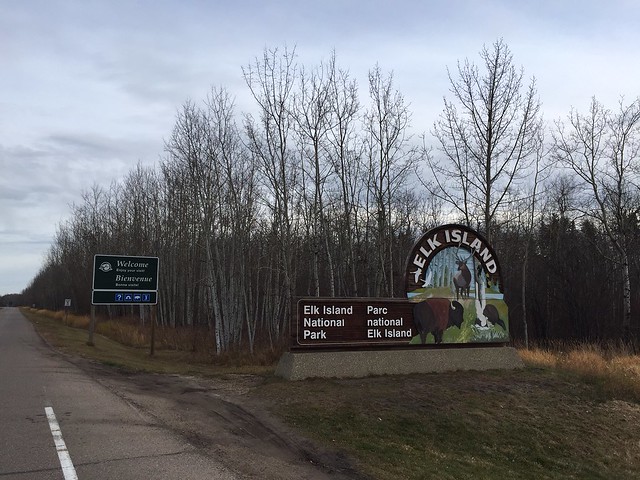 Elk Island was founded in 1906, becoming Canada’s first wildlife sanctuary, and we toured the bison handling facility with two Parks Canada rangers who explained how these magnificent animals were brought back from near extinction. Around the turn of the century, after having a booming population of over 30 million, fewer than 200 plains bison were left in the world. 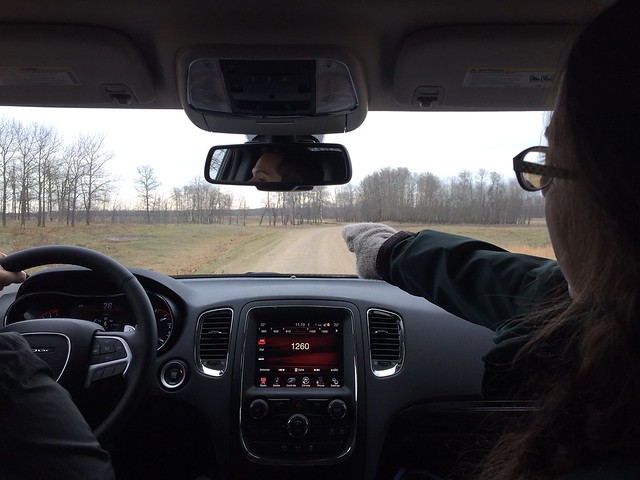 Today, Elk Island is home to 5% of the world’s bison population, with over 450 Plains Bison and over 300 Wood Bison, and they experience 20% herd growth each year. 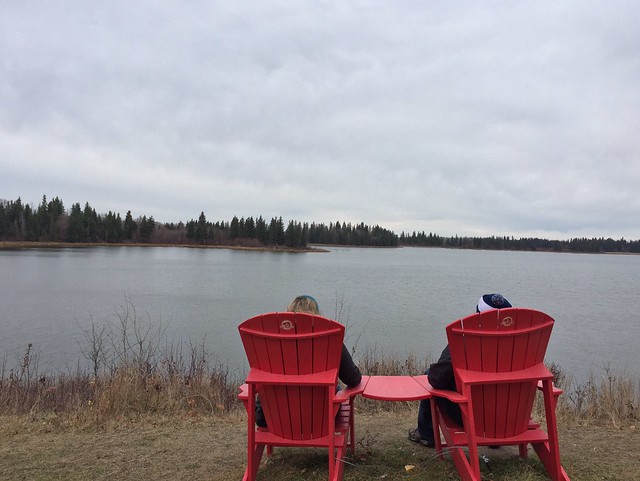 At 194 square kilometres, it is Canada’s only fenced national park, and its wetlands and forests provide the ideal home base for those looking to look up at a clear night sky. The visitor centre is open year-round and camping is available from May to October. Photograph bison at sunrise, have an afternoon picnic by the lake, enjoy an evening campfire as the Northern Lights flicker above, and definitely get in some stargazing. 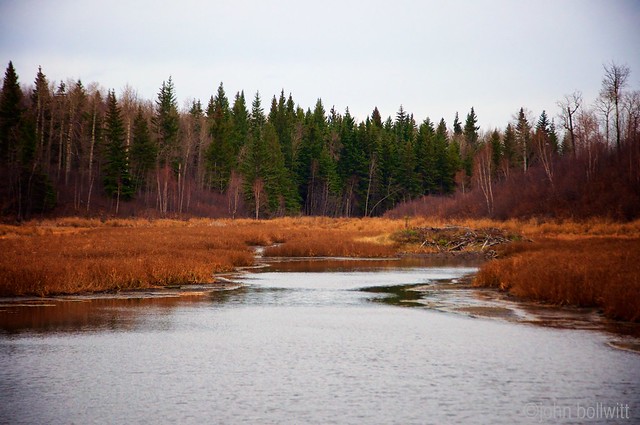 You’re only half an hour away from the hustle and bustle of Edmonton but you will feel like you’re in an entirely different part of the world. A place where the trembling aspen glow bright yellow in the fall as herds of elk graze beside swollen ponds, where busy beavers build up their lodges. We’re already planning to return in the spring to camp and canoe, and of course get in some dark sky viewing – and photography now that we have some experience.

Leave the city behind and explore another side of Alberta, while staring up at the universe, and discovering all that you can see and do under dark skies.

Also on Miss604.com
« Granville and Robson 1969 Then and Now
Ballet BC Presents Alberta Ballet’s The Nutcracker »