This has been my summer of helicopters and each time the door is shut, headsets are adorned, and the rotor blade spins, my heart races and prepares for not only the amazing scenery I am about to witness, but for the thrill of the ride. 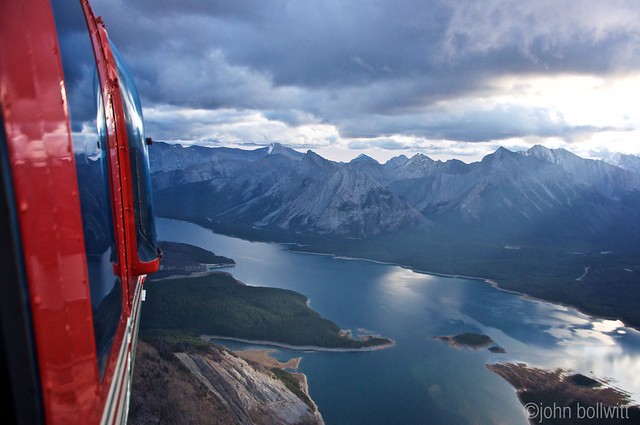 While on our Alberta road trip in October, John and I stayed a night in Canmore which introduced us to some great food (at Murrieta’s), great beer (at Grizzly Paw Brewing), and the first of many Rocky Mountain adventures we would experience together on this trip.

Our Morning Helicopter Tour in Canmore

We walked over to Alpine Helicopters from our hotel (Solara Resort & Spa) where we walked into a warm and welcoming visitor centre with souvenirs, maps, charts, and freshly-brewed coffee. After checking in, we watched a safety and instructional video in an adjoining room. This outlined the procedures at Alpine Helicopter, what to do when we walk out to the aircraft, and other helpful bits of information for our flight. 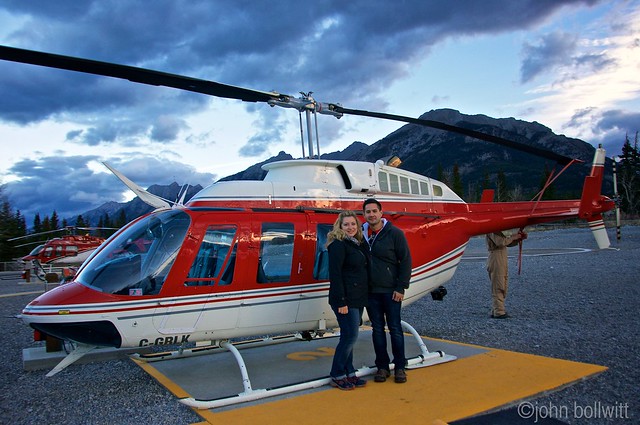 Once the video was over, we were escorted out to the landing pads and hopped into a 6-seater. The sun was just making its way over the mountains to the east of us, painting the Three Sister of Canmore (Faith, Hope, Charity) in the warm orange glow of the morning. We then lifted off and climbed to 9,000ft, circling between Alberta and BC. 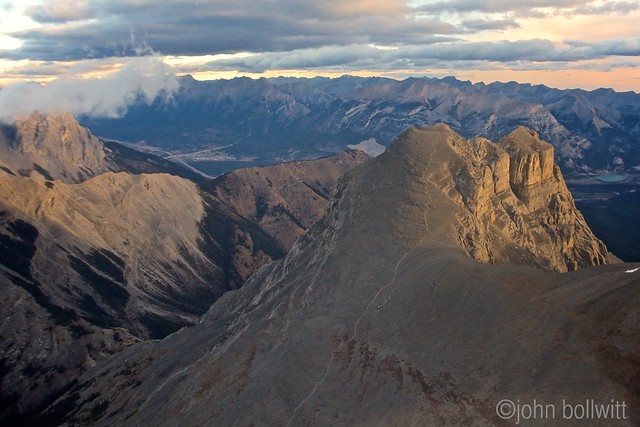 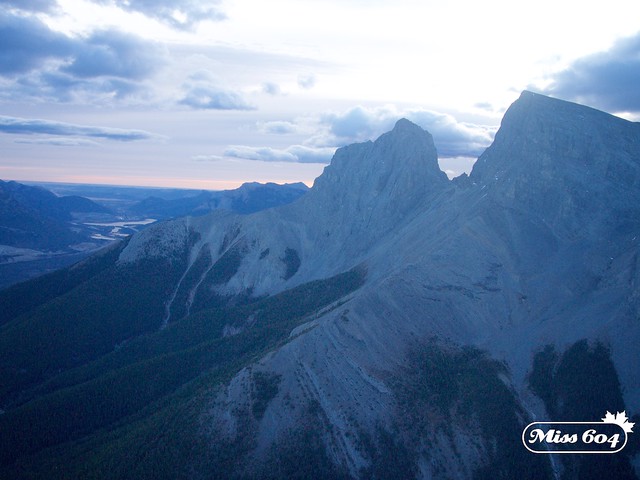 We spotted Mount Assiniboine (known as the Matterhorn of the Rockies), Brewster Mountain, glaciers, a reservoir, early season backcountry skiers, radio towers, patches of controlled forest burns, Spray Lake, Owl Lake, and other landmarks that revealed themselves as the sun painted the peaks and valleys with morning light. 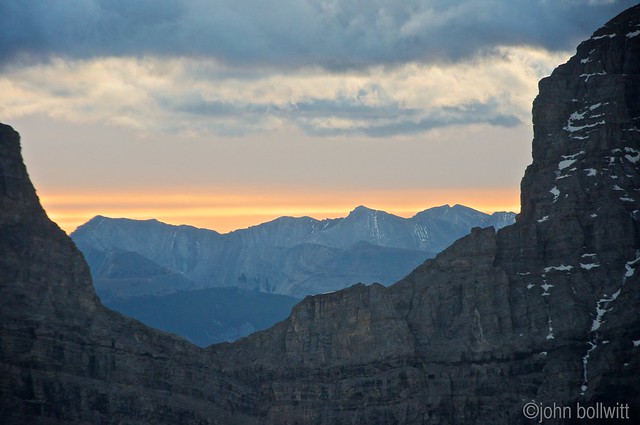 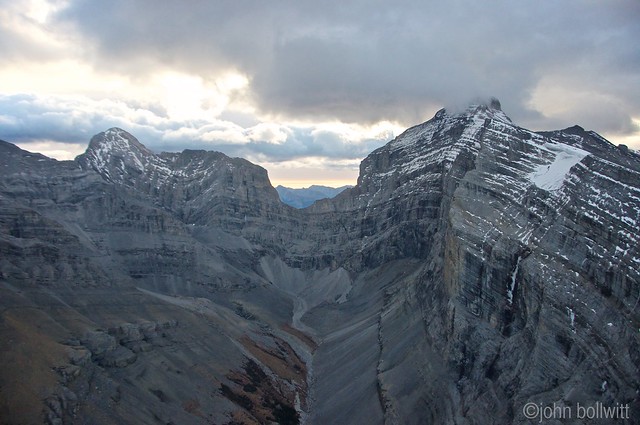 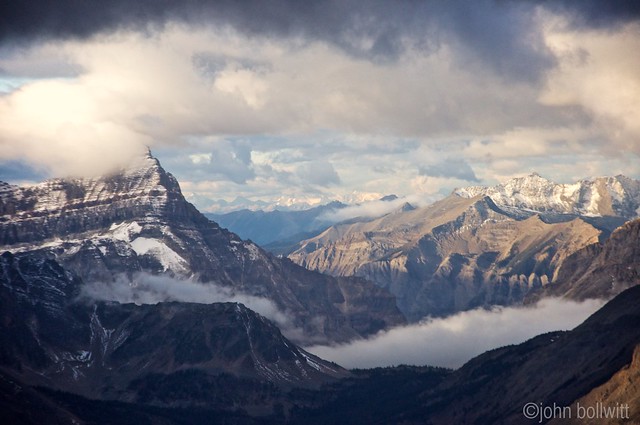 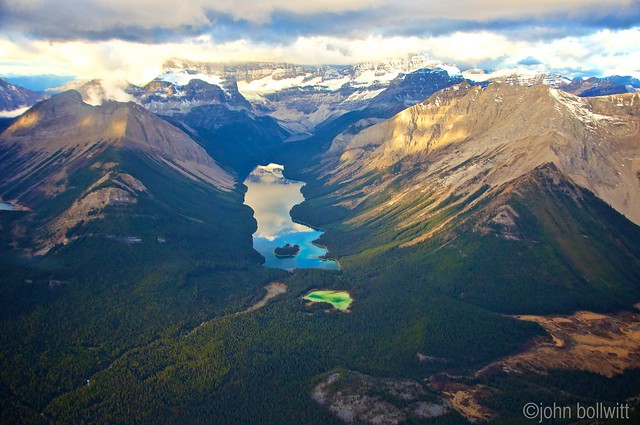 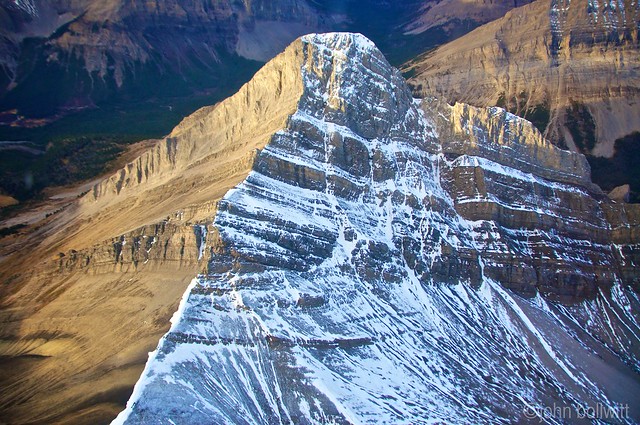 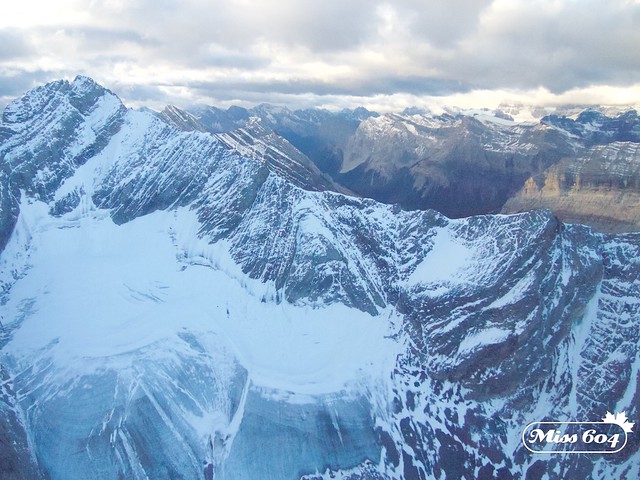 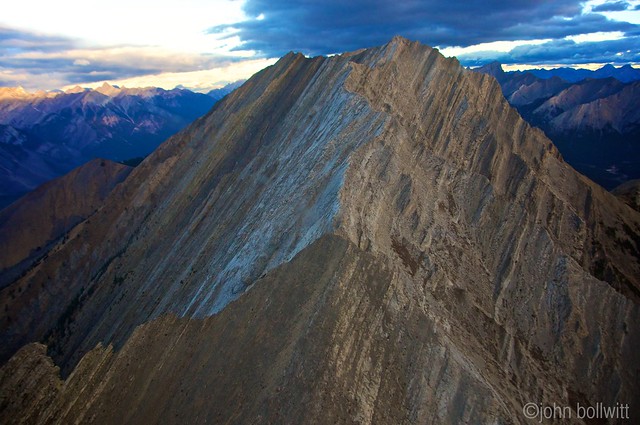 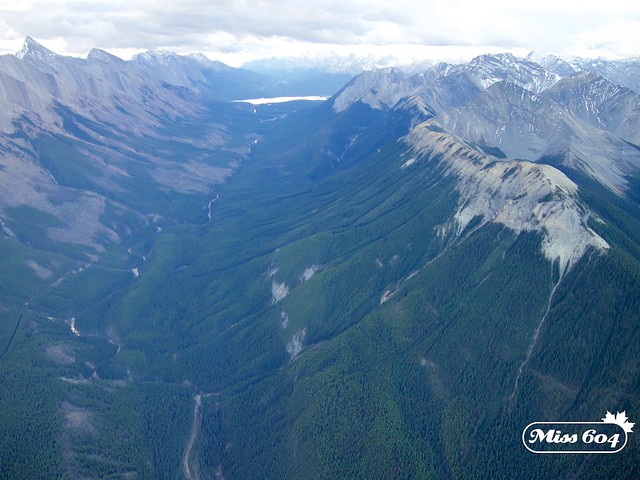 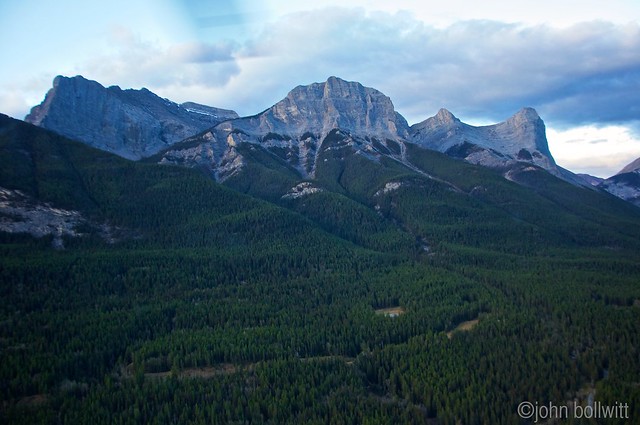 The experience was very professionally-run and our pilot came on the radio often to tell us about points of interest. I liked that the bubbled windows allowed for some great photo-ops that included the helicopter itself as we flew. My window also had a small hole that was unplugged where I could pop my camera lens and get clear shots of the mountain ranges. John did not have the same advantage but I still love his photos from the other side of the craft as we circled around. 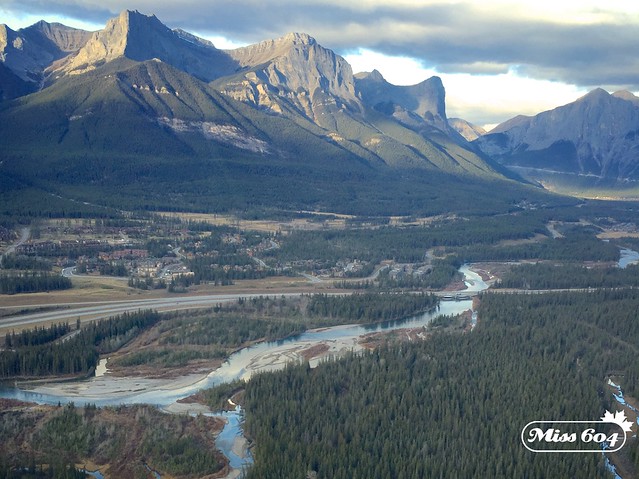 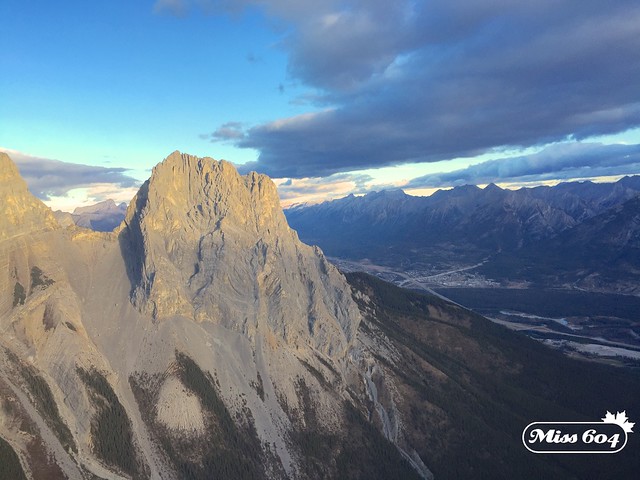 Following our flight we received a certificate and a laminated map so that we could identify some of the locations we flew above. We were up for about 30 minutes (the Royal Canadian Tour, and Alpine Heli also offer 12 minute and 25 minute tours from Canmore. 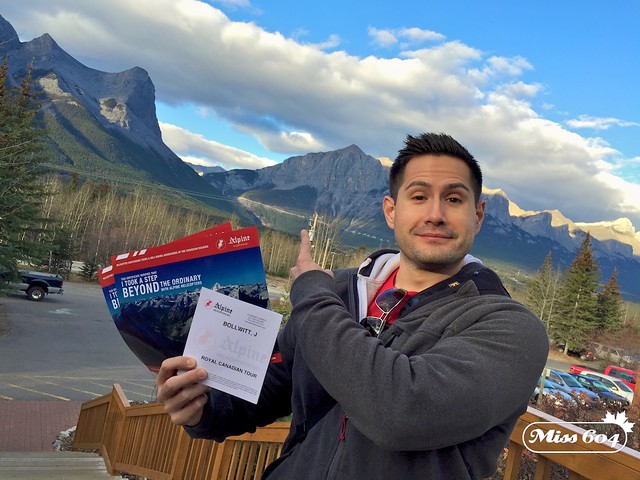 They have one of the largest Bell helicopter fleets in Canada and run private charters, tours, and heli-skiing/heli-hiking throughout the year. Learn more by following Alpine Helicopter on Facebook and Twitter. John’s photos are all available on Flickr here, and mine are on Instagram and Flickr as well.

Share375
Tweet3
Share
Pin
Email
Reddit
WhatsApp
378 Shares
Current Contests on Miss604
*All contests are open to residents of Canada only, unless otherwise stated. Contest timelines are published on each individual post along with entry methods. Some contests may only be open to those 19 years of age and older. Winners are announced on the contest blog posts. Contest policy »