This Christmas, add even more magic and wonder to your holiday activity lineup by checking out Enchanted Nights at Bloedel. 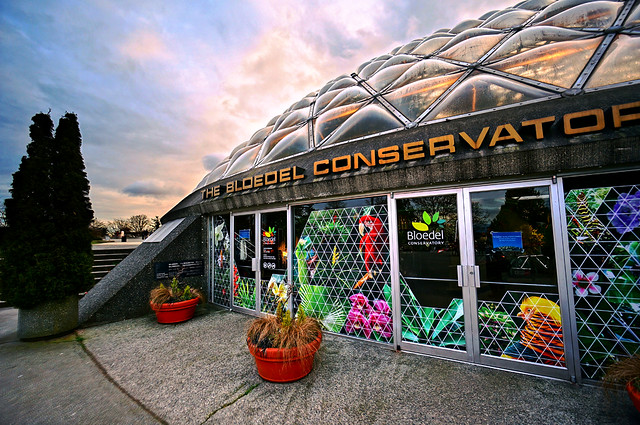 The Bloedel Conservatory, celebrating 46 years on December 6th, is one of Vancouver’s most spectacular hidden gems. As Canada’s largest single-structure conservatory, you’ve probably spotted its geodesic-style roof at QE Park and if you’ve ventured inside you would have discovered its exotic birds, plants, and tropical paradise all encapsulated within its unique structure.

Walk through a miniature world of artisan fairy and sprite villages with magical lights, holiday music, and live entertainment set amongst the dome’s tropical plants and exotic birds.

The fun continues outside on the Queen Elizabeth Park plaza. Grab a treat, take a pony ride, and snap a selfie at the highest viewpoint in the city. Make a full date night of it and reserve a table for dinner at Seasons in the Park.

When you buy tickets to the Festival of Lights at VanDusen, you get free entry to Enchanted Nights at Bloedel.