Canada is on the road to the 2018 FIFA World Cup Russia™ facing Honduras in a crucial match on Friday, November 13th, 2015 at BC Place. The team is calling on all Canadians to be the 12th man and rally together as we collectively build a sea of #CanadaRED support. 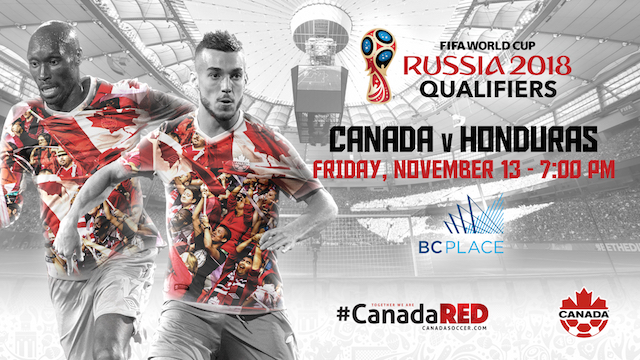 To help get ready for the match, and to get to know our national players, check out the recently released interview with Fraser Aird:

The Road to Russia

Canada are amongst the 12 CONCACAF nations in the hunt for a spot at the 2018 FIFA World Cup Russia. The remaining nations have been split into three groups for the continent’s 2015-2016 semi-final stage. The top-two nations in each group will advance to the final round in 2017, from which three nations qualify for Russia 2018 and the fourth team advances to an intercontinental playoff. 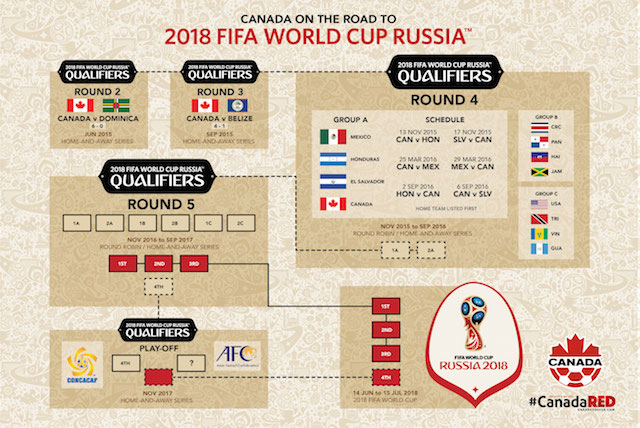 In this round, Canada will play six matches, with both a home and away encounter against Honduras, El Salvador and Mexico. Matches will be played over three international windows, with the first two matches 13 November at home against Honduras and 17 November on the road against El Salvador. Canada then faces Mexico twice in March 2016 and El Salvador/Honduras again in September 2016.

Support our national team on November 13th at BC Place. Tickets start at just $25 and groups of 10+ are eligible for discounts of up to 30% off regular priced tickets. Find purchase info and more details online.

Get on the Road to Russia with Canada! I have an awesome prize pack to give away thanks to Canada Soccer that includes: 4 tickets to the Canada vs Honduras match, 4 Canada Soccer scarves, and 4 mini soccer balls. Here’s how you can enter to win:

Update The winner is @StephanieWells4!