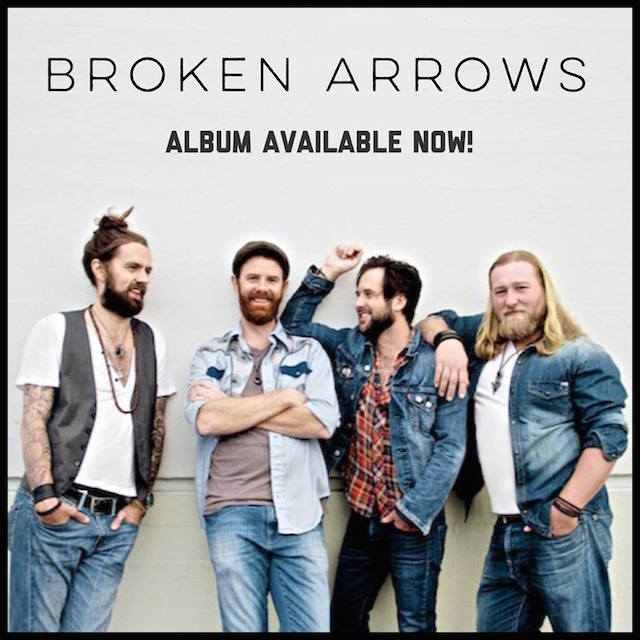 In 2008, back when John and I still did an independent music podcast, we received an email to our general contact form online. It was from a guy called Matt, and he and his band (The Matinée) were going to play a show at The Wired Monk in Kitsilano. I ended up interviewing him for E!Online, back when I was also a contributor to the Canadian entertainment site, and we’ve kept in touch ever since.

7 years later, this talented and soulful roots/folk/alt-country group has gone from 6 members to 4, they have toured extensively across North America, have played major festivals like JUNOfest and Live at Squamish, placed within the Top 3 in the Peak Performance Project, have been named #2 Best Local Band by the Georgia Straight, released their album We Swore We’d See the Sunrise in 2013, and in recently completely four major Canadian tours.

It seems like the bus wheels keep on turning for Matt Layzell, Pete Lemon, Matt Rose and Geoff Petrie, but they’re now back in Vancouver and cooking up a new full-length album with a “more rock” feel. As a bit of a teaser, they have released the Broken Arrows EP featuring the popular track Call of the Wild, a new single Broken Arrows and three other tracks.

The band approached long time cohort Steve Bays (Hot Hot Heat, Mounties) with a batch of undercooked new songs and half-cooked dreams of the next album. Bays turned to the band and said, “No – we’re starting from scratch.”

With Bays and long-time collaborator Ryan Dahle (Limblifter, Age of Electric, Mounties) at the production helm, the band locked themselves in Vancouver’s fabled Greenhouse Studios for a week – raising their antenna to the noosphere, courting madness, reaching, stretching, rocking, and pretty much reinventing themselves.

The resulting collection of songs – the Broken Arrows EP – is palpable, not to mention infectious. The session captured a balance of risk and seasoning – something only achieved after years of friendship and collaboration, blood, sweat and tears shared on and off the road by these high school friends.

“It just worked,” concludes vocalist Matt Layzell, on the band’s week long trip to the outer rings of imagination. “It’s like a snapshot from a rest stop along the road of our evolution….and the view is pretty wild.” (Source: Bio)

If you would like to hear the latest from The Matinée, I have two copies of the Broken Arrows EP to give away. Here’s how you can enter to win:

More from The Matinée:

Update The winner is Ryan!

Also on Miss604.com
« Things to do in Vancouver This Weekend
11 Photos of Vancouver at Halloween »