Single tickets are now available for the full lineup of films featured at this year’s Vancouver International Film Festival (“VIFF”) happening September 24th to October 9th. Now in its 34th year, VIFF is presenting 355 films including 238 feature films, 32 World Premieres, 33 North American Premieres, and 53 Canadian Premieres. Festival-goers can expect to experience a diverse selection of films from around the world in 2015. 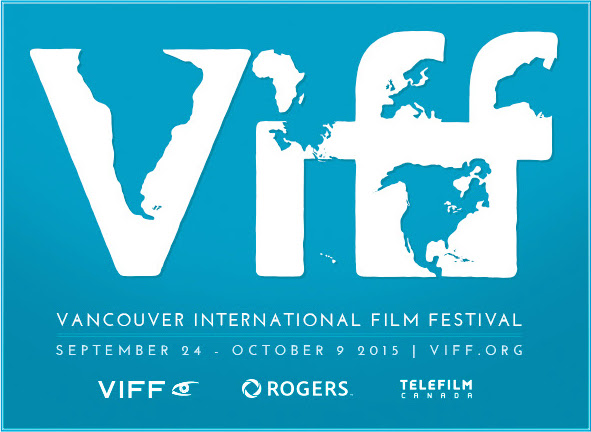 Canadian Images: One of the largest showcases of new Canadian cinema on the planet, Canadian Images is a true point of pride for VIFF. This series is also home to the BC Spotlight, which focuses on the best and brightest of our homegrown talent. Here, festival-goers will find everything from The Forbidden Room, the latest from maverick Guy Maddin, to The Sandwich Nazi, a documentary profile of an outrageous Surrey deli owner.

Cinema of Our Time: A spectacular showcase of narrative films from around the globe featuring both today’s masters and tomorrow’s visionaries.

Dragons & Tigers: The Cinemas of East Asia continues to be one of the world’s largest and most adventurous collections of East Asian cinema. This year’s features the usual array of exciting new discoveries, as well as the latest work by illustrious Dragons & Tigers alums, including Hou Hsiao-Hsien (The Assassin), Kore-eda Hirokazu (Our Little Sister), Jia Zhangke (Mountains May Depart) and Apichatpong Weerasethakul (Cemetery of Splendour).

Spotlight on France: Honouring the rich cinematic culture that continues to flourish in France by highlighting the nation’s finest big-screen offerings, including Cannes standouts such as Arnaud Desplechin’s My Golden Days, Philippe Garrel’s In the Shadow of Women, Alice Winocour’s Disorder and Stéphane Brizé’s The Measure of a Man.

NonFiction Features: A testament to VIFF’s commitment to documentary and essay films that makes it one of Canada’s largest documentary festivals. The involving stories here include Louise Osmond’s Dark Horse, a tale of Welsh underdogs crashing the “sport of kings,” and The Visit (An Alien Encounter), Michael Madsen’s fact-based pre-enactment of an alien invasion.

Arts & Letters: A cinematic celebration of visual and performing arts with a strong focus on captivating films in which music takes centre stage, be it Mavis!, Jessica Edward’s rousing profile of the gospel/soul legend, or Imperfect Harmony, a look at the clash between two titans of classical music. Another of the series’ highlights is the North American premiere of Innocence of Memories, Grant Gee’s magnificent, mesmerizing visual essay about Turkish author Orhan Pamuk.

Stay connected with VIFF for updates and announcements by following @VIFFest on Twitter and pick up your program guide at locations across the Lower Mainland for more information.

Miss604 is a proud Media Partner of the Vancouver International Film Festival
Share7
Tweet
Share
Pin
Email
Reddit
WhatsApp
7 Shares
Current Contests on Miss604
*All contests are open to residents of Canada only, unless otherwise stated. Contest timelines are published on each individual post along with entry methods. Some contests may only be open to those 19 years of age and older. Winners are announced on the contest blog posts. Contest policy »
Comments are closed on this post
Advertisement

Also on Miss604.com
« Things to do in Vancouver Labour Day Weekend
Win a Prize Pack for Hike Fest at the Sea to Sky Gondola »